Thousands of dedicated librarians are braving a foot of snow today in order to better serve our patrons. #frozebrarians #libcicles #alamw15

Blizzard warnings all over Chicago. At least everyone at #alamw15 will have good books to read in their hotel rooms.

FUN FACT: ARCs are high in fiber and can be eaten in case of emergency… say, if a blizzard traps us at McCormick Place #alamw15

Rain or shine, blizzard or heat wave, ALA events must go on!

I said it before but it is worth saying again: thank you SO MUCH @cengagegale for the shuttles at #alamw15! #blizzardof2015

I am grateful for the ALA Shuttle Bus drivers who are doing an awesome job of navigating the snowy streets. #alamw15

If the shuttlebusses quit running we have options. #alamw15 pic.twitter.com/MYhfe2xSea

@levarburton: you are worth braving a blizzard for. Thank you for sharing your time with us. #alamw15

I would listen to @levarburton read the phone book #alamw15

Even in the age of technology, libraries do one thing that no other institution does – provide access for everyone. @levarburton #alamw15

And to add to the blizzard, those who attended Burton’s talk also faced a storm of emotions…

Seriously tearing up over here listening to people talk about Reading Rainbow and the impact it's had on their lives. #alamw15

That was amazing. THANK YOU @levarburton. I need to lie down now because the weeping exhausted me. #alamw15

Even just reading the tweets were emotional!

We’re having fun at Midwinter, but missing some of our fluffy friends! The #alaleftbehind shared their friends to cheer us up!

Trendy trav'lers tend to talk of London, Paris, Rome, NewYork But out in the Midwest Is the city I love the best @alamw 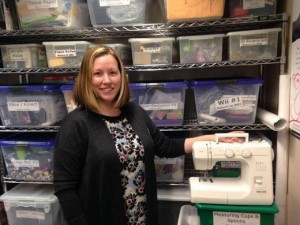 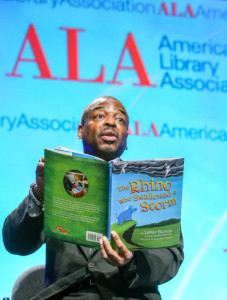 The actor and Reading Rainbow host discusses his important influences