Here’s a recap of the happenings at Midwinter this past Sunday:

The musical Hamilton continued to bring out the musical side of attendees with Act II.

What does ALA really mean?

Some insights on conference:

Disappointed that #alacouncil has still not passed "no pants is the best pants" resolution. #alamw16

I keep seeing the ALA Midwinter hashtag #alamw16 and reading it as Alamo spelt in Welsh.

Can this be our Meowinter mascot?

Pouting at airport like a kid being dragged away from the fair. Time to head home from #alamw16. Thanks to all for making it so much fun! 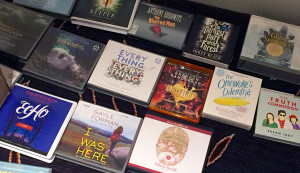