After extended debate, the ALA Council voted to substitute the resolution in support of whistleblower Edward Snowden (CD#39) that passed in Council I on Monday, with a resolution on the need for reforms for the intelligence community to support privacy, open government, government transparency, and accountability (CD#20.4 and CD#19.2) developed by the Committee on Legislation and the Intellectual Freedom Committee, respectively. It resolved that the American Library Association:

1. Reaffirms its unwavering support for the fundamental principles that are the foundation of our free and democratic society, including a system of public accountability, government transparency, and oversight that supports people’s right to know about and participate in our government;

2. In light of present revelations related to NSA’s surveillance activities conducted pursuant to orders issued by the Foreign Intelligence Surveillance count (FISC) under Sections 215 and 702 of the USA PATRIOT Act, the American Library Association calls upon the US Congress, President Obama, and the courts to reform our nation’s climate of secrecy, overclassification, and secret law regarding national security and surveillance, to align with these democratic principles;

3. Urges the US Congress and President Obama to provide authentic protections that prevent government intimidation and criminal prosecution of government employees and private contractors who make lawful disclosures of wrong doing in the intelligence community;

4. Calls upon the public to engage in and our members to lead public dialogues discussing the right to privacy, open government, and balancing civil liberties and national security;

5. Encourages the public to support bills and other proposals that both secure and protect our rights to privacy, free expression, and free association, and promote a more open, transparent government, and be further resolved that;

6. Expresses its thanks and appreciation to the members of Congress who work to protect our privacy and civil liberties.

The Council also passed resolutions urging Congress to designate the government printing office as the lead agency to manage the life cycle of digital United States government information (CD#20.5); a resolution supporting librarians sued for doing their professional duty (CD#19.3); and a resolution to decrease printing for Council meetings (CD#50).

Roberto Carlos Delgadillo, John C. DeSantis, and Julius C. Jefferson Jr. were elected for one-year terms to the Council Committee on Committees. Nicolas H. Buron, Karen G. Schneider, Hadi S. Dudley, Pamela J. Hickson-Stevenson, and Elena Rosenfeld were elected for two-year terms as representatives to the Planning and Budget Assembly. Sue Polanka was elected for a one-year term to the Planning and Budget Assembly to fill the seat vacated by Courtney Young, who became ALA president-elect at the conclusion of the 2013 Annual Conference.

The following individuals were recognized in memorials:

Keith Michael Fiels, ALA executive director and ALA secretary of Council, announced that there were 26,362 attendees at this conference, 6,000+ more attendees than at New Orleans or Anaheim. 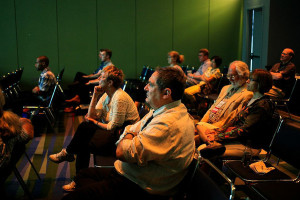