Every day in January, more and more people arrived to see Shakespeare’s First Folio tour at the University of Notre Dame’s Hesburgh Libraries. Guided tours drew university students, groups of schoolchildren, and local residents, many of whom had never set foot in the South Bend, Indiana’s library’s special collections room before. The tour ended last week and is on to 49 other states throughout this year marking the 400th anniversary of Shakespeare’s death. If the response from Notre Dame is any indication, this will be the 2016 blockbuster public program for libraries.

“We’ve been open extended hours, and it’s just gotten busier every day,” said Natasha Lyandres, head of special collections. “The response from the community is just tremendous. Many local people are on campus for the first time.”

The 1623 book of Shakespeare’s 36 plays, which was published in London seven years after the playwright’s death, included 18 which had not been published previously. The First Folios come from the Washington, D.C., Folger Shakespeare Library, which owns 82 of the 233 copies known to exist. The tour was developed by the Folger in partnership with ALA’s Public Programs Office and launched with a grant from the National Endowment for the Humanities, as well as support from Google and other major donors.

Lyandres enjoyed seeing new patrons enter the special collections area. “You have to have a certain courage to come inside (due to low lighting and the need to make a request to see a book),” she said. “This exhibit has really made our collection more accessible. It’s a wonderful opportunity to reiterate that we are here. It’s bittersweet to say goodbye to it.”

Daniel Johnson, English and digital humanities librarian, conducted many of the guided tours and hosted the final one. “It was a money-making venture and a way to preserve the work of Shakespeare,” he said of the printing of the First Folio. They sold for about 1 English pound, or between $150–$250 in today’s dollars, and scholars estimate 750 of the 900-page books were printed. Second and Third Folios were  printed later in the century, and while the Third Folio included even more plays, “we think maybe only one was coauthored by Shakespeare,” Johnson said. The Department of Rare Books and Special Collections at the Hesburgh Library holds several individual plays taken from these later folio editions. The attentive crowd politely lined up for a chance to see lines from Hamlet in the glass-encased First Folio.

In addition to guided tours, Notre Dame hosted weekly Friday afternoon lectures, which were also a surprise hit. Originally planned to take place in a room in the library, the lectures had to be moved to Carey Auditorium to accommodate the crowds. The final lecture, given by Michael Witmore, director of the Folger Shakespeare Library, was standing room only.

Witmore spoke about the delicate balance the library must strike between preserving rare assets and sharing them, and why the Folger decided to embark on the tour. Moisture, microbes, and other exposure can damage the fragile books, and the library wants them to last another 400 years. Yet “if it dies culturally, it doesn’t matter what’s in the basement,” he said. “You can have a lot of candles in a basement. Unless you light one, you don’t know what it’s worth. You’ve got to light the candle sometimes.”

The library recently hired a director of digital access to make the collection accessible electronically to everyone, and Witmore spoke about the difficulties of digital preservation as formats change. “It’s not enough to pile up the digital assets,” he said. “You’re going to have to start interpreting them.”

Project Dust Bunny is one of Folger’s research projects. “People lean over books,” Witmore said, depositing a bit of dust and themselves while peering at the pages. Researchers scraped a bit of dust from between the pages and sent samples to the National Institutes of Health to see if DNA could be retrieved. At least two complete DNA profiles were compiled from the dust, but obviously not Shakespeare’s. The samples reveal what our biological profiles were before penicillin and even some epidemics. “We’re the first research library to host a bio-archive in its basement,” Witmore said. Now the concern is how much “evidence” is OK to retrieve, because in future years, more sophisticated methods may be able to glean even more information from the dust.

One requirement for libraries hosting the First Folio was to conduct workshops, which Folger’s Department of Education helped create. Notre Dame hosted more than 40 workshops geared to students, teachers, and families. About 1,200 middle- and high-school students from all over the area saw the First Folio and costumes from Shakespeare at Notre Dame on display and attended workshops. The university hosted a sold-out performance of A Midsummer’s Night Dream with Actors from the London Stage for the final night of the tour. “Selling out a Shakespeare event is almost unheard of,” said Aaron Nichols, audience development manager of Shakespeare at Notre Dame. “But that’s changing, and the interest here demonstrates that.” Shakespeare at Notre Dame will offer other Shakespeare-oriented events throughout the year, including a performance of Romeo and Juliet with the South Bend Symphony Orchestra, a world-premiere opera of Shakespeare’s As You Like It with Opera Notre Dame, and this summer’s 17th season of the Notre Dame Shakespeare Festival, Notre Dame’s professional theatre in residence.

As the First Folio moves on to other venues, a lasting impression remains. “I hope it reminds our viewers of the fragility of our past,” Witmore said. “Only if (Shakespeare’s play) is performed in many languages will this writer remain a touchstone for the centuries.” 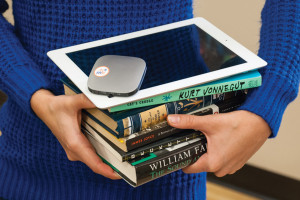 Sprint pulls back on plans to throttle user access 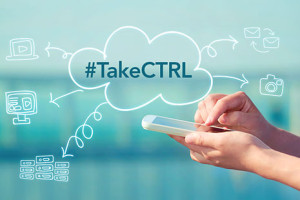