Zen and the Art of Jon Muth

Born and raised in Cincinnati to an art teacher mother, Jon J Muth has been drawing since childhood. Today the award-winning illustrator and children’s book author is known for his acclaimed picture books: The Three Questions, Stone Soup, and Zen Shorts (a Caldecott Honor Book), among others. Muth’s Zen Socks (Scholastic) will be released September 29, and a poster he illustrated for ALA will be available October 19. American Libraries spoke with Muth about his influences, upcoming projects, and the role libraries have played in his life.

American Libraries: How significant were libraries when you were growing up in Ohio?

JON MUTH: The local library was on the way to my elementary school, about two blocks from my house. I would go every Thursday with my class, but my mother and great-grandmother would also take me on other days, and then sometimes on weekends. Getting a library card was like getting a driver’s license—I was gravely serious about it. I was terrified of keeping a book too long, but access to this responsibility and this adult feeling was fantastic.

If you needed to know about something—anything—the library is where you started. But unlike, say, the internet, there was a trustworthy guardian looking out for you. As an example, there were two things I was obsessed with as a child: birds of prey and auto racing. This was at a time when there weren’t hundreds of books available on these subjects. There was this race driver I admired, and I was excited to find two books about him. When I went to check them out, Mrs. Gillott, the librarian, said, “You want this one, not that one, young man.” She was about 120 and didn’t look like an authority on Grand Prix racing. She patted the driver’s autobiography [Juan Manuel Fangio’s My Twenty Years of Racing] and said, “This is the one you want.” I must’ve knitted my brows and grumbled a little as I pulled out my library card. Then she reached under the counter: “And I believe you have been waiting for this.” And she pulled up J. A. Baker’s The Peregrine. I hadn’t reserved The Peregrine; she had just remembered. So I went home with these treasures. Fangio’s book was majestic and thrilling and moving, with an energy of language. Perfect for me at the time.

Years later I read the other racing book—the one Mrs. Gillott wouldn’t let me check out—and it was a bad book: poorly written, gossipy, melodramatic, with no serious concern for the people or events it was depicting. I think of the two books, it sold better. But being a young reader, about 11 years old, I might not have been able to tell why the book was bad or why it felt false. And that false book could’ve contributed to an erosion of my interest. Mrs. Gillott didn’t know racing; she knew good books from bad. That, to me, is the nobility of being a librarian.

Your mother was an art teacher and would take you to various museums throughout the US. Cultural institutions like libraries and museums can offer different ways of learning that a structured educational setting might not. Why do you believe it’s important for children to go to libraries?

Precisely because it is unstructured, or at least less structured. At a library you’re not stepping onto a moving walkway with a predetermined destination. That is what school is. Schools are where you learn how to read. Libraries are where you get to pick what to read. Libraries are the first place you really get to look as long and as hard as you want at what interests you. That’s a very powerful civilizing tool. You get to choose what you want to discover. Schools can introduce children to a broad swath of interests, and libraries allow you to zoom in. The thing my mom gave me was the sense that learning about the world was not to show off. It was not about any meritorious ambitions but was a pleasure in itself.

What is or was your favorite children’s book?

Well, Harold and the Purple Crayon has always been a favorite. Ezra Jack Keats’s The Snowy Day. When I first saw that, I was blown away. I also loved the Little Golden Books. I remember they had terrific pictures. I later discovered that much of that artwork was done by people who immigrated to the US before the first World War, around the same time as my great-grandmother emigrated from Austria-Hungary.

Before becoming an author-illustrator, you illustrated Come On, Rain with author Karen Hesse, Putnam and Pennyroyal with author Patrick Jennings, and more. How did working with these authors influence the writing and illustrating of The Three Questions, Stone Soup, and the Zen series?

I have been fortunate to work with some brilliant authors. Karen Hesse’s writing speaks very directly to my heart, and she is such a powerful and beautiful writer. To be asked to illustrate Come On, Rain was a real gift.

I wrote and illustrated a lot of work in comics before I came to children’s books, and I worked with people like Neil Gaiman and Grant Morrison, so comics is where I did my “graduate work” in visual storytelling.

Unlike in comics, the illustrator and writer in children’s books aren’t usually in contact with each other. There is a very good reason for this: Most authors are pretty charged in their ideas about how the world they envisioned in the text should be portrayed. And that is because they have poured themselves into their stories. There can be friction, because if I say yes to illustrating a story, it’s because I already feel like I know that place and those people. I do my very poorest work when I am trying to depict what someone else sees. Literature has always been, for me, what my mom calls “the big stuff.” I love stories. I love what language does. It’s the finger pointing at the moon, the truth. That’s what my pictures have to do as well. I know this sounds entirely too serious, but my obligation—and it is a sacred one to me—is not to what these writers want to see but to what they have written.

Because your roots are in comics and graphic novels, you know that graphic novels are often among the most banned and challenged books. Why is it important to advocate for these books?

Whatever it is that you believe freedom to be is important. Sometimes that freedom gets shored up by fear and anger and ignorance. I may not want to read some of the books that have been banned. I may believe some books are just bad for civilization. If I feel that way, I may even bang on the table and rail against what I see as immoral books. But the truth is, if America is to be the society it has promised to be since the beginning, no books should be banned.

If America is to be the society it has promised to be since the beginning, no books should be banned.—Jon Muth

In the Zen series, the spiritual teacher Stillwater shares messages inspired by Zen teachings. With your books, what lessons do you hope to impart on children and their caregivers, including educators and librarians?

It’s important to make a distinction between me and Stillwater. I hope the books do what good stories do. I’m not really qualified to impart any lessons. I’m concerned with what discoveries the characters honestly make and how that affects them and the people around them. That’s the way life works, so that’s what interests me.

I’ve always felt if I were on the right track and someone liked The Three Questions, they might think, “Maybe I should read Tolstoy.” Or if they find something compelling in Stillwater’s stories, perhaps they will make their way to the sources. “One thing begets the 10,000 things.” That outcome is always the best I can hope for. I will be successful if these stories make readers want to find more. I hope I haven’t gotten in the way. That would be good.

Have you applied Zen philosophy in child-rearing?

As a parent, my job is to just continue doing the really difficult, boring, funny, enraging, miraculous stuff we go through every day and authentically understand that my children are watching me to see how it’s done. And they don’t just learn what you want them to. They learn everything! If you pretend you have your act together but you don’t, they learn about pretending to have your act together. Kids are smart. E. B. White was right: You don’t write down to children; you write up.

I don’t think it behooves me to layer my children’s experience of the world with any religious dogmas. My children see my Zen practice and what it means for me. They sometimes ask really good questions, and they light incense or give thanks at meals. I want them to know who I am, and they will decide for themselves how the sacred fits into the world they experience. I trust them. We celebrate Christmas. And recently my daughter was very disappointed to find we were not technically Jewish, so … we’re pretty inclusive.

When visiting various schools for your book tours, what questions are you often asked by children? What have you learned from your readers?

This has been one of the most important points for me about working in children’s literature. The character of Stillwater grew directly out of visiting schools and libraries; talking with readers and parents; drawing with children and finding out who they were and what the art and stories were saying to them.

Children are trying to understand the universe with every fiber of themselves. I knew there were stories that—well, let’s say, stories and ideas that could help, or at least didn’t add to their troubles, but I didn’t see them being told. So Zen Shorts grew out of that conversation with children.

Where did the inspiration come from for your upcoming book, Zen Socks?

A moment with my youngest. In the middle of a difficult situation, she reoriented everyone’s perspective by bringing our attention to an impossible rainbow. There was nothing about the weather that should’ve produced a rainbow. Zen Socks was inspired by that and other moments where I have been zapped, or “socked,” into seeing a larger, clearer picture. I wanted there to be a story where Stillwater very subtly notes that the children have a good handle on things. Because while the world is “dark and full of terrors,” I also truly believe chocolate helps.

What do you foresee being in the future for Stillwater and the Zen series?

As far as I know, Stillwater is moving out on his own. Just like any parent, teacher, and caregiver, if he did it right, he’s done himself out of a job. I think, at this point, Stillwater can feel like he’s done enough. 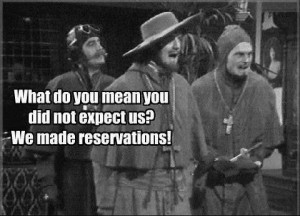 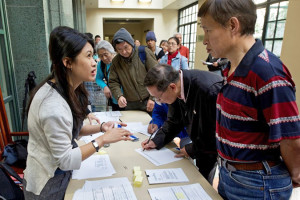