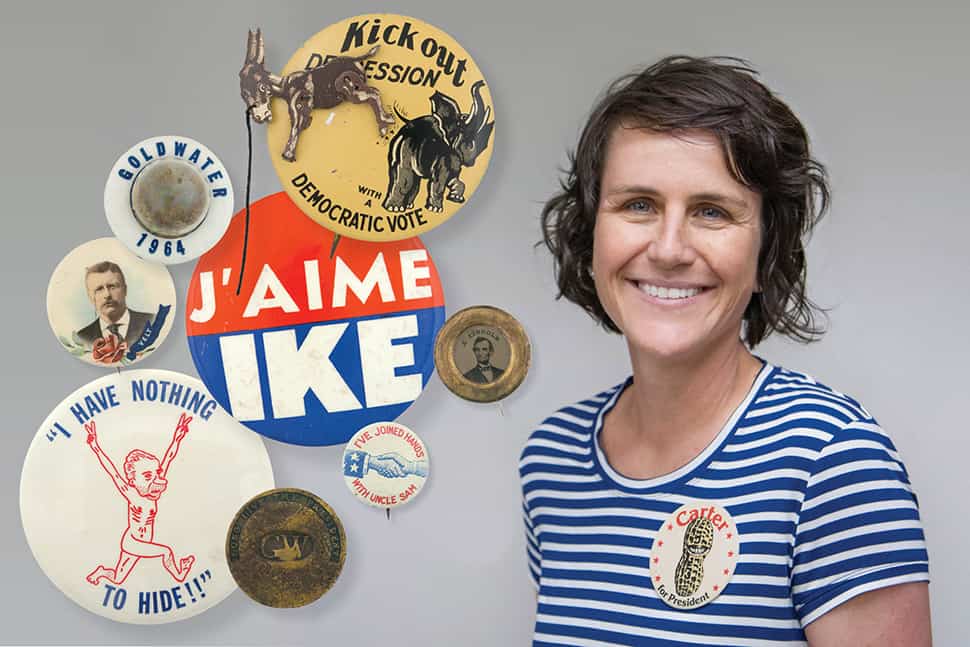 Enter Christy Karpinski, who has since turned that internship into a permanent position as digital librarian and museum manager at Busy Beaver’s Button Museum, which now displays 9,000 pinback pieces of cultural history and ephemera. Karpinski’s background is in photography, but she has also made websites and organized digital collections of photos, which spurred an … END_OF_DOCUMENT_TOKEN_TO_BE_REPLACED 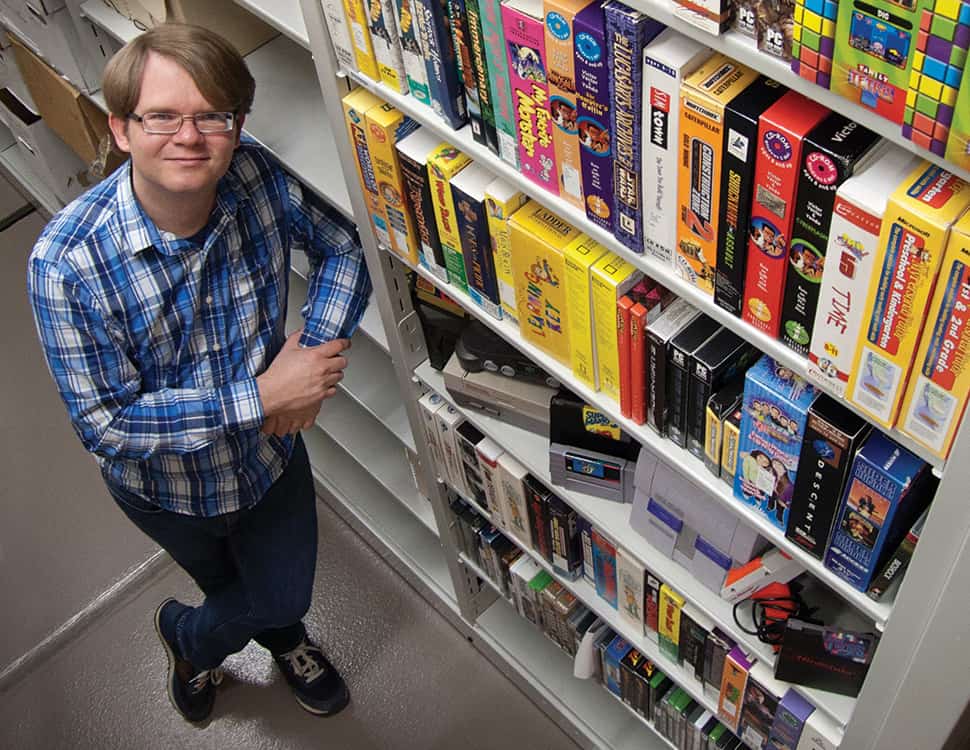 David Gibson, a moving image technician, is LC’s videogame steward, and he earned the role by chance. “I was the youngest person in the office, so they gave me the job,” he says, laughing. He does credit gaming as a youth and while in graduate school with providing a background to archive the 4,000 videogame … END_OF_DOCUMENT_TOKEN_TO_BE_REPLACED 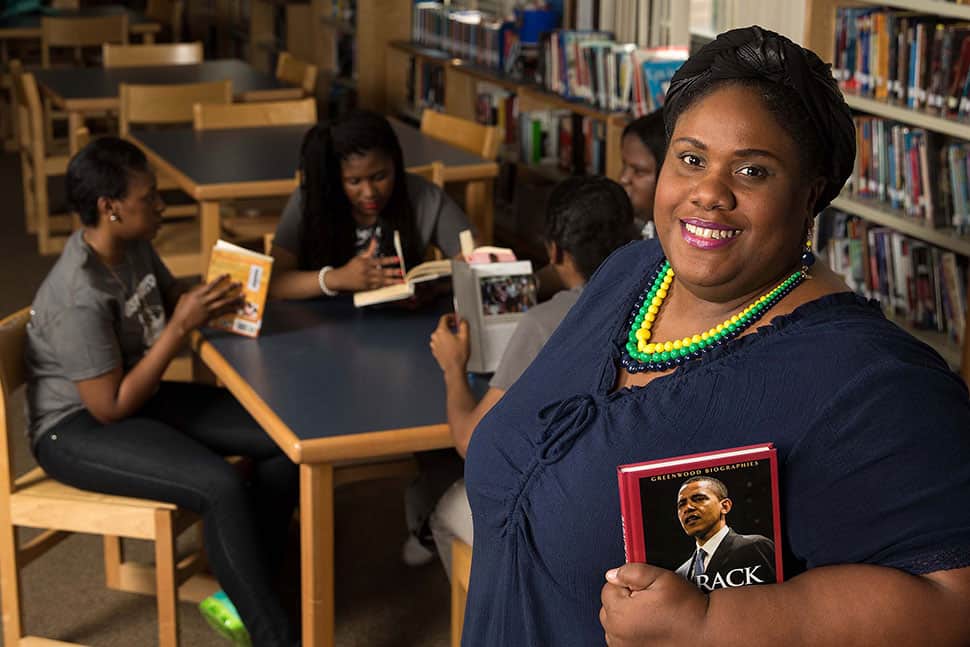 “These are stories that are about inner-city life and urban life, and the kids could really relate,” says Boyd, now library media specialist and director of social media at Wendell Phillips Academy High School, where she has worked since 2010. When Boyd began advocating for the urban fiction genre, she was sometimes misunderstood. Many people, … END_OF_DOCUMENT_TOKEN_TO_BE_REPLACED 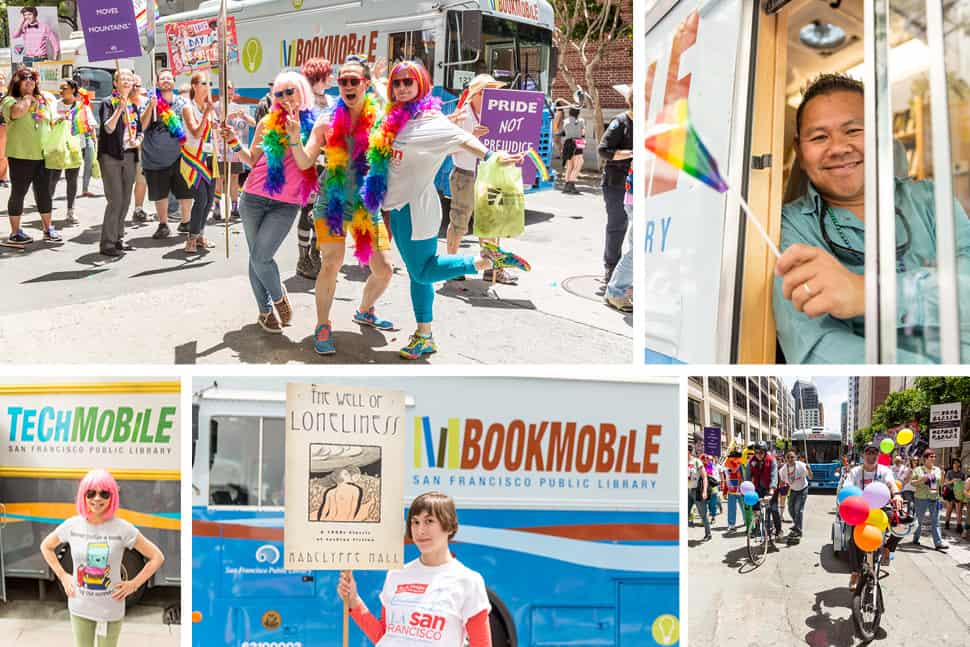 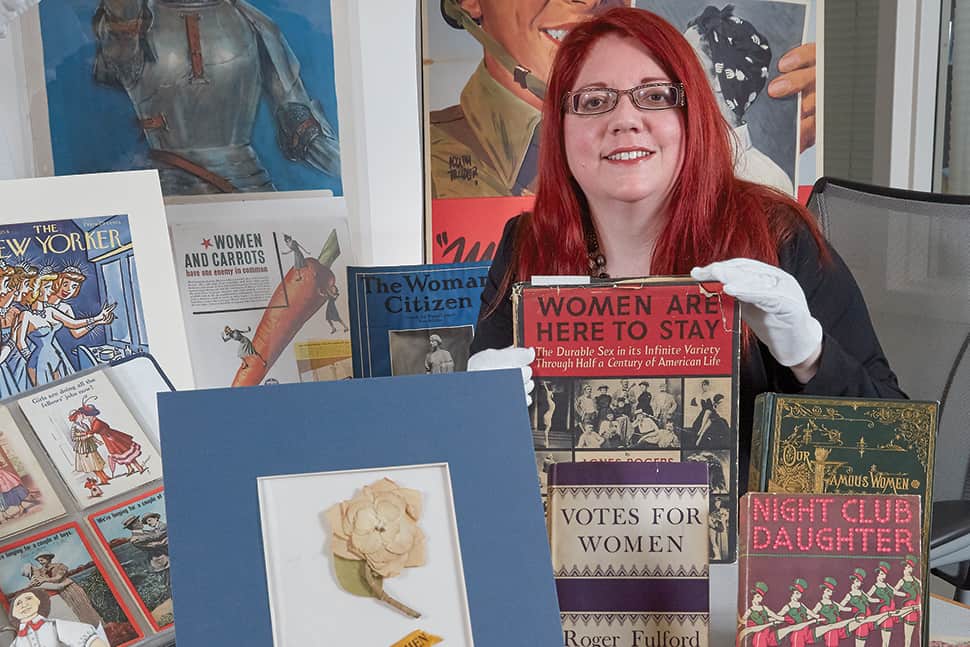 Bookend: A History of Women’s Lives

The Alice Marshall Women’s History Collection is named for Alice Kahler Marshall (1923–1997), a local journalist, researcher, and avid collector, who was fascinated by the “contradictions between the realities of women’s lives and the stereotypes of women’s behavior.” The collection, compiled over 50 years, encompasses material on all areas of women’s lives from the 15th … END_OF_DOCUMENT_TOKEN_TO_BE_REPLACED 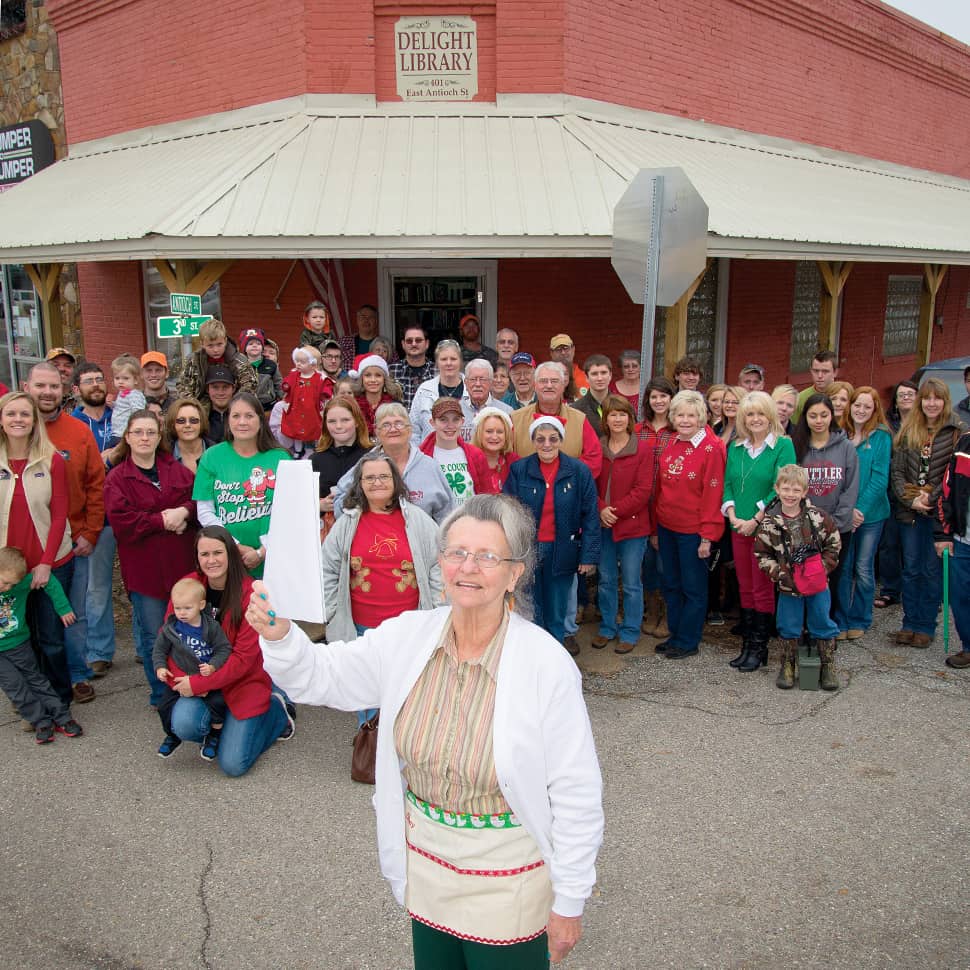 Evans loves involvement with the community. “We don’t have an arts council, we don’t have a chamber of commerce, we have little Delight library.” The declaration signing party was so successful, Evans told Stripling that she plans to repeat it “for at least another 15 years” when she’ll be ready to retire. She’s 73. 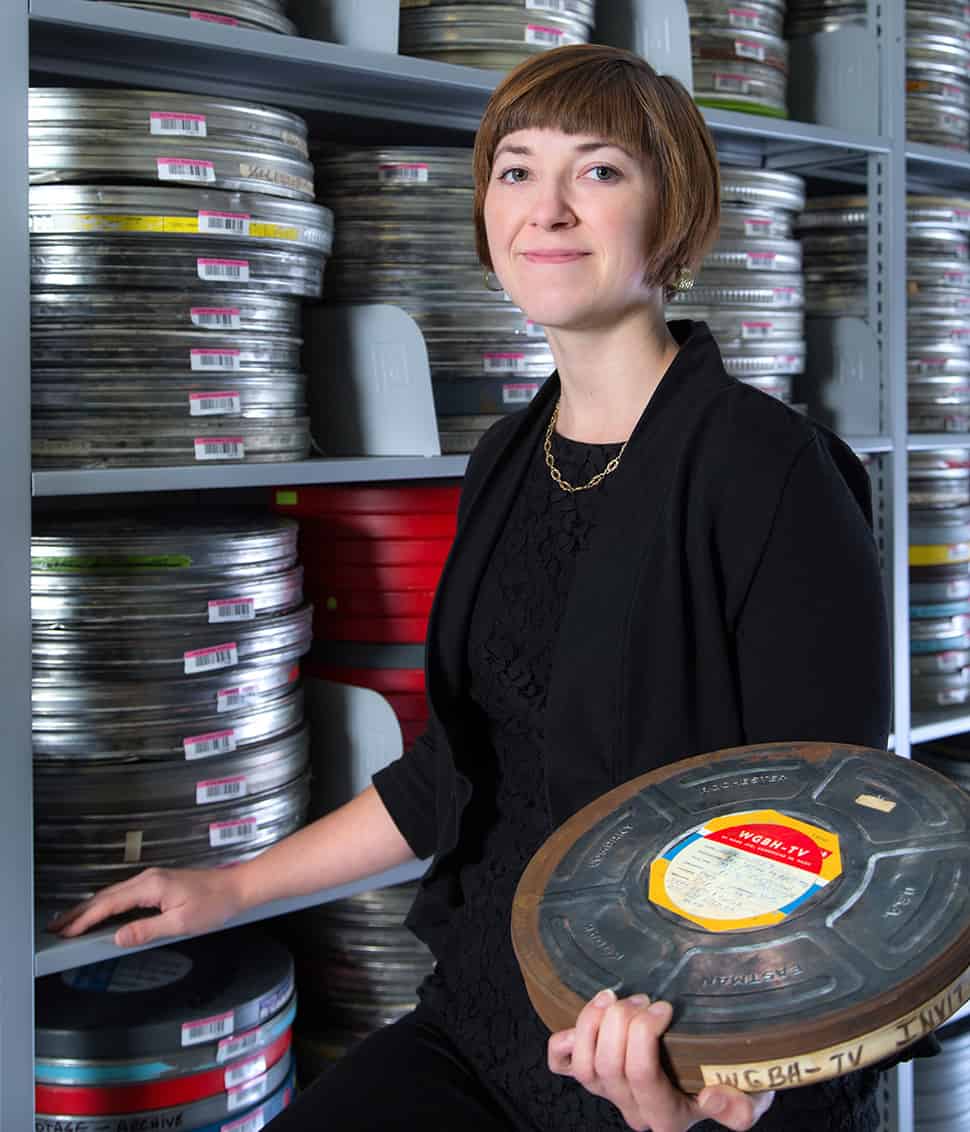 That’s where Casey Davis, project manager for the American Archive of Public Broadcasting at WGBH Educational Foundation in Boston, comes in. Davis (standing in the WGBH vault) works with a team at the WGBH Media Library and Archives and the Library of Congress to coordinate a national effort to identify, preserve, and make accessible as … END_OF_DOCUMENT_TOKEN_TO_BE_REPLACED 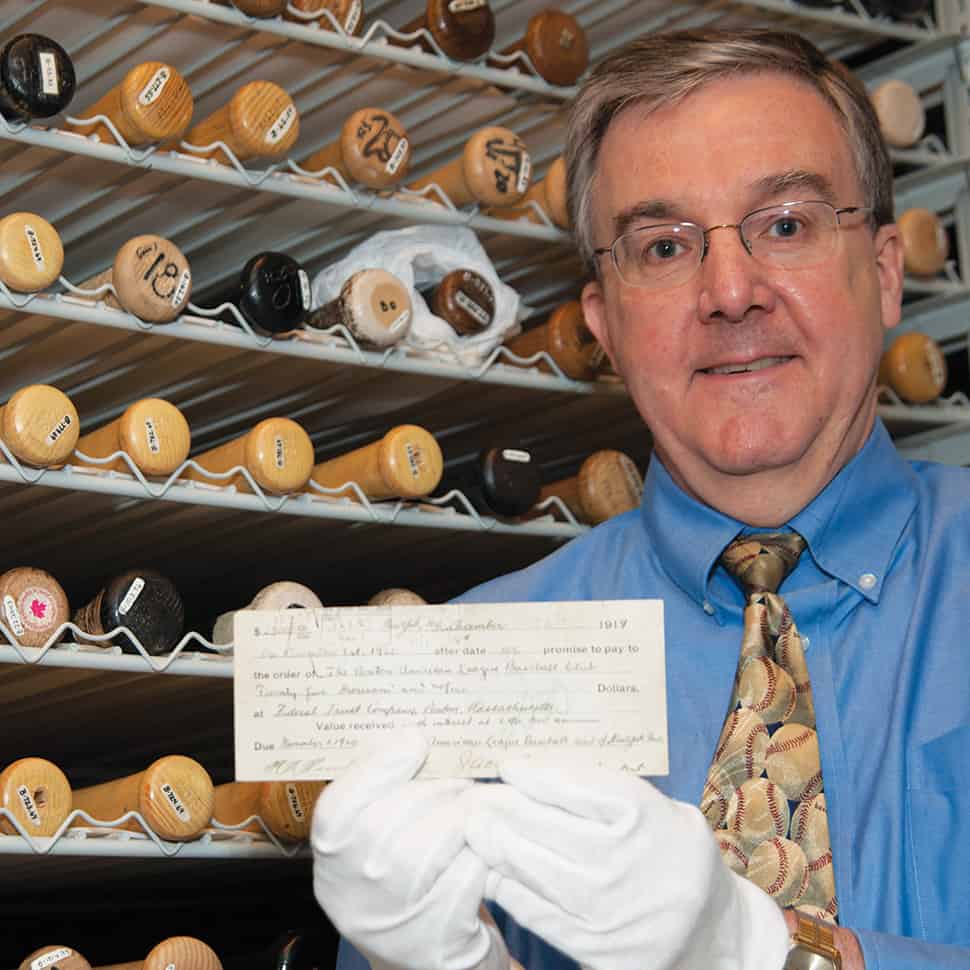 Since its opening in June 1939, the Hall has served as the cornerstone of baseball, honoring the sport’s greats and marking its significance in history over the years. Pictured here, James L. Gates Jr., library director, holds the promissory note for the sale of Babe Ruth from the Boston Red Sox to the New York … END_OF_DOCUMENT_TOKEN_TO_BE_REPLACED 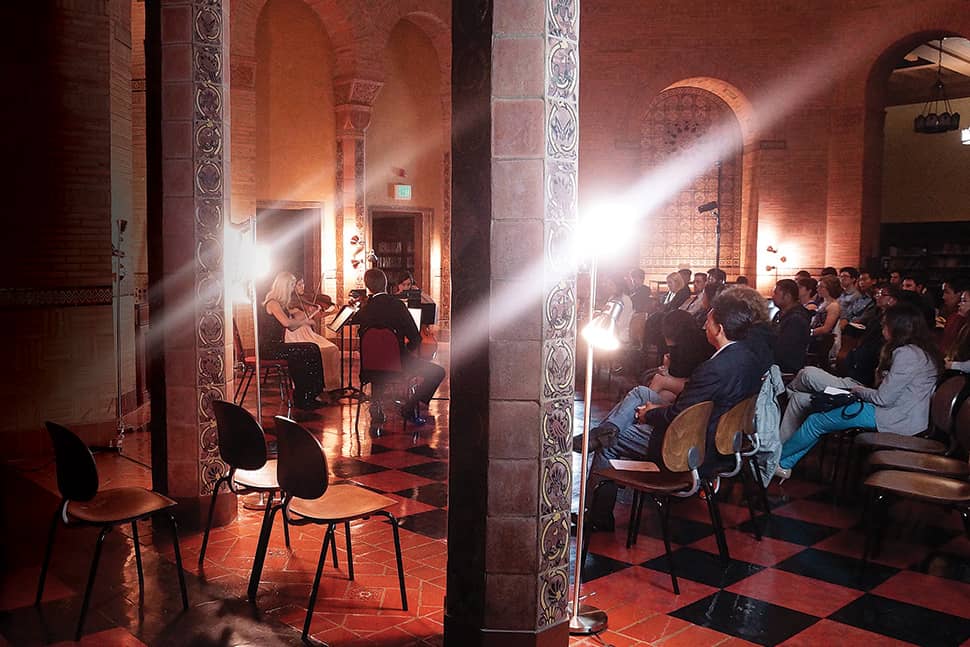 The series has helped position the library as a center for creative cultural ­exchange within the UCLA and Los ­Angeles–area communities and has provided a ­pedagogical opportunity for faculty to perform with their students. “I’m rewarded by seeing the concentration and enjoyment on audience members’ faces, and the relief and excitement from the ­faculty and … END_OF_DOCUMENT_TOKEN_TO_BE_REPLACED 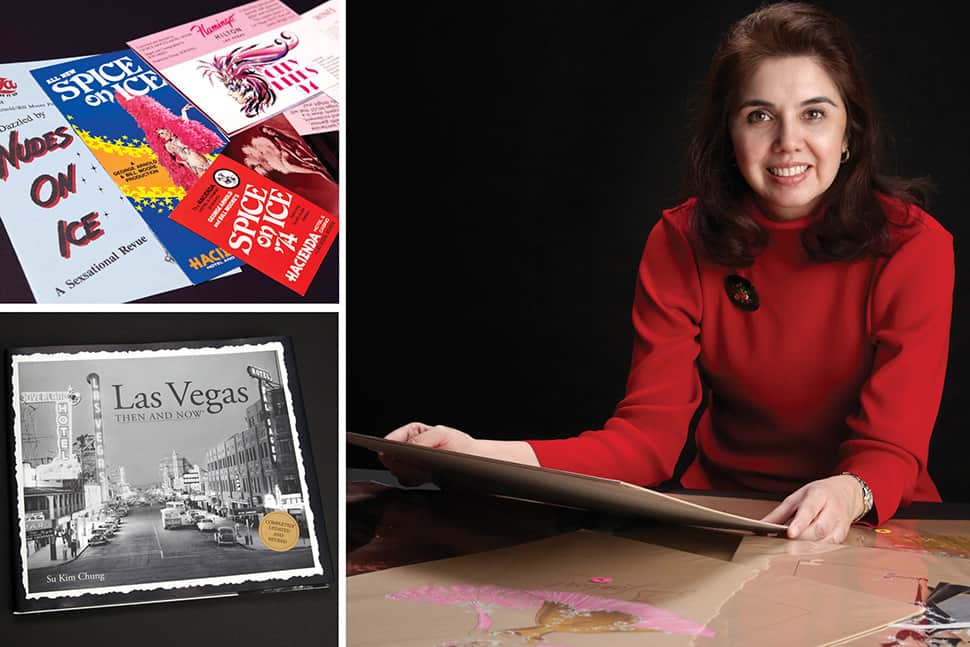 Su Kim Chung is head of special collections public services at UNLV Libraries—home to the Center for Gaming Research, which includes a world-renowned Gaming Collection that documents the history, economics, and regulation of the gaming industry; and the Oral History Research Center, which collects oral narratives from local residents. Several of UNLV’s digital collections provide … END_OF_DOCUMENT_TOKEN_TO_BE_REPLACED 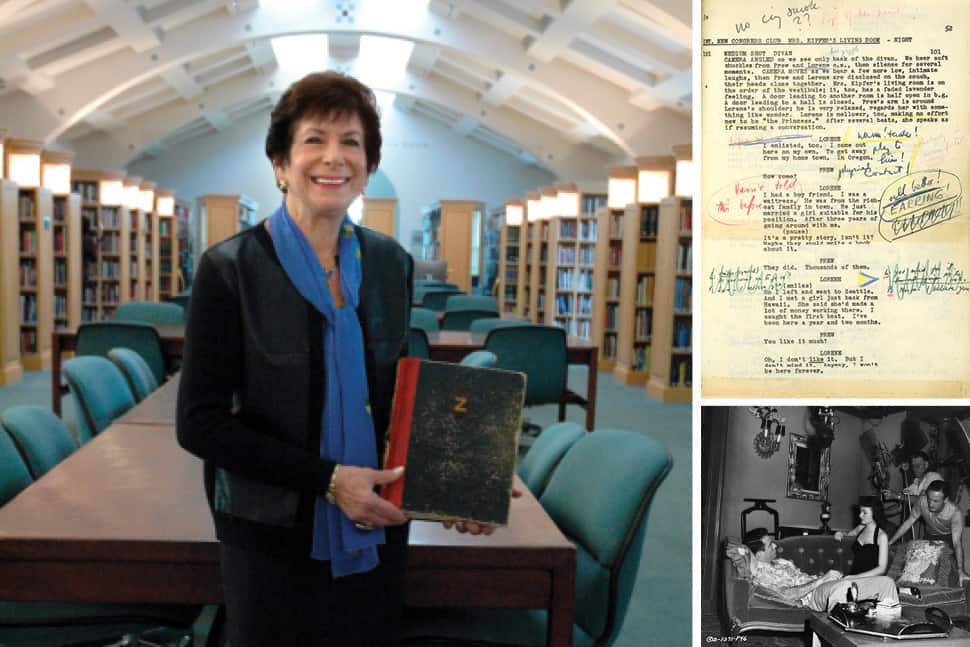 Standing in the Cecil B. DeMille Reading Room, Mehr holds one of the library’s prized possessions: director Fred Zinnemann’s shooting script for the Academy Award–winning 1953 film From Here to Eternity, filled with his handwritten production notes.