In the midst of new outbreaks of violence in Pakistan, the United States Consulate in Karachi has announced plans to reopen its Information Resource Center, which has been closed for four years. Schools and universities in Karachi shut down October 20 and library programs were cancelled after a group of armed men opened fire in the city’s Kabari Market, killing 15 people and wounding some 20 more. News sources reported that a total of 32 people—described as laborers, shopkeepers, and passers-by—had been killed that day in attacks by “anti-government and anti-democratic” forces.

The situation in Pakistan is tense and by afternoon the consulate was closed and the staff sent home as a safety precaution. Information Resource Centers at the embassy in Islamabad and the consulate in Lahore—libraries fully equipped with public access computers, databases, and professional staff—remain in operation, but tight security makes it difficult for Pakistanis to use them. Security procedures, which have been the norm for several years, require users to make appointments and navigate past concrete barriers, armed guards, and razor wire to enter, but services are also offered remotely.

Consulate Information Officer Andrea De Arment in Karachi said the school closings and cancellations were largely the result of a transportation shut-down, which is common after such incidents. She said she expected normal school and library programs to resume the next day, adding that this was the first time the consulate had closed early since she arrived on the job some two months ago.

“The new IRC is tied to the consulate compound that is now being built,” De Arment went on to say, “and is expected to open early next year.” In 2006 a suicide car bomb killed four people and injured 30 outside the Marriott Hotel, which is about 20 yards from the consulate. The bomb was reported to have been the most powerful attack of its kind in Karachi, and it left a two-meter crater. The consulate is currently housed in what used to be a storage facility.

The U.S. Embassy and the Pakistan Library Association sponsored a conference in Islamabad October 13–14 to plan for the future of library services in Pakistan, with the Information Resource Centers held up as models of modern, multimedia library service. Librarians from every region of the country and representatives from the United States and India attended and compiled a list of recommendations, including organizing assistance for more than 250 libraries destroyed in the devastating floods that ravaged large sections of the country in August.

“We are expanding our efforts to increase person-to-person interaction between Pakistanis and Americans,” De Arment said, “so people in Pakistan can learn more about the American people. Most have never met an American and think of the U.S. only in terms of pop culture and politics.” She added that the IRC, which will be called the American Center, “will offer more access to information and emphasize the value of education. This is part of the core mission of the consulate.” 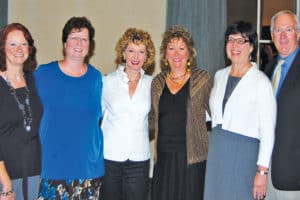 Some Good News Out There Too