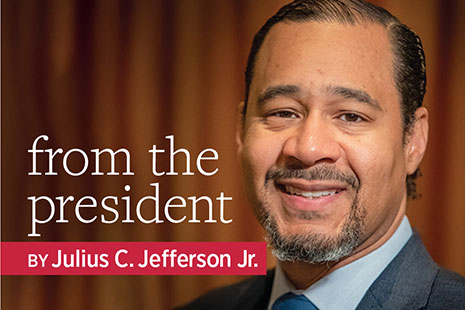 Thanks to all who joined me last summer on the virtual “Holding Space” tour, a conversation series with libraries. I will forever remember you as faithful partners and travel companions as we faced seemingly insurmountable difficulties. Thanks in part to our advocacy, libraries secured federal relief funding of historic proportions. ALA staff and leadership managed … END_OF_DOCUMENT_TOKEN_TO_BE_REPLACED

I am beginning to see the light at the end of a dark COVID-19 tunnel. Many of us have been vaccinated or will be soon—a critical step toward healing all the communities hit by the global pandemic. Another ray of light came on March 11, when the American Rescue Plan Act of 2021 was signed … END_OF_DOCUMENT_TOKEN_TO_BE_REPLACED 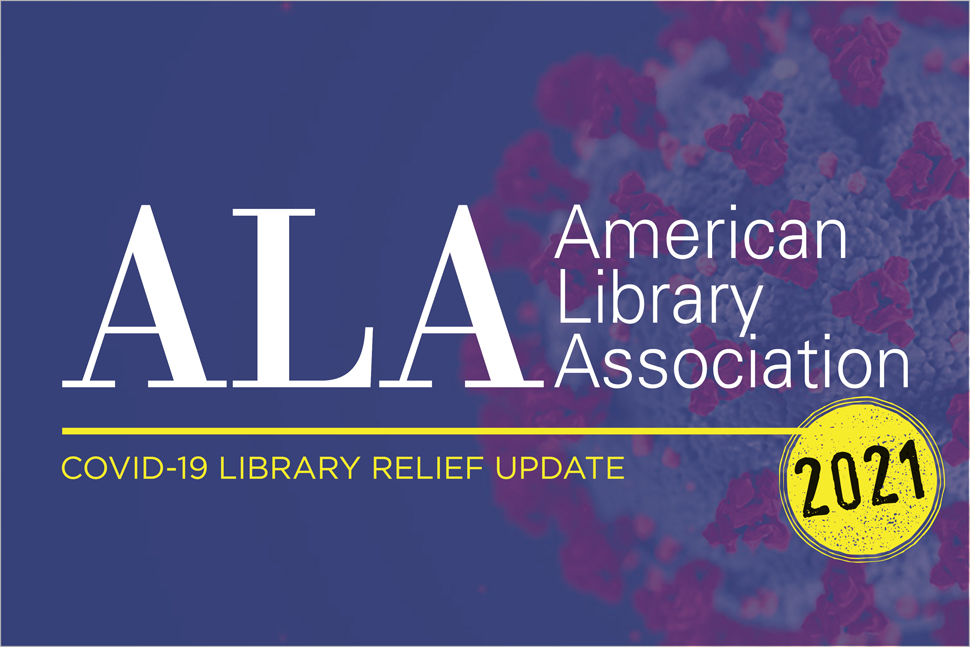 Of the $200 million for IMLS, $178 million is allocated for the Library Services and Technology Act and will go to state library administrative agencies on a population-based formula. IMLS announced state allotments for ARPA funding in a March 11 press release. Because there is a $2 million state minimum, every state will receive a … END_OF_DOCUMENT_TOKEN_TO_BE_REPLACED 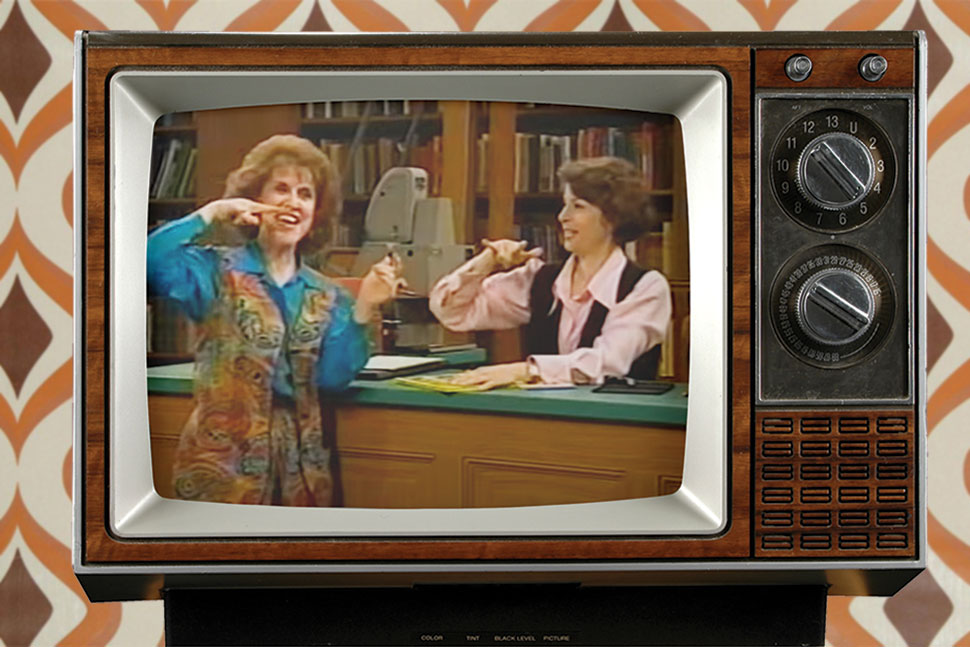 By the Numbers: Deaf History and Culture

15 Number of years National Deaf History Month has been celebrated. In 2006, the American Library Association (ALA) and National Association of the Deaf announced the month would be observed March 13–April 15. 1817 Year the first permanent public school for Deaf students in the Western Hemisphere—now known as the American School for the Deaf—was … END_OF_DOCUMENT_TOKEN_TO_BE_REPLACED 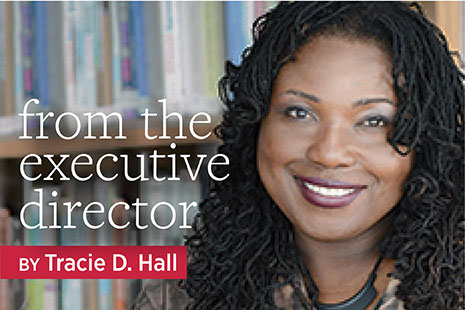 Revolutions Where We Stand

Those words seem especially prescient now as we look across the country at the libraries that have struggled most during this period of widespread library defunding and service reductions. Though the COVID-19 pandemic has exacerbated the issue, there has long been an unmistakable correlation between communities that navigate high rates of poverty and those that … END_OF_DOCUMENT_TOKEN_TO_BE_REPLACED 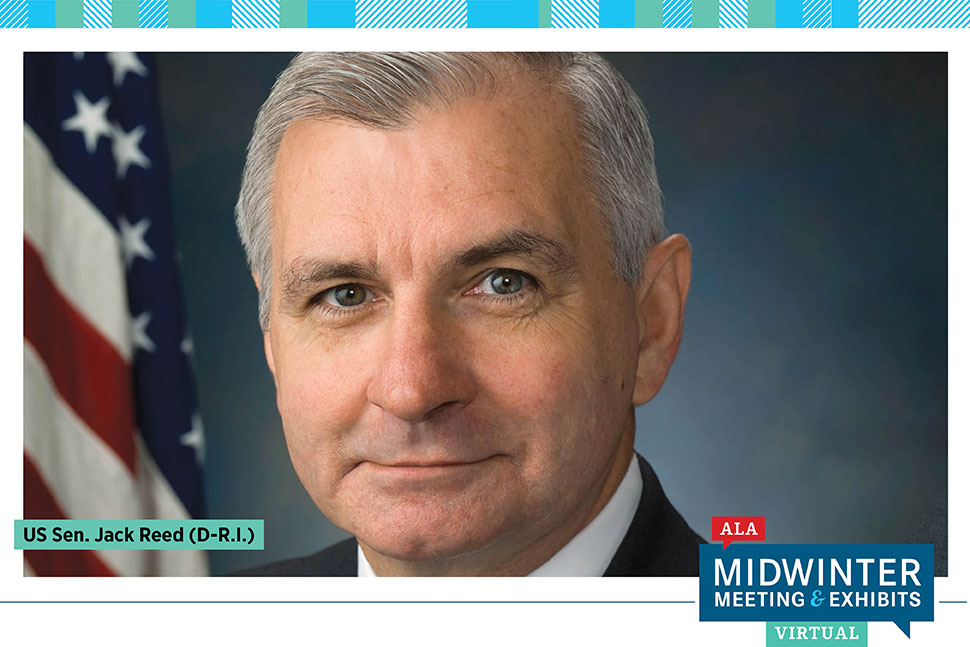 The senator spoke candidly about the events of January 6, when rioters stormed the US Capitol. While waiting in a secure location with other lawmakers, Reed recounted, “There was this consensus by every member that we had to go back, that we were not going to, you know, go away for the day, reconvene a … END_OF_DOCUMENT_TOKEN_TO_BE_REPLACED

The Executive Board of the American Library Association (ALA) gives thanks for the safety of the staff in our Public Policy and Advocacy Office in Washington and ALA members who work on Capitol Hill, as well as for elected legislators, congressional staff, and other government workers who put themselves in jeopardy to defend the seat … END_OF_DOCUMENT_TOKEN_TO_BE_REPLACED

A New Year of Hope

Similarly, 2020 made an indelible impression on the history of our country, and it has left us collectively exhausted. Many will remember it as the year we were locked down, Zoomed out, and either lonely or wanting to be alone. We lost loved ones, icons, and champions. We were confronted with furloughs and loss of … END_OF_DOCUMENT_TOKEN_TO_BE_REPLACED 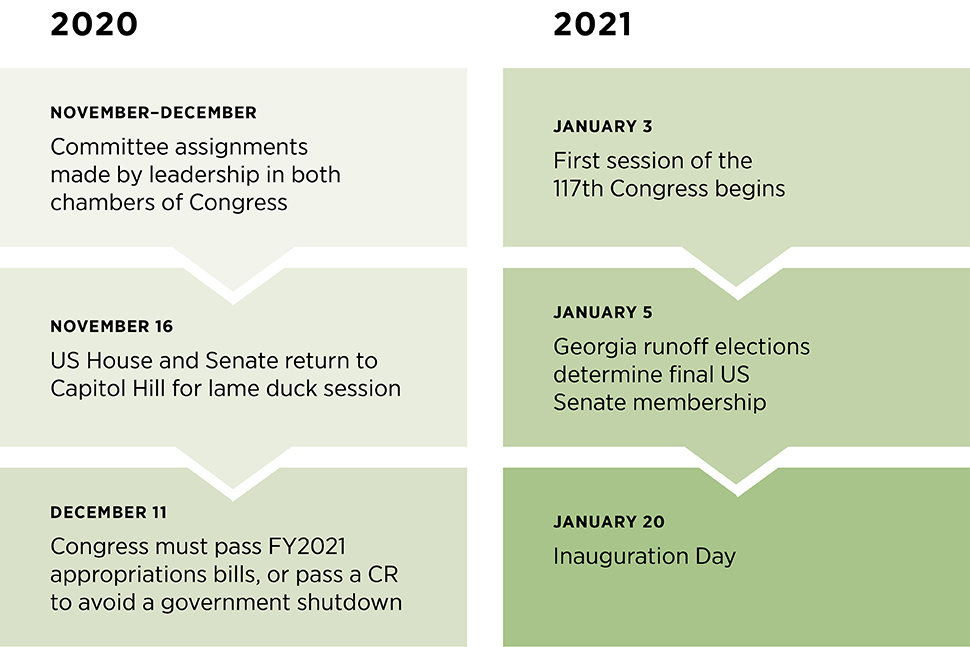 Based on campaign pledges, the Biden-Harris administration will be more favorable to education investment and the values of equity, diversity, and inclusion. President-Elect Joe Biden’s cabinet selections will likely indicate a significant shift in policy around education, telecommunications, workforce issues, and many other areas. However, the change of leadership in the White House does not … END_OF_DOCUMENT_TOKEN_TO_BE_REPLACED 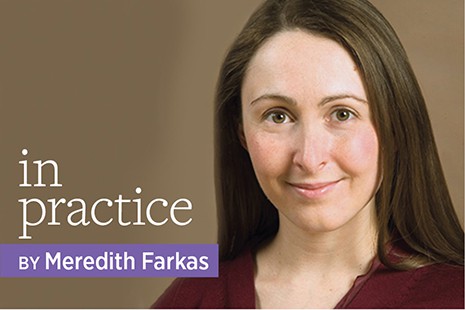 However, during this crisis, many library workers are unexpectedly forced to advocate for themselves. Early in the pandemic, Twitter became a vital space for workers seeking advice and support when trying to get their libraries to close or to demand adequate safety measures. I know many library workers who are fierce advocates for their patrons … END_OF_DOCUMENT_TOKEN_TO_BE_REPLACED

The primary focus of my ALA presidency is to serve the people—all people—with particular attention to those who were not included or who are underrepresented or forgotten. In my last column, I shared the idea behind ALA’s “Holding Space” tour, which began in July and featured virtual visits to 11 libraries across the country that … END_OF_DOCUMENT_TOKEN_TO_BE_REPLACED 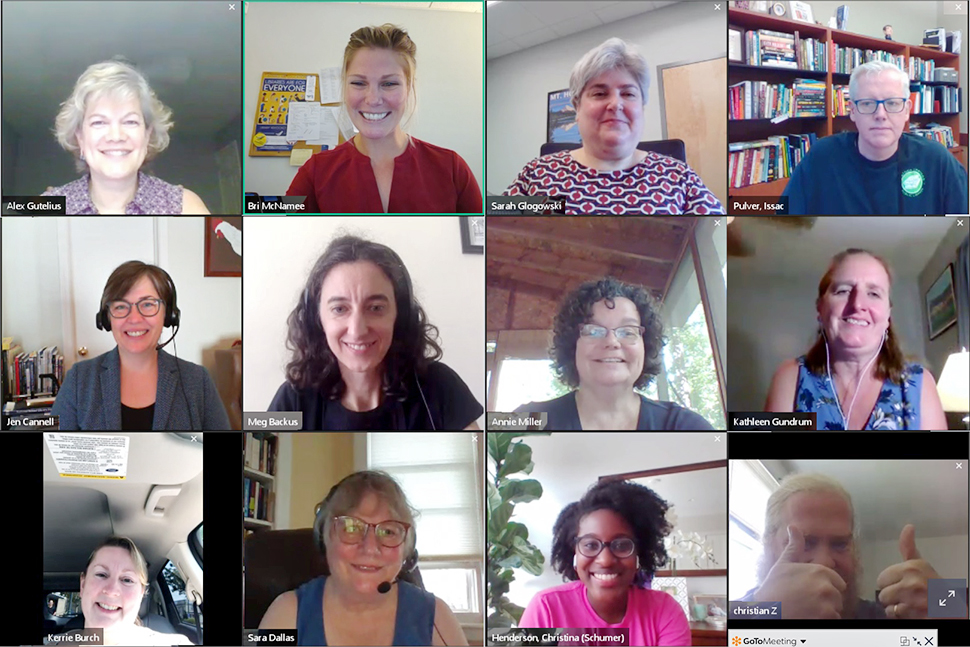 Pushing for Action on LSFA

LSFA (S. 4181/H.R. 7486) would establish a $2 billion emergency fund to address financial losses and bolster library services for libraries of all types, with priority given to the hardest-hit communities. Most of the funding ($1.7 billion) would go directly to states to meet local library needs such as avoiding furloughs, providing safe workspaces, or … END_OF_DOCUMENT_TOKEN_TO_BE_REPLACED