The Librarian’s History of the Library

When I think of history, two quotations come to mind. One, by Marcus Cicero, says history illuminates the present; the other, by Henry Ford, says we must live in the present:

“History is the witness that testifies to the passing of time; it illumines reality, vitalizes memory, provides guidance in daily life, and brings us tidings of antiquity.” —Marcus Cicero, Pro Publio Sestio

“History is more or less bunk. It’s tradition. We don’t want tradition. We want to live in the present, and the only history that is worth a tinker’s damn is the history we made today.” —Henry Ford (1863–1947), interview in Chicago Tribune, May 25, 1916

Libraries have been shaped by history, and providing historical sources is merely one way they serve their communities, either to research specific events or to pursue something more personal, such as genealogy.

Books: A Living History, by Martyn Lyons, is a beautifully illustrated and informative overview of the history of printing and books, spanning from the Mesopotamian clay tablet to ebooks and books on demand. Along the way, Lyons includes essays on the rise of literacy; the evolution of the publishing industry; the growth of the book trade; the history of censorship; and the development and growth of libraries, both private and public. While much of the coverage is European and American, Lyons also refers to cultural developments such as ancient Buddhist texts, Mesoamerican codices, and Japanese manga.

Stuart A. P. Murray’s The Library: An Illustrated History is a bit older than Lyons’s book (2009) but a nice complement nonetheless. Murray follows the progression of libraries from their beginnings as repositories for clay tablets to their role in the Middle Ages and present day. He includes parallel developments in the Islamic world, as well as in Asia and Africa, and profiles some of the major libraries of the world.

Most public libraries serve small communities in which libraries are a major feature. In fact, 75%–80% of the nation’s 9,225 public libraries serve populations under 25,000 people. In Main Street Public Library, library historian Wayne A. Wiegand selects five community libraries for an in-depth study, reviewing each one’s history using such source materials as trustee reports and accession books. Wiegand examines how these particular libraries responded to residents’ distrust of the new, changing public tastes in reading, and the societal impact of the Depression and World Wars I and II on those tastes. In the end he concludes libraries are public spaces for community acculturation as well as literary spaces leading to social harmony.

Reading Places: Literacy, Democracy, and the Public Library in Cold War America, by researcher Christine Pawley, looks at library services provided by Door-Kewaunee Regional Library (DKRL) and the impact that Wisconsin’s public policy legislation has had on library services as administered by the Wisconsin Free Library Commission. Pawley focuses on the state’s Regional Library Demonstration, an experiment from 1950 to 1952 to provide library services to two ethnically diverse neighboring counties. The demonstration was founded on principles of library services for adult education and literacy, but the counties failed to give the program equal support despite an advocacy campaign not unlike ones libraries undertake today.

None of these books about libraries and their history would be possible without libraries themselves. In particular Main Street Public Library, Reading Places, and Right Here I See My Own Books (see page TKTK) rely not only on libraries but also on archives that include the source records. Academic Archives: Managing the Next Generation of College and University Archives, Records, and Special Collections, by Aaron D. Purcell, is the newest addition to the Archivist’s and Records Manager’s Bookshelf series. It covers both the why and how of maintaining archives—for traditional paper-based formats and also current “born digital” formats. Purcell includes chapters on defining the mission and vision of the collection, along with the necessary collection development issue of cultivating donors. 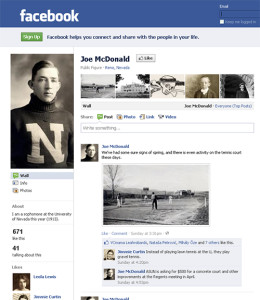