A spring proposal by District of Columbia officials to eliminate more than 50 school librarian jobs for the next academic year has triggered a public relations nightmare for the city council, where the proposal originated.

“Libraries have long been one of the really weak links in the District of Columbia Public Schools,” grassroots activist Peter MacPherson of the Capitol Hill Public Schools Parent Organization told American Libraries. Noting that more than 30 schools lack site-based librarians for the 2011–2012 academic year, MacPherson explained that members of the parents group determined to fight a spring decision by schools Chancellor Kaya Henderson to defund school librarian posts at schools with less than 300 students and let principals of larger schools decide whether to reallocate their librarians’ salaries. “If this situation were to remain unchanged, 58 schools would have no librarian,” MacPherson said. Altogether, there are 124 schools in the district.

Between 2005 and 2008, the parents group worked with the Capitol Hill Community Foundation and the Washington Architectural Foundation to raise $2.4 million for the renovation of eight school libraries. Washington Examiner columnist Jonetta Rose Barras reported April 10 on the fate of those new facilities, as well as improvements funded by Target Corporation and Capital One through the Heart of America Foundation.

“We have invested in full-time librarians for the last three or four years and we haven’t seen the kind of payoff we’d like,” Henderson said in Barras’s column, adding, “We have pulled away from programs where we haven’t received a return on our investment.” On May 3, Washington Post Answer Sheet columnist Valerie Strauss joined the fray, speculating: “I guess that means they are going to have to change the DCPS website,” which lauds school libraries for “play[ing] an increasingly important role in the learning process” and citing research studies showing that “an active school library program run by a certified and trained school librarian makes a significant difference to student learning outcomes.”

With the city council about to mark up the school budget, ALA President Molly Raphael and American Association of School Librarians President Carl Harvey II sent letters May 2 to D.C. City Council Chair Kwame Brown. Harvey emphasized the school-library research touted—ironically—online by DCPS, while Raphael reminded Brown of Henderson’s recently unveiled district goal to increase reading proficiency. “How will you meet this goal if you deprive thousands of students of one of the most valuable educational resources needed for students to increase reading scores—a school librarian?”

MacPherson told American Libraries late on the afternoon of May 4 that there has been some movement behind the scenes as city council members continued to weigh school-district budget lines. He theorized that some may be influenced by the hundreds of phone calls they received the day before that demanded full funding for school libraries.

UPDATE, May 11: School-library advocate Peter MacPherson emailed American Libraries that, even though D.C. City Council Chair Kwame Brown is recommending that $1 million be added to help fund school librarians, “that sum does not even restore the existing status quo vis-à-vis library staffing.” A final city-council vote on the DCPS budget scheduled for May 15. 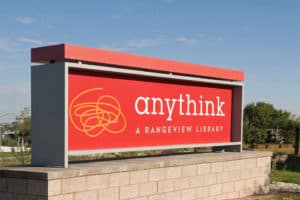 The Economics of Anythink

A library’s revitalization has direct fiscal benefits for its community 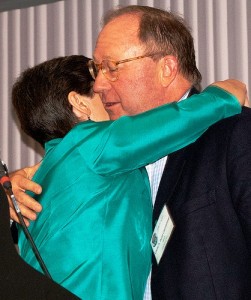