An Interview with John Chrastka

John Chrastka, ALA’s director of membership development from 2003 to 2011, didn’t leave library advocacy behind when he resigned from ALA to devote more time to his start-up consulting agency. First, he was already on the Berwyn (Ill.) Public Library board (where he has served for six years). Now, in characteristically maverick fashion, Chrastka has launched a national library political action committee (PAC), EveryLibrary, to help public, school, and academic libraries get ballot initiatives passed in 2013 and beyond. Chrastka discussed his vision with AL Senior Editor Beverly Goldberg on October 5.

AMERICAN LIBRARIES: What inspired you to take on such an ambitious endeavor as forming the EveryLibrary PAC?

JOHN CHRASTKA: There is a gap in library advocacy that can only be addressed by a PAC. The gap happens because of IRS regulations about political speech by 501(c)(3) groups and associations such as ALA, the Urban Libraries Council, OCLC, and the Gates Foundation. They cannot say “Vote yes on Measure L.” State libraries—and the local library itself—cannot use tax money to fund a get-out-the-vote campaign. Under current law and regulation, the library community needs a national PAC to support a local library when it is on the ballot. From my years as a library trustee, as a former ALA staffer who knows the advocacy ecosystem personally, and as a political junkie, I am in a good position to make it happen.

When I started planning EveryLibrary, I commissioned a white paper covering the last 10 years of library PACs to make sure I wasn’t encroaching on any existing national projects. The research confirmed my hunch: A national PAC focused exclusively on ballot initiatives like bonds, millages, levies, and referenda, is new to the library community. I was inspired by a PAC from outside the library world called the Conservation Campaign. Since 1996, it has acted as a 501(c)4 to help local communities do voter education and fundraising for land use, open spaces, and parkland ballot issues. The Conservation Campaign has, by its own account, helped local communities secure $2 billion in funding through bonds and taxes at the ballot box. It is amazing what national support can do to inspire a community and educate voters about an issue.

How many staffers will  EveryLibrary require?

EveryLibrary will grow our staffing over time. Political campaigns are seasonal and the need for people “on the ground” is going to vary depending on when libraries are on the ballot each election cycle. We plan on staffing and bringing in consultants in a way that is cost effective and leverages talent, local connections for fundraising, and prior success for libraries.

How many library campaigns do you expect EveryLibrary will be able to support in its first year?

Every single one that is on the 2013 ballot through the new, free, and fully customizable campaign tools we will create for library campaigns. We plan on print, email, and surface-mail templates, telephone and door-to-door canvassing scripts, web-quality video and audio files, and high-resolution art for yard signs and billboards. We also plan to rally volunteers to help staff phone banks for certain library campaigns. As we build funding, we will add voter segmentation and analytics to the tool kit.

What would be a good test case for EveryLibrary to try first?

There are three I’d like to see us focus monies on in 2013:  (1) A library that had a previous ballot measure fail. How can we help turn that around to a win? (2) A library asking for a construction bond for the first time in a long time. How can we help them talk about the value that a new building will add to a community and how librarians will help the community? (3) A referendum for a new library district. How can we help make the case to voters that a new library taxing authority is an opportunity for education, business development, and community building?

Do you have any concerns about local governing authorities misconstruing EveryLibrary as an outside special interest?

EveryLibrary will work to support the local library ballot committee or PAC with the funds they want and the political consulting they need to succeed. In every case, we will not be coming into a district independent of the local library committee. We will, however, not be shy about talking to local government about how libraries build communities and change lives; about how librarians are partners for local businesses, educators, and parents; and how, as a country, we are better off when a local community has a library with the right funding, staffing, and collections. It’s not rough-and-tumble politics. It is the truth about how important the library is.

Who are your key partners in this endeavor?

Each of our individual donors is a key partner because they are helping to put the idea of political action and voter outreach about libraries into action. EveryLibrary is a 501(c)4 PAC that is independent from any other association or organization. We are, however, in coalition with organizations dedicated to library advocacy.

What kind of reaction has there been from ALA leadership to your vision of a nationwide library PAC?

Several are personal donors. EveryLibrary is in a position to act specifically in places that ALA, as a 501(c)3, cannot. I want to see ALA’s Office for Library Advocacy succeed and I fully support the Washington Office, but neither can say “Vote yes on Measure L” like we can. United for Libraries [formerly ALA’s Association for Library Trustees, Advocates, Friends, and Foundations] has initiatives that train trustees on effective campaign planning, but by statute public money stops once a measure hits the ballot. EveryLibrary will be able to help fill in those gaps.

What criteria will you use to determine EveryLibrary’s effectiveness?

Fundamentally, by whether we helped move more library measures to the “win” column. Whether we have inspired libraries whose previous measures failed to try again now that there is national support. Whether there is a new or energized infrastructure for political action in the communities we have helped.

Michigan's innovative electronic library is toasted in the state capital 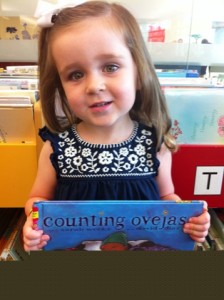