An Interview with Jenica Rogers

In 2012, Jenica Rogers, director of libraries for the State University of New York at Potsdam, drew attention in the library community for announcing candidly in September that she would not be renewing her university’s annual subscription to the American Chemical Society’s (ACS) online journals package because of ever-increasing subscription costs. Rogers’s stance sent shock waves throughout the community and brought up questions concerning new business models and the challenge of open access. American Libraries spoke with Rogers in November about the outcomes of her decision.

AMERICAN LIBRARIES: What have been the effects at SUNY Potsdam over your decision to cancel ACS journals? Was there backlash?

JENICA ROGERS: No, no backlash. I was extremely conscientious in making sure everyone was involved in the discussion up front. Anyone who would be interested in it knew what was happening.

How did the American Chemical Society react?

They have not chosen to reach out to me. Their initial press response was from Glenn Ruskin, their vice president of sales, marketing, and web strategy. You can read about it online if you choose to. In response I called Brandon Nordin, vice president of North American sales, and told him that ACS was exceedingly inappropriate and that I was very disappointed. Nordin said he would like to come to Potsdam to talk with me to try and find a better solution for us. I said I would be happy to meet so long as there was a true chance that we could come up with a better pricing solution for small institutions. I’m not interested in making a better deal just for Potsdam; I want there to be a better deal for institutions like mine.

You met for seven hours with ACS representatives to come to an agreement. What were some of their arguments?

They had a clean and acceptable counterargument. They said they had been working very hard for the past several years to standardize pricing across all institutions and that they had been trying to build the kind of pricing model that librarians say is important—based on use at your institutions, the size of your institutions, etc.—that is “fair and accurate.” The challenge is that they then apply all those “fair and accurate” factors to a base price that is completely unacceptable. And they are not willing to negotiate on that base price. So we ended up nowhere.

You have said that it is hard for librarians to say no to price hikes. Why is that?

We are really good at providing excellent service, and when your main professional goal is to connect people to information, we’ll bend over backward to find a way to afford things, even if it’s a really foolish decision in the long run. Because in the short term, we want to give people what they need, right? That’s what we do: We help people find information. So when we say “no” to a price increase, we’re making it harder for people to get access to information. Philosophically that’s really hard.

What is your ideal model for academic libraries?

You blogged about this experience as a call to action. Did it work?

It’s too early to tell. But I hope it encouraged people to try or start trying. Libraries don’t work quickly, particularly not in academia. We have fiscal-year constraints. For some libraries that moment has come and gone. They are locked into their contract for the coming year. There are many libraries that are very inclusive in their decision making. That is one of our cultural things and so there are a lot of people to consult about decisions. Part of what I was hoping to encourage is for librarians to truly engage their faculty in the discussion.

More than 25 years in the making, the most significant public building to open in post-communist Romania faces an undefined future 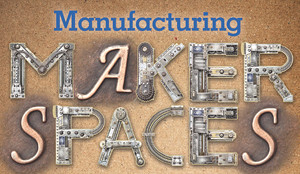