Why Didn’t Anyone Tell Me?

A dozen things no one tells you about library building projects

In August 2013, Northwestern College in Orange City, Iowa, completed a large building project: a $14 million, 58,000-square-foot learning commons. I was library director at the time, and I learned a number of unanticipated lessons during all phases of the project. Any library looking to embark on a brave new building or renovation project will hopefully learn from these experiences.

Libraries accumulate more piles of things and collections than you can imagine. Pare these down to manageable portions prior to the move. Perhaps it’s the physical space that separates the items to be moved that allows them to seem small. Be aware that, when combined, these piles and collections will grow exponentially when you actually start the shift. Forgotten or neglected collections and small things you plan to move will join forces and attempt to overwhelm your best planned efforts. It’s going to feel much more overwhelming no matter how many hands are helping. At this point you will be glad that you quit accepting donations years ago.

Building projects often run behind schedule. You will likely be given move-in and opening dates for your new facility, but you should anticipate that the timeframe will change based on factors beyond your control. Try to negotiate with the powers that be if the dates get shifted. Can you move some items into the new building’s storage area prior to the official office move-in date, which may turn out to be a “moving target”?

Much of the move-in complexity is political: Who accepts responsibility for any damage done to the building when different groups are moving through the building on different tasks? While the general contractor is still onsite, he or she should accept that responsibility. The move-in date is often when the institution accepts responsibility for the entire facility, warranties and guarantees notwithstanding. Should your team cause damage to the building while the contractor is still onsite and in control, a sticky question arises as to who pays for the repairs. Do yourself a favor and extract yourself from this situation from the beginning by being clear on when and how you can move in.

Line up ample help not just at the beginning of the move but also at the middle and end. Hired help has less incentive to complete the move than you do, and they may decide they have other priorities as the days or weeks wear on. Once the labor runs out, it is up to you and your staff to complete the move. What could have taken a day with a team of eager helpers can take you and a few staffers a full week. Having labor in reserve for the latter part of the project is a smart strategy that can pay big dividends when the inevitable happens.

Keep your work teams only as large as they need to be. There’s nothing quite as wasteful as eager movers who are rendered idle by bottlenecks and other distractions affecting the moving line—all while the clock is ticking. Two or more smaller teams can accomplish far more than one large team. Efficiency is better than rushing to complete a job. Anticipate where bottlenecks can occur (in elevators, stairs, corridors) and plan around them when possible. There is a very good chance that you will not have the building, its loading dock, and elevators all to yourselves. You will be sharing the new space with electricians, heating, ventilation, and air conditioning (HVAC) teams; furniture installers; painters; and various construction-related technicians. Just like you, they have a job to do and need equal access to the same spaces you do. Check with them daily as to what their access needs are.

Moving firms that specialize in libraries can achieve an efficiency on the first day of their move that you will only hit on your last day, if you are fortunate. This can mean that their costs to complete a move are lower than your own, and they’re faster. The closer you work and communicate with them, the smoother things will go. A piece of advice: Elevators apparently have great respect for Murphy’s Law. If an elevator can break, it will and at the most inopportune time. Remember that the elevators in the old facility are as important as the elevators in the new building and can also be a source of lost time. As moves are often compressed into an abbreviated amount of time, you cannot afford the time lost. Have a contingency plan handy.

Movers have years of insight into the problems you will be facing as you move alongside of them, should you choose to. Don’t be afraid to ask their opinions on how they would accomplish tasks you are facing. Their ideas are likely better and safer than your own. They may also have specialized equipment that they would be willing to let you use. Short steel ramps that latch onto the back of a box truck and that accommodate different dock heights are not the type of thing most institutions keep on hand, but movers have them in spades. Remember that the movers are on your team.

Dollies and ramps are your friends. Pallets and lift gates may be overrated or overkill for your move. The time it takes to load and move pallets, raise them with a lift gate, position them in the truck, repeat the process in reverse at your destination, only to have to maneuver an awkward pallet through a new building (watch the new drywall corners!), can eliminate the efficiencies the pallets represent when compared to five people with dollies. Be flexible and if you can line up both dollies and pallets, then consider doing so to ensure you have the best of both worlds.

The move and transition are not over once you have moved in. In fact, the fun is just beginning. Keep your calendar free for a good month or two after the move to ensure you have time to work through and communicate any problems to the appropriate parties. Keep track of all problems that arise, big and small, know who is being paid to resolve them, and let them handle the work they are being paid to do. Typically, you contact your architect, who in turn contacts the builder or adds your items to a punch list that the builder uses to sign off on the project. Keep the lines of communication flowing so that those who are getting paid to fix problems actually address them.

The bigger the building, the more problems that will arise. From copiers to water fountains, only a few things will work like they should on day one. When the move starts, the plans are still only on paper. Some rooms may be slightly bigger than intended and some smaller, furniture may be or appear bigger than planned in a given space, and foolproof systems suddenly require an expert to fix. These can and will cause problems for your plans. Remain flexible and seek out the expertise of those connected with the project.

Doors will be the last thing to work as they should. Given how critical doors are to security and the HVAC systems, you would think they should work on the first day. Contractors and carpenters, however, will tell you that doors give them more difficulties than anything else. If you have ever hung a door, then you have a good idea of the kind of headache that 100-plus doors in a new facility with a brand-new HVAC system can cause. As doors become more and more integrated with IT systems and as the seasons change, the problems compound, whether they come from an ADA access door not communicating with the server, wiring being pinched by casing and framing installers, weather and HVAC imbalances causing unintended pressure that makes metal and wood swell, or simply improperly installed doors. Keep the window open on your door problems and give them the time and attention they need.

Get to know the furniture installers when they are on-site and remember which company delivered what. Problems with the furniture and their installation will appear after you’re settled and knowing who did or did not do what is essential to getting any problems resolved quickly. If you have time, keep an eye on the installers’ progress as they may not complete the work to your satisfaction (the first time). Ask questions, as they can also tell you how your new furniture works. If your furniture is not ready on time, have a contingency plan in place. Furniture that was ready on time can be spread out to cover bare spots until late furniture arrives. It only takes one small oversight at the factory, one slight error on the fabric manufacturer’s end, or one small delay on the shipper’s part for your product delivery to be pushed back by weeks. Patience is required as nothing can really be done to speed shipment dates up.

With all the activity going on, you will discover that you have overlooked important aspects of the project. You will make mistakes. The busier you get and the more complex the process becomes, the more mistakes you will make. Unanticipated problems will arise. Go easy on yourself and those around you and trust that things will work out. Job sites, things not going the way they are supposed to, and complaints seem to go hand in hand. Keep a positive attitude and, from time to time, remember to see the forest for the trees. Happy moving!

TIM SCHLAK was library director and archivist at Northwestern College in Orange City, Iowa, until July 2014. He currently serves as director of the University Library at Robert Morris University in Moon Township, Pennsylvania. 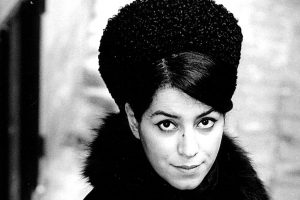