There’s always something fun about visiting somebody else’s class: It’s a chance to meet and talk with students you might otherwise not, maybe make a presentation, kibbitz, ask hard questions, stir the pot a little, and then drift away, serene in the knowledge that any consequences of said pot-stirring and kibbitzing aren’t your problem.

I had the opportunity to indulge a while ago. My former doctoral student Elisabeth Jones invited me to come and be part of a session she was doing with her first-quarter graduate students on the future of libraries. They had done some initial readings, and naturally had their own ideas, many of which brought them to us in the first place and some of which had already been tempered by their first few weeks with us.

At one point, students went around the room suggesting words they would want to describe future flourishing libraries: Many of the usual suspects emerged as you can imagine (innovative, community-focused, technologically sophisticated, warm, inviting)—and then someone said “safe.”

Which caught my ear, and that was my cue to pontificate … that libraries are only mostly safe; that dangerous notions lurk unexpectedly around every corner; that ideas must be challenged and questioned and, if they’re any good, they’ll survive and be the better for it. I also mentioned the words on one of my favorite T-shirts, which I bought at a New York Library Association conference a century or so ago: “My library has something to offend everyone.” Ahh.

This is why, irritating as they are, censorship requests are encouraging. They demonstrate that a library is on the right track, providing opportunities to poke the comfortable, the familiar, the traditional, the majority. “Comfortable” can often be just fine, so long as it stays this side of “monolithic” or “single-minded” or “exclusionary” or worse. Setting out a broader menu and providing a smorgasbord for those who want a more varied information diet are all part of the deal.

The world can be dark and scary at times, and while we can’t guarantee safety—intellectual or otherwise—we can offer a place of gathering and welcome and solace, and once in a while, shelter from the storm.

Here, though, is the rest of the story. She actually meant “safe” in the physical, not intellectual, sense; that libraries would be a place to be safe. I had largely forgotten all about this until a couple of weeks later, when I heard a ton of sirens on a Sunday afternoon in my typically placid neighborhood, followed by what could only be a couple of dozen gunshots in rapid succession.

That all turned out to be the end of a chase that took up much of the city of Seattle for a couple of hours, including three carjackings, numerous accidents, and a guy shooting at police as they pursued him. When things had quieted down, and Twitter seemed to indicate it was all over, I ventured out to see what I could see, only to discover that the, sadly, fatal denouement had happened just outside our public library branch.

From what I could tell, the staff responded admirably, moving people away from the corner until all was clear. And even though surrounding streets were blocked for many hours and at least a dozen police vehicles with furiously flashing lights were right outside the windows, the library stayed open. The scheduled program was even going on! It could have been so much worse, and mercifully it wasn’t. Librarians rock. Which you already knew.

The world can be dark and cold and scary at times, and while we can’t guarantee safety, intellectual or otherwise, we can offer empathy, diversion, understanding, a place of gathering and welcome and solace, and once in a while, shelter from the storm … but that’s another story. 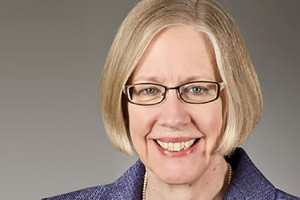 Meet the Candidate for ALA Treasurer: Susan Hildreth

Former IMLS director appeals to ALA members for their vote 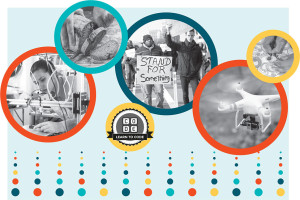