Programming on the Fly

If you were to trek through the marshland behind Wood Memorial Library and Museum in South Windsor, Connecticut, this fall, you might spot a least bittern, one of the world’s smallest herons. Or perhaps hear a rusty blackbird, named for the creak of its song, which sounds like an unoiled hinge.

During this year’s migration season, billions of birds will cover millions of square miles in their annual southbound journey across North America—and new and avid birdwatchers will reach for their binoculars, guidebooks, and smartphones and head outdoors.

Birdwatching has exploded in popularity during the pandemic, with The New York Times last year observing record participation in Global Big Day, an annual birdwatching event in early May, and the National Audubon Society reporting a boom in sales of birding supplies. Libraries, too, are flocking to the hobby. With help from their collections and community partners, they’re working to get patrons outside—even if it’s just a backyard or neighborhood park.

“Before everything shut down, everybody got a little tutorial on how to watch birds from their backyard,” says Jessica Vogelgesang, communications director at Wood Memorial Library and Museum, of a well-timed 2019 library event led by the executive director of the Hartford Audubon Society (HAS) to mark the chapter organization’s 110-year anniversary. The Wood Memorial Library and Museum building is adjacent to a HAS outpost and bird sanctuary along the banks of Newberry Brook, a tributary of the Connecticut River. The library regularly promotes HAS-led bird walks in the sanctuary and has hosted popular programs on birding from home.

Vogelgesang notes the all-ages appeal of birding programs. One mother commented to her that she hadn’t realized how important birds of prey are in Indigenous cultural practices and spiritual beliefs, while the mother’s young daughter said her favorite bird was the owl: “It was bigger than I thought.” Some members of the library’s Friends group are also members of HAS and the town’s garden club, says Vogelgesang, which has fostered natural collaborations.

“There are many advantages to partnering with other local organizations, sharing resources, expanding audience outreach, and helping to promote each other’s programming,” she says. “But the ultimate benefit is the sense of community that is created between the organizations—an atmosphere of mutual support. This sense of camaraderie was a godsend for everyone during the pandemic.”

‘At the end of their rope’

“Birds of Ontario,” a virtual program at Guelph (Ont.) Public Library (GPL) led by a local bird and weather specialist in January of this year, attracted nearly 200 participants, making it one of the library’s best-attended programs during the pandemic.

“People were kind of at the end of their rope because we had just gone back into another lockdown, kids were back online learning,” says Meg Forestell-Page, GPL’s supervisor of programming, outreach, and digital services. “I know it’s more screen time, but to be able to offer the bridge to the knowledge and then [have patrons] go out and do it [themselves]—the library’s played an important role in that,” she says.

GPL also loans out binoculars donated by the Gosling Foundation—a Canadian nonprofit that supports nature education programs—and encourages families to design activities around their usage, such as counting species or drawing them. “As a parent, you want to get out, you’re taking the kids out with you, and kids aren’t coming out unless there’s an activity to do,” says Forestell-Page.

The library had previously partnered with University of Guelph’s environmental education initiative Wild Ontario, which brought wildlife workshops and live birds—such as owls and other wild species—into the library. “We’d always max out. We’d have people waiting outside to get a peek at these birds,” Forestell-Page says, adding that Wild Ontario will be one of her first calls when in-person programming resumes this fall.

Henrico County (Va.) Public Library (HCPL) has led birdwatching programs since 2016 as part of a broader effort to educate youth, families, and older adults about nature and wildlife. The library has children’s nature and birdwatching backpacks available for checkout and has dedicated birdwatching stations set up outside three of the system’s branches. HCPL has also hosted programs with the Richmond Audubon Society on the eBird app, a database (administered by the National Audubon Society and the Cornell Lab of Ornithology) that allows users to track specific species and report sightings.

HCPL Youth Services Coordinator Rick Samuelson has been interested in birding most of his life, ever since he spotted cliff swallows—which fly around in intricate aerial patterns—on a childhood visit to Malheur National Wildlife Refuge in eastern Oregon. He sees parallels between birdwatching and geolocation games like Pokémon Go, where the goal is to spot an animal in its habitat. “We’re kind of doing the same thing,” he says. “We’re both just in our own special corners of nerddom.”

Samuelson recalls a particularly enthusiastic young participant in a birdwatching program a few years ago: “I learned that his mom had driven him out to our branch from the city and he had been pestering her all week about the visit. He was super excited to try out my binoculars, and he spotted a ruby-crowned kinglet,” named for the brilliant red feathers that emerge when the bird is excited. “That was great.”

“My biggest passion is citizen science, and I hope people connect birdwatching with conservation and giving back to the scientific community,” he says. “We’re in such a good spot at the library to help connect people with that sort of thing…. If you’re going out and doing it because you want to help track birds in your area and help preserve these natural resources that we have, there’s something really noble to that.” 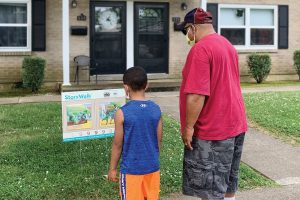 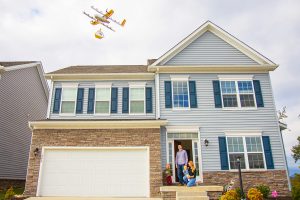