For the first time, CES 2014 featured an area specifically for 3D printing in the exhibit hall where all of the 3D printing companies were colocated. This was a great idea, although it did put small, independent 3D printer manufacturers next to behemoths of the field like 3D Systems, Stratasys, and MakerBot (who, while owned by Stratasys, had their own separate booth).

3D Systems had the most overall impressive showing, with a huge number of 3D printing devices for everything from ceramic (Cerajet) to edibilies (ChefJet) that printed in sugar. 3D Systems was clearly aiming at “professional” 3D printing technologies, with the cost of many of their printers starting at five figures and going up. 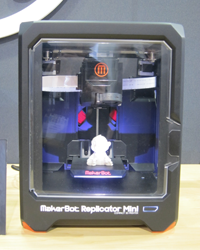 MakerBot stole a lot of the media attention at the show with its announcement of a whole new range of 3D printers, from a new entry-level product (the Replicator Mini) to its new professional oversize printer (the Replicator Z18). It is also moving to make 3D printing much easier, with an upgraded “smart” extruder that recognizes when it is out of filament and pauses the job to wait for a refill, and a built-in camera system that alerts you when a print is done and lets you check progress via mobile phone. For most libraries considering 3D printing as a service, the MakerBot Replicator Mini and the newly designed Replicator look to be in the sweet spot for price ($1,000-5,000) and performance. 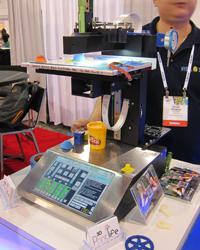 But the fun of CES 2014 and 3D printing came from the variety of other, smaller vendors that were doing interesting things with the technology. My favorites were Hyrel3D and Old World Labs (OWL).

Hyrel3D makes a 3D printer that does all the typical things that a MakerBot does (prints in polyactic acid plastic) but also has a printhead that will accept “squishy” printing materials like Play-Doh, Sugru, or curable silicone and extrude it via a plunger-style printhead. It was the only example of this type of printing that I saw, and was fascinating to think of the fun that kids could have with a 3D printer that output Play-Doh. 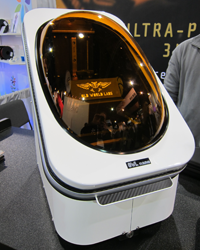 The Old World Labs printer was a stereolithographic printer, a completely different technology from the deposition printers that Makerbot makes. Instead of spools of melting plastic, stereolithography machines use a liquid resin that solidifies when hit with a laser of a specific wavelength.

A similar printer that some libraries have already purchased is the Formlabs Form1 printer, and the OWL Nano looks to be a strong competitor to the Formlabs offering. My concern with this style of printer is the consumable resin, as it is typically formulated for each printer and may not be usable across printers. The idea of vendor lock-in for the consumable part of the printing process makes me uncomfortable.

I’m currently working on a Library Technology Report on 3D printing for release later in the year, so stay tuned and I’ll have lots and lots more info and a buying guide for 3D printers coming in that publication. 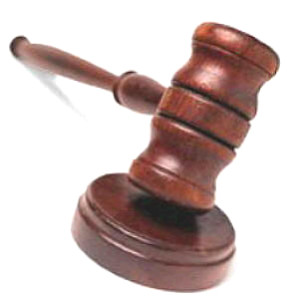 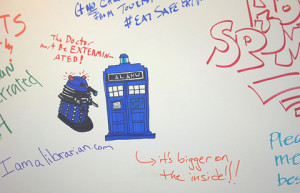