In a January 7 statement, the Executive Board of the American Library Association (ALA) condemned the January 6 violence in Washington, D.C. The full statement follows.

The Executive Board of the American Library Association (ALA) gives thanks for the safety of the staff in our Public Policy and Advocacy Office in Washington and ALA members who work on Capitol Hill, as well as for elected legislators, congressional staff, and other government workers who put themselves in jeopardy to defend the seat of our federal government on January 6.

ALA forcefully condemns the violent attempts to undermine the integrity of our electoral process and our democracy. The threats, destruction of government buildings, and looting witnessed on January 6 do not constitute peaceful protest, but domestic terrorism.

In the span of 24 hours, we witnessed the best and the worst of our nation. The day before Capitol Hill was stormed by a mob, Georgia voters elected the first Black senator and first Jewish senator to ever represent their state in Congress.

On January 4, newly elected members of the 117th Congress took the oath of office, solemnly affirming that they will “support and defend the Constitution of the United States against all enemies, foreign and domestic.” Despite the horrific interruption of their work, Congress resolutely returned to carry out its mission, and so must we.

Libraries in America defend the constitutional rights of all individuals and are cornerstones of the communities they serve. We celebrate and preserve our democratic society so that all individuals have the opportunity to become lifelong learners and engaged residents—informed, literate, educated, and culturally enriched.

A growing number of elected officials are awake to the value of their libraries; but many have yet to understand the role libraries play in the education and employment of their constituents and the economic empowerment of their communities. There is much more work to do.

To preserve our democratic society and ensure that the health of America’s libraries is a national priority, library advocates must engage decision makers at every level of government. ALA reaffirms our commitment to advocating for libraries, library workers, and the profession. To advance library policy priorities and resources to do our work, ALA calls on every library worker and library supporter to join ALA’s advocacy network, follow the work of our Public Policy and Advocacy Office, and sign up to advocate with state chapters.

ALA Executive Board Affirms Support for Library Workers 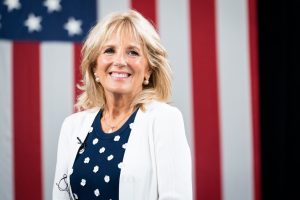