ALA Executive Board Stands with BCALA

The American Library Association’s Executive Board issued the following statement on June 1:

The ALA Executive Board endorses BCALA’s May 28 statement, in which the caucus decries the death of George Floyd at the hands of Minneapolis Police Department officers and cites Floyd’s death as “the latest in a long line of recent and historical violence against black people in the United States.”

The ALA Executive Board stands in solidarity with BCALA, with library workers, with library users, and with members of the communities we serve and support who are susceptible to acts of prejudice, threats of violence, and even death based solely on their race or ethnicity. The pervasive racism present in our nation denies its residents equal rights and equal access and as such is a barrier to the goals of this Association and to the wider profession.

Wherever it resides, racism leads to degradation. It weakens our institutions and destroys our communities and is one of the greatest obstacles to the American Library Association’s mission “to enhance learning and ensure access to information to all.”

Diversity is one of ALA’s key commitments and guiding principles. For this reason, the Executive Board calls on library and information services leaders, staff, and advocates of all races and backgrounds to abolish racism against black people and against all people of color and to see to it that it has no place in our institutions, our policies, our practices, or our behaviors.

Just as the BCALA statement urged its members to take “proactive and preventative measures in the fight against racism” such as participating in protest and other forms of activism, promoting and creating antiracist media content, becoming actively engaged in local policy development, exercising the right to vote, or “running for office to be a voice for historically disenfranchised groups,” the ALA Executive Board similarly calls on the entire Association to work against racial bias and prejudice actively and intentionally through one or more of these means.

The Executive Board therefore urges ALA members and member organizations, members of the wider LIS community, and library institutions everywhere to join it and BCALA in condemning the systemic and systematic social injustices endured by black people and people of color and in working not only responsively, but also preemptively, to eradicate racism anywhere and everywhere it exists.

ALA Executive Board Stands with APALA in Condemning Xenophobia, Racism 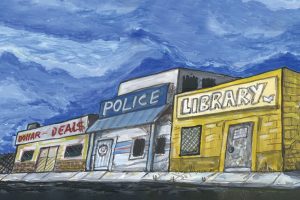