Conversations about using the art form to educate and entertain

Since its emergence in New York City in the late 1970s, hip-hop has grown to become a musical, cultural, and economic force around the world. And it’s been embraced by libraries, which are using the art form for community outreach, teaching, preservation, and more.

In Episode 64, Call Number with American Libraries looks at libraries and hip-hop. First, American Libraries senior editor and Call Number host Phil Morehart speaks with Ralph McDaniels, the hip-hop luminary who created the influential Video Music Box TV show in the early 1980s and who now serves as hip-hop coordinator at Queens (N.Y.) Public Library. Next, Morehart talks with Joquetta Johnson, a specialist in the department of equity and cultural proficiency at Baltimore County (Md.) Public Schools, about her work using hip-hop as a teaching tool.

If you have feedback for the podcast team, email us or call 312-857-6761 and leave a message. Tell us what you liked, what you didn’t like, or what you’d like to see us cover; we may feature your comment on a future episode. Follow us on Twitter and SoundCloud and leave us a review on iTunes. 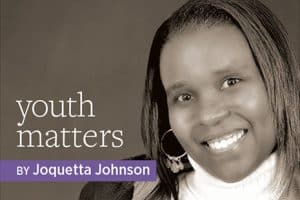