In the past, author R. L. Stine never had a good answer when he was asked, “What scares you the most?” But during his session on June 25 at the 2022 American Library Association Annual Conference and Exhibition, he actually had a story to share.

“The scariest moment of my life is when my son, Matt, was 4 years old. I took him to [the New York International Auto Show] in New York City at the Javits Center,” Stine said. “There were thousands of people, hundreds of cars, and I lost him. He was just gone. And I looked around, and the whole thing lasted 30 seconds. Then I spotted him; he was standing over by a car. I ran over and said, ‘Matt, are you okay?’ And he said, ‘Where were you, Dad? I was about to call the manager.’”

The crowd joined him in laughter. Stine recounted stories of when he first began writing books, shared how humor and horror intersect, and discussed how he keeps his work from going too far and genuinely scaring children in a session moderated by Betsy Bird, collection development manager of Evanston (Ill.) Public Library.

“I’ve always been funny. I never planned to be scary, and it wasn’t even my idea to be scary,” Stine said. Before his debut horror novel Blind Date (Scholastic, 1986) launched him into success, he wrote humor books under the name Jovial Bob Stine. After his Fear Street books also rose to popularity, his editors suggested he write horror books for middle-grade readers; the series would come to be known as Goosebumps. “Maybe we can try two or three [books],” he said. The series is celebrating its 30th anniversary this year.

Stine will release Stinetinglers (Feiwel & Friends), a new book of short horror stories for kids, in August. “I don’t really see why anyone would want to write for adults. My audience—and librarians must know this—the 7 to 11 year olds, they’re the best audience there is for authors. It’s the last time in their lives they’ll ever be enthusiastic,” he joked.

Stine also shared how humor and horror are one in the same for him. “Horror makes me laugh,” he said. “I never get scared … I think it’s the same visceral reaction that you get from both things. When you sneak up behind someone, and you go ‘Boo!’ What do they do? The first thing they do is gasp, then they laugh … When I write, I use a lot of humor in Goosebumps, because I don’t want it to get too intense for kids.”

In writing horror for young readers, Stine only has one rule. “The younger kids have to know it’s a fantasy; they have to know that what happens in Goosebumps couldn’t really happen. So the plots are absurd … and I always feel, if I do that, and they know it’s not going to happen, I can go pretty far with the scares.” 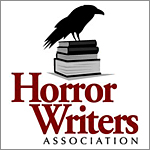 Bringing Horror to the Stacks 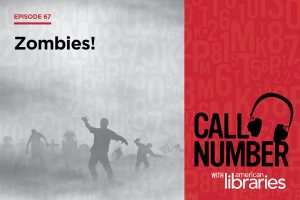 Conversations about libraries and the living dead