Seeing How Libraries Transform
Across D.C.

Libraries are transformative and have a critical role to play in the digital age—that’s the idea behind Libraries Transform, a national public awareness campaign from the American Library Association (ALA) that launched in Washington D.C. yesterday. ALA President Sari Feldman, ALA Executive Director Keith Michael Fiels, and ALA representatives toured a collection of D.C. libraries on October 29, to see firsthand the best practices of libraries and library professionals in the information age, and how programs and services are contributing to community engagement and empowerment.

8:25 a.m. – Dupont Circle
The Libraries Transform street team had an enticing proposition for many commuters on their way to work: Answer a four-question quiz about libraries and receive a $5 Starbucks gift card. Team members administered true-false questions on tablets—such as “True or false: 92% of US households have a computer with an internet connection”—to passersby, and struck up deeper conversations about the power of libraries.

“A lot of people are shocked to learn the library has DVDs,” says street team member Charisma Dimuel. “I don’t even go to Redbox anymore!”

Street team member Tanuja Mehrotra shared her experience with libraries. “My dad would take us every Saturday and he’d say, ‘No more than 12 books,’” Mehrotra says. Her reenacting response to her dad’s book limit was a comical eye-bulging-and-incredulous, “WHAAAT?!”

The street team was split into two groups and covered ground in multiple D.C. neighborhoods throughout the day.

And the answer is “false”—more than a quarter of US households don’t have a computer with internet access—making the case for why high-speed internet and digital technology access at libraries is so important.

The Smithsonian Libraries system is massive—21 libraries in total, with more than 2 million volumes and 50,000 rare books, covering everything from “anthropology to zoology,” according to Deputy Director Mary Augusta Thomas. Though the Smithsonian Libraries’ role in supporting research and the museum system is sometimes overlooked by visitors, which has the library taking a creative approach.

“We’re finding our biggest public outreach through the web and social media,” says Thomas, “particularly our Tumblr.” She says social media helps them reach an audience they usually wouldn’t reach—an audience beyond the 6,000–7,000 people who make it “behind the scenes” or schedule appointments to see research collections. It also helps that Smithsonian Libraries is a digital library.

“Everything that could be scanned, we did, cover to cover,” says Kirsten van der Veen, technical information specialist, as she takes the group through the Fantastic Worlds: Science and Fiction, 1780–1910 exhibit at the National Museum of American History. The exhibit features “incredible adventure stories that transfixed the public,” says van der Veen, and includes books, media clippings, illustrations, and historical artifacts trumpeting Arctic and African exploration, astronomy, oceanography, electricity, and other disciplines and technologies.

“I get really excited when I see the kids out here reading the labels,” says van der Veen. “We put so much work into the text.”

At the back of the exhibit is a door to the Dibner Library of the History of Science and Technology, housing rare books and manuscripts. Lilla Vekerdy, head of special collections, shows the ALA delegation hundreds-of-years-old books on anatomy, mathematics, and astronomy, many produced at a time when so much labor went into printing individual pages.

The library has a first edition of Copernicus, the first English translation of a “pop-up” book by Euclid, and a Galileo letter (not out for the group to see, but digitized).

“Sometimes I just open one of these 500-year-old books and I don’t have to say much,” says Vekerdy, explaining how the awe is both transformative and universal. “I’m trying to show how much knowledge is in one object.”

At first glance, the Thomson Elementary School Library seems typical. Students self-checkout materials, gush about their favorite books (Origami Yoda and Wings of Fire are popular series among these 4th- and 5th-graders), and use Destiny software to make recommendations to friends.

But Jaminnia States, library media specialist, talks about programs and lessons that aren’t as typical—an after-school enrichment program where student learn how to code, a lesson on how to properly search Google and separate the “good information” from the “bad information,” and ways in which her students are collaborating on research.

States and her library classroom have embraced the digital library. Kaiden Lewis, age 10, likes to build PowerPoint presentations—“for class and for fun,” he says. He and Kevin Ren, also 10, want to start a podcast to get more kids to read the Origami Yoda books. And her students can’t get enough of the free coding curriculum from code.org, which gives students a foundation for logic through puzzles, mazes, and spatial reasoning.

“This is teaching them the logic, so once they get to junior high, they’ll be ready for Python, for JavaScript,” says States.

“They’re going to very quickly surpass us,” adds Stacy Tedesco, technology instructional coach. She recalls a recent issue she was having with the school website, and how one of her 5th-graders helped her fix it.

Thomson Elementary hopes to get a grant for an app-controlled robot, so the students can see “more physical manifestations of their work” when it comes to coding, Tedesco says. She also points out how valuable the self-guided instruction on the school’s website is, which gives parents—many of whom are second-language learners—a “scaffolding” to help their kids.

“I tell people all the time, ‘There is no better time to be working with information,” says Geneva Henry, university librarian and vice provost for libraries at Gelman Library. Henry says her library has developed “very deep partnerships” with faculty and tries to address an important question in all of its undertakings: “What is it that our user community needs?”

Gelman is addressing those needs with a variety of programs and innovations. For one, the library’s partnership with the University Writing Class, a requisite undergraduate class co-taught by a librarian, “is creating lifelong researchers,” says librarian William Gillis.

Social Feed Manager is a prototype application developed by the George Washington Libraries to collect data in bulk from Twitter’s API and make it available for research purposes. The medium is still new to academia but, says Dan Chudnov, librarian and director of scholarly technology, “like all library services, we select, collect, curate, and procure.”

Expert Finder seeks to improve cross-disciplinary collaboration and research by creating a searchable database of George Washington University faculty, librarians, and staff. “Our library has experience dealing with data related to the scholarly record,” says Justin Littman, software developer and librarian working on the project. The application is open source, which means anyone can file tickets, create patches, and contribute code.

Collaboration also underscores the D.C. Africana Archives Project—an archival resource connecting five archives across the city—documenting the culture, history, and politics of black life in D.C., including materials that document the civil rights movement, struggle for Home Rule, the development of Howard University, jazz music, slavery in the capital, and more. Archivist Alexandra Krensky says that the library is currently working to develop a K–12 curriculum based on these original resources.

Of the library, Henry says, “We’re helping people to realize their way of life should be inquiry, and getting to those people at an early age.”

The machinery at D.C. Public Library (DCPL)’s MLK branch cannot be overlooked. There’s a Digital Commons, which has 80 public access computers loaded with the Adobe Creative Suite. There’s an Espresso Book Machine, which allows self-published authors to produce their own books for a small fee. The Dream Lab has smart boards and tons of space for meetings.

“I love that this place is so flexible,” says Maryann James-Daley, interim manager of The Labs at DCPL, noting that the Dream Lab on any given day could be used by a Girl Scout troop doing a financial literacy presentation, an all-female Python programming class, or D.C. Tech Meetup.

The MLK branch will be undergoing a $200 million modernization that will triple the building’s space, which in itself reflects The Labs at DCPL’s growth.

“A lot of these things started out small and grew bigger,” says James-Daley. In the Studio Lab, one staff member “really led the resurgence of our podcasts,” she says. Community members have also started volunteering their expertise in the labs. “Once people know what [equipment] we have here, they’re eager to help,” James-Daley says.

The Fab Lab features a laser cutter, laser scanner, a wall of 3D printers, drilling and cutting tools, and long workbenches. To work in the Fab Lab, library card-holders must be 13 or older (if visiting alone), go through orientation, sign a waiver, and bring their own materials or pay small charges depending on the project. Still, James-Daley notes, the nominal fees are far less than what some patrons tell her they pay to be part of an outside maker lab. 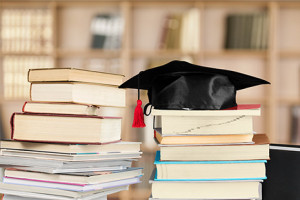 Process, communication, and future accreditation to be examined 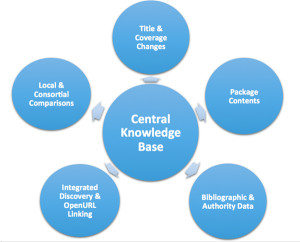 Central Knowledge Base: Expanding the Definition