New Mexico Supports Bond B and other Library Bonds

Library bond issues were successful statewide in the 2014 New Mexico general election on November 4. State General Obligation Bond B, providing $10.8 million for public, academic, public school, and tribal libraries passed by an unofficial margin of 115,211 votes. With 280,177 yes votes and 164,966 no votes, Bond B won with 62.9% in favor, 0.9% higher than attained by library Bond Issue B in 2012. This progress was accomplished through higher margins in all but 10 counties, with the greatest margin gains in Lincoln, Taos, Santa Fe, Mora, Valencia, and Los Alamos Counties. Only two counties, Catron and Union, rejected the measure. Taos was once again the banner county for support at 77.2% yes, followed by Santa Fe County at 70.8% and McKinley County at 69.8%

Bond B showed the second-highest level of support among the three state bond issues; the $17 million senior citizen facilities bond (A) received 64.9%, with library bond (B) at 62.9%. Bond C, providing $141 million for higher education facilities, passed with a 59.8% yes vote. These are unofficial totals, which will be updated when the state canvassing board meets later in November.

The library community was mobilized to support Bond B through the activities of the Bonds for Libraries Special Interest Group (SIG). Under the chairmanship of Olivia Baca, the SIG met periodically to promote the legislation, raise funds, prepare and distribute campaign materials, and place advertising. The SIG used a variety of media to promote passage of Bond B to both library allies and voters who may not use libraries. The SIG website provided updates on the status of the legislation and outreach projects. A radio spot ran in September and October on stations KMGA and KANW leading up to Election Day. Other outreach efforts included bookmarks, window clings, buttons, and “shelfies,” photos of library supporters taken with a library card or library book. The photos were distributed through social media, including Facebook and Twitter. A display ad was also placed on the state’s leading political blog, “New Mexico Politics with Joe Monahan.” Bond B was endorsed by the Albuquerque Journal and other newspapers around the state. The increased level of support in a generally conservative and low turnout election demonstrated New Mexico citizen support for the value of libraries to the community. 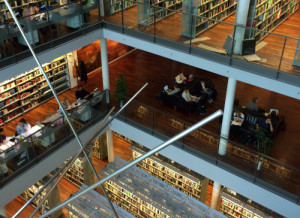 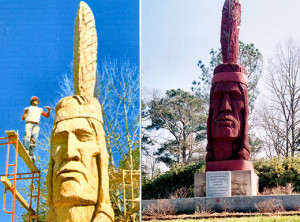