The Evolution of Digital Comics in Libraries

Comic book production, presentation, and distribution are evolving. Digital comics are on the rise, and the comic book industry is struggling to adapt its traditional print models to the new form. This struggle impacts libraries and their patrons as much as it does the average comic consumer. “The Continuing Evolution of Digital Comics in Libraries,” a panel discussion presented by the ALA Comic Book and Graphic Novel Member Initiative Group, addressed the situation.

John Shableski, library program manager for iVerse Media, Rob Salkowitz, consultant and author of Comic-Con and the Business of Pop Culture, Robert Berry, coauthor of the digital graphic novel Ulysses “Seen,” and Jamar Nicholas, artist, educator, and illustrator of Fist Stick Knife Gun: A Personal History of Violence, along with moderator David Lisa of Camden County (N.J.) Library System, presented a thorough examination of the trend, from its beginnings in the 1990s. Accessing comic back issues on microfiche gave rise to CD-ROM comics, which led to the scanning of comics for sharing in the early days of the internet. Fast forward 20 years and technology has finally caught up with comics, allowing them to be created, bought, and shared entirely within the digital realm.

Is the comic book an endangered species? Will digital comics outgrow print? Can the forms coexist? What role does the library play in delivering this new content? These questions permeated the discussion. The consensus was that both print and digital will— and must—live side-by-side in order for each to thrive. Libraries play an essential role in the survival of comics and the comics industry, as well. The road to that synergy is a hard one, though.

Comics publishers haven’t figured out how to transition fully to digital. Publishing models that worked for print don’t work for this new medium. It’s harder to determine digital comics readership because circulation numbers have different meanings for print than they do for digital; in the latter, licenses, mode of delivery, and other factors are at play. What exists now is an incomplete, and often counterintuitive, digital publication plan with no consideration for the consumer. Digital is an afterthought. As a result, getting publishers to fully embrace providing access to digital comics in libraries has been difficult.

“It’s still tough for a lot in the comic industry to realize what digital means to them,” said John Shableski. “And they don’t understand how library readership impacts the industry.”

The panelists noted the parallels between digital comics and ebooks, and that comics publishers right now don’t realize what libraries can do for their business. Robert Salkowitz detailed how digital exposure in libraries helps print sales and that the data supports that fact. Library readership of digital comics leads to sales, particularly among hardcore comics collectors. Getting publishers to realize that has been an uphill battle. Digital is not a priority, despite public support. As a result, libraries have difficulty providing digital comics to their readers.

The panel turned to the crowd for answers during the discussion, asking librarians directly what they wanted from the comics industry in regards to digital. A high school librarian told how difficult it is to keep print editions in her library because they get destroyed easily and are often stolen. Digital prevents both from happening. Another librarian said that having digital comics frees up precious space in her small library for other print titles. If a digital title becomes popular, she buys a print copy for archival purposes. That sentiment was shared by many in the audience, further cementing libraries’ place in the publishing sales model.

The transmedia nature of pop culture is an issue, as well. Many librarians requested that publishers make available comprehensive, cross-media catalogs of their digital holdings to ease the ordering process. Knowing where a particular character is at all times—for example, in which movie or print or digital comic a particular incarnation of Batman can be found—would allow librarians to provide that information to patrons more easily.

Moving forward, the panelists said that comics publishers have to adapt to survive. They noted that shifting models of distribution and subscription offerings may expedite the process and provide more distinct circulation numbers. Instead of one of two major vendors handling distribution, the market can be opened up to more who can provide direct numbers to the publishers. The flip side was argued as well. Too many cooks in the kitchen can spoil (and confuse) the comic soup. Regardless, change must happen.

“It’s too bad that the print model is being applied to digital still,” said Salkowitz. “Digital has the greatest potential to allow libraries to fulfill their mission of providing people with what they want to read.” 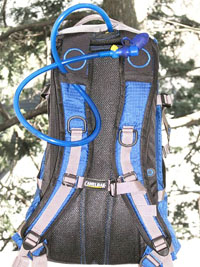 Survival Skills for Newbies in Academe 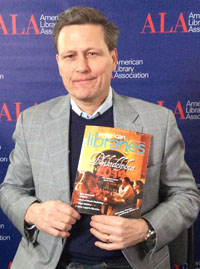