The last day of #alamw17 ended with enthusiasm for the Youth Media Awards and the realization of having tired feet and too many ARCs.

The day started off early with the Youth Media Awards/#ymapjparty. And March: Book Three swept the awards.

The lines are long and we are excited!! #ALAYMA #alamw17 pic.twitter.com/bAbgOaITER

Neil Patrick Harris surprised us with his adorable children.

Oh my gosh!!! @ActuallyNPH's kids gushing about books and libraries is giving me all the feels! #alamw17

Every ALA I think 'hey, I haven't been picking up THAT many ARCs.' And then I try to pack… #alamw17

@wattalexie Wait I know what you look like when you return to work after a successful #alamw17 pic.twitter.com/To71M1I2JS

It's been a blast #alamw17!! See everyone in Chicago! pic.twitter.com/nxepBacrCx 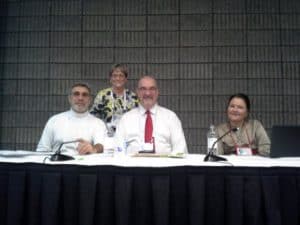 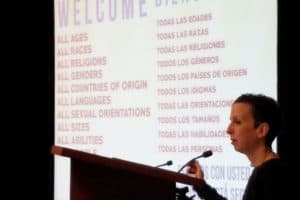 Exploring Our Foundations in Times of Change

Day 3 of the Symposium on the Future of Libraries