The Trump Administration released its 2018 budget proposal on May 23. In response, American Library Association (ALA) President Julie B. Todaro issued the following statement:

“The administration’s budget is using the wrong math when it comes to libraries.

“To those who say that the nation cannot afford federal library funding, ALA, American businesses, and millions of Americans say emphatically we cannot afford to be without it.

“America’s more than 120,000 public, school, academic, and special libraries are visited more than 1.4 billion times a year by hundreds of millions of Americans in every corner of the nation. In 2013, 94 percent of Americans said that having a public library improves the quality of life in a community and the same percentage of parents said that libraries are important for their children.

“Over 80 major companies and trade associations from multiple sectors of the economy called libraries ‘critical national infrastructure’ in a letter to all Senators asking them to support the very agency and programs that the administration has just proposed to effectively eliminate.

“We and those we serve will collaborate with our stakeholders, business allies, and the more than one-third of all members of Congress who have already pledged their support in writing to preserve critical library funding for FY2018 through the Institute of Museum and Library Services and to save the agency itself, as well as other vital programs in other agencies that help millions of Americans.” 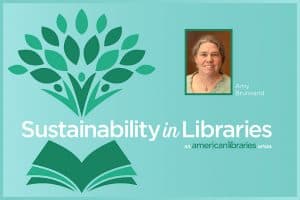 Sustainability on the Other Side of the Stacks

An embedded librarian in the Sustainability Office 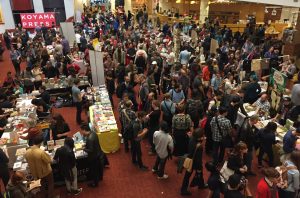