Have you noticed that we seem to have entered an era of heightened competitiveness? Lots of wagon-circling and turf-protecting. Libraryland as one big happy family aside, shrinking funds are bringing out the tiger in us.

Grant seeking is a marketing process, says Herbert Landau in “Winning Grants: A Game Plan,” but his advice also suggests that since some of us will win grants and some of us won’t, a competitive strategy is paramount. “Simply stated, you define your library’s need and sell it to one who can fund your project,” he advises, noting with optimism that “librarians are their own best grant proposal writers. No outsider can write a proposal as effectively as a ‘library insider’ who fully understands the institution’s mission and priorities as well as the needs of the community it serves.”

In “Reaching Out to Undergraduates: Recruitment via Internships,” Sara D. Smith of Brigham Young University posits that many academic libraries continue to predict staff shortages as older employees retire within the next 10 years. But BYU discontinued its master’s of library science program in 1993 and, like other universities with no library graduate program, cannot directly recruit from its own students. Instead the university is using its library internship program as one way to cultivate a future pool of qualified employees who are dedicated to the university. “This program is a good model for other university libraries as they consider reaching out to and recruiting from their own undergraduates,” says Smith.

Also in this issue, Bonnie McCune documents the success of a regional approach for librarians competing for “visibility and positioning within the educational and political communities.” Enhancing coalitions with other community partners is occurring in Colorado, she says, where a statewide approach to early literacy has been gaining momentum since 2004. McCune holds up the state’s new coalition, Colorado Libraries for Early Literacy, as a template for statewide action.

Relief—or at least reward—does come, however, in American Libraries’ lead feature, spotlighting the “Dynamic Doers” of the profession, this year’s crop of ALA award winners, recognized by their peers for the excellence of their work. And hey, we all know there is no competition for awards! 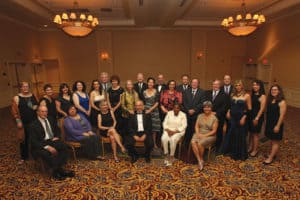