A former Council member takes the Association to task

One of the key problems of our time is lack of government transparency, and therefore restricted public access to U.S. government information. The ongoing WikiLeaks disclosures highlight the need to protest these policies and get them changed. Several of the American Library Association’s core values are directly relevant to this discussion; “access,” “democracy,” “the public good,” and “social responsibility” are four of our 11 core values.

With this in mind, ALA’s Social Responsibilities Round Table (SRRT) put forward two resolutions concerning WikiLeaks at the 2011 ALA Midwinter Meeting in San Diego. “Resolution on WikiLeaks and Federal Agencies” (ALA CD#37)(PDF file) and “Resolution in Support of WikiLeaks” (ALA CD#38)(PDF file) were discussed at an informal Council forum, and were immediately tabled when they came up on the ALA Council agenda. Instead, Council passed a weak substitute, “Resolution on Access to and Classification of Government Information,” (ALA CD#19.1)(PDF file), which did not even mention WikiLeaks in its resolved clauses. Instead, CD#19.1 commended President Obama for his efforts to reform the documents classification system, urged Congress to pass better whistleblower legislation, and defended freedom of the press and the principle of public access to government information. (Ed. note: ALA’s Intellectual Freedom Committee stated that CD#19.1 was crafted “to focus on the larger issues of classification, whistleblowing, and access to government information rather than limiting our concerns to one group.”)

In making this substitution, Council abdicated its responsibility concerning both the process and the content of the two SRRT resolutions, following the example of the legislative and executive branches of the federal government. It is perhaps no surprise that the U.S. government fears being embarrassed, but it is indeed troubling that the ALA Council would specifically decline to support and encourage the broadest access to WikiLeaks disclosures.

The process of stifling principle

Concerning content, SRRT’s first resolution (ALA CD#37) was a response to the U.S. Office of Management and Budget’s instructions to all federal agencies to block access to the WikiLeaks website. The Library of Congress complied for a few days, but after a storm of protest, LC took three actions:

CD#37 called for the amendment of this Executive Order and all other such orders, public laws, and regulations to exclude publicly available information, and to follow the example of the Library of Congress. It is clearly absurd to ask our premier library and other federal agencies to block access to vital information that is already being widely discussed in our national newspapers and on radio, television, and online. Council support for this resolution seemed a no-brainer. How can we reconcile our profession’s core value of access to information with the defeat of this measure?

SRRT’s second resolution (ALA CD#38) supported the right of WikiLeaks to publish leaked government documents, commended WikiLeaks for its public service and for expunging material deemed potentially harmful to innocent people, urged libraries to link to WikiLeaks websites, and condemned the harassment of WikiLeaks volunteers. Obviously, this resolution went further than CD#37 by supporting not only access to publicly available information, but also the organization and its volunteers for making the information available to the public.

If we think back to the Pentagon Papers case, we remember that Daniel Ellsberg gave the material to the New York Times and Washington Post for publication. In the current case, WikiLeaks played the publishing role previously taken by those national newspapers, as well as working with U.S. and European newspapers and news magazines to distribute the documents. If civil liberties advocates and the great majority of librarians congratulated the New York Times and Washington Post at the time for their part in disclosing the truth about the Vietnam War, why would ALA not do the same now for WikiLeaks?

We should expect ALA Council to be just a little bit courageous. We live in difficult times, and it is ALA’s responsibility to vigorously support free access to information and to protect our democratic freedoms.

AL KAGAN is professor of library administration and African studies bibliographer for the University of Illinois Library at Urbana-Champaign. He served 10 years on the governing Council of the American Library Association representing its Social Responsibilities Round Table, and is currently writing a book on the history and impact of progressive library organizations in South Africa, Western Europe, and the United States. He can be reached at: akagan@illinois.edu. 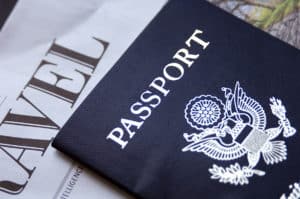 Running a Passport Acceptance Facility at Your Library

Vignettes from the frontiers of modern life