Librarians at Seattle Public Library are serving as an official fact-checking tool for the state’s Living Voters Guide (LVG), a free nonpartisan service that enables people in Washington State to discuss, research, and ask questions about any of the state’s eight ballot measures for 2012.

Created in 2010 by the University of Washington, LVG works like this: After users log on to the site, they can choose a referendum topic (say, charter schools, same-sex marriage, or university investments), look at a list of pros and cons that other users have posted, and make an informed decision. Each user also has the ability to add his or her own pro or con to the debate by typing it into the main field. If a user wants an item verified, he or she can click on the “Ask a librarian to fact check this point” button. —all within 48 hours of a request. After researching the content of flagged claims, librarians post a response consisting of fact-checking results, with citations, and assign each claim a status of “accurate,” “questionable,” or “unverifiable”—all within 48 hours of a request.

“We want to do it in a way that’s not confrontational,” said Travis Kriplean, a postdoctoral researcher in computer science and engineering who implemented the guide as part of his UW doctoral thesis. “But at the same time we want to be able to provide people with signals as to what’s believable.”

UW created the first version of the guide two years ago in hopes of sparking a civil and objective discussion among voters in the buildup to the 2010 election. The university’s Center for Communication and Civic Engagement won a three-year, $730,000 Digital Democracy grant from the National Science Foundation to introduce civic technologies into actual political contexts, the goal being to improve public deliberation in online communication forums. UW then approached the Seattle CityClub, a civic organization, for additional support. “We knew it would be a great collaboration,” Diane Douglas, executive director of CityClub, told American Libraries.

The 2012 edition includes a California section that the University of Southern California and the University of California, Berkeley, created with funding from the Whitman Institute. “Our goals are defiantly scaling in depth and geography,” said Douglas. “Eventually we would like to become a nationwide thing.”

The goal of the Living Voters Guide, ultimately, is to “have a force that moves toward common ground,” Douglas said. And that’s how the decision was made to incorporate libraries. “They are a trusted nonpartisan resource, just like us. We wanted to create a space where people could have their voices heard as a community.” 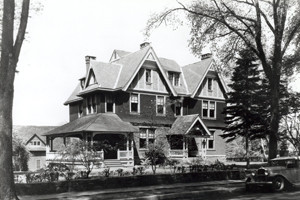 Tales from a Haunted Library

Spirits float among the stacks at this Connecticut library 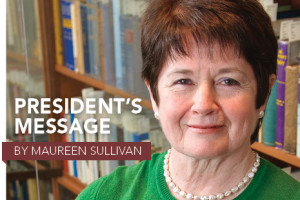 Reimagining our Association for the future