Sometimes relationships with those up the organizational chart are fantastic. Sometimes they are awful. Whether you work for an angel or a demon, you need to manage the relationship. Since what is required to accomplish that feat is not always obvious, I’ve put together 10 tips for success.

These tips can take some time and effort, but remember that once you have established a relationship of trust with an administrator, she or he will more readily listen to your ideas and trust you as a knowledgeable professional. They may not always understand your ideas, but if you are clear about your vision for service to children or teens, you will have a greater chance to move forward with the services you know the youth in your community deserve.

LINDA W. BRAUN is an educational technology consultant for LEO: Librarians and Educators Online, a professor of practice at the Simmons College library school in Boston, and a past president of ALA’s Young Adult Library Services Association. 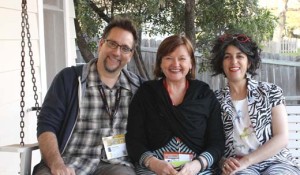 Librarians Make Their Mark at SXSW 2013