The Void in Charter Schools

How can kids develop a love for reading without a library to nurture them?

Linda Eschen began her first day as a library volunteer at Livermore Valley (Calif.) Charter School when the school itself opened in 2004, unpacking boxes and cataloging books. The newly formed school already had a library collection of sorts, says Eschen—an assortment of donated books in a teacher’s garage. Since then, she’s become the full-time librarian for 1,085 students while working online to earn a library certificate from Cuesta College. She has no clerk or aide. “I’m the sole person working in the library,” she says.

The education reform movement embraces school choice as a key component in strengthening K–12 education in the US. Reformers say that in order for students in underperforming schools to succeed, they need the option of transferring into a differently structured public education program unbound by the bureaucratic confines of traditional public schools. Proponents see the solution in having a parent or other nonprofit group, or in some cases a for-profit entity, contract with a public school system to create an alternative school under a charter with fewer strictures than what traditional public schools must adhere to.

The library community is keenly aware of one documented factor that improves student performance in any school setting: an adequately stocked and funded school library staffed by at least one state-certified school librarian. As demonstrated time and again by education researchers such as Stephen Krashen, Keith Curry Lance, and Stanford University’s Center for Research on Education Outcomes, a credentialed librarian with sufficient resources can significantly bolster learning for even the poorest students.

LVCS’ssuccess notwithstanding, the proliferation of charter schools (attended by more than 2.3 million students in the 2012–2013 academic year, according to the National Alliance for Public Charter Schools) has not seen an equal increase in school libraries in those schools. The US Department of Education’s 2007–2008 Schools and Staffing Survey—the most recent as of early May—indicated that about 92% of traditional public schools had a school library, but only 51% of charter schools did. (Issued every four years, the 2011–2012 survey was scheduled for release in June.)

Charter schools in the District of Columbia are typical. “In D.C., most charter schools don’t have libraries—they don’t have the space for them,” says parent and activist Peter MacPherson of the Capitol Hill Public Schools Parent Organization, a D.C.-based parents group. While a number of schools have been physically modernized recently, their libraries have not, he says. Anacostia High School, which just underwent a complete $63 million rehab, reopened for the 2012–2013 academic year without a single book in its library and has functioned that way for most of this school year. No money was designated for the initial collection.

Eschen works without a preapproved library budget. For the 2011–2012 year, she says she had $1,250 donated by LVCS parents for new acquisitions, slightly more than $1 per student. The library has six laptops for student use, and some classes in the upper grades have their own laptops, depending on what subject is being taught. Tri-Valley Learning Corporation was scheduled to move both the grade school and its sister high school into a new joint-use facility at the end of May. The new building will eventually have playgrounds and athletic facilities in addition to classrooms and labs for 1,300 students—and, of course, a library in which Eschen will continue to serve.

But things aren’t that much different in many of California’s public schools. Jane Lofton, president of the California School Library Association, works solo as a full-time certified teacher-librarian at Mira Costa High School in Manhattan Beach. Lofton serves about 2,400 9th–12th graders with a collection of about 20,000 books and subscriptions to periodicals and online databases, an online catalog, 44 networked computers, and a scanner. The library has extended hours funded by the school’s parent-teacher group. Her 2012–2013 budget is about $2,400. Officials, she says, “think the library services here are pretty good, but really, they’re not.” The California model school library standards recommend one full-time  certified teacher-librarian and one part-time (36 hours per week) library aide, clerk, or technician for every 750 students.

Stephen D. Krashen, education expert and professor emeritus at the University of Southern California, argued in a May 10, 2010, blog post for Education Week that it’s not school quality but poverty that causes poor student performance. He points out in a condensed version of the post, published in the New England Reading Association Journal (2011, vol. 2), that people think US schools have failed mainly because “American students have not done especially well on international tests of math and science. Studies show, however, that American students from well-funded schools who come from high-income families outscore nearly all other countries on these kinds of tests (Payne and Biddle, 1999; Bracy, 2009; Martin, 2009). The mediocre overall scores are because the US has a high percentage of children in poverty—over 20%, compared with Denmark’s 3%.”

School libraries may be the only source of books for poor children because they have little access to books at home or in their own communities, Krashen says. “Studies confirm that less access to books means lower reading achievement, which makes sense in view of findings that show self-selected reading is a powerful predictor of reading achievement.” He adds, “We have good evidence that quality school libraries can mitigate the effects of poverty. Two recent studies, one in California and another involving students from 40 countries, have shown that access to a good school library has a large positive effect on reading test scores (Achterman, 2008; Krashen, Lee, and McQuillen, 2010).”

Krashen’s conclusion is that schools should focus first on food, health care, and books—not on new standards and tests.

Chicago is another city where officials have heavily invested in charter schools, most of which operate without libraries. (But then, some traditional public schools also lack libraries: Chicago Public Schools spokeswoman Monique Bond said in an October 19, 2010, Chicago Sun-Times article that at least 160 of the 472 public elementary schools in Chicago at that time lacked school libraries.) After more than 12 years of charter schools in Illinois, the academic performance of the state’s charter school students still lags significantly behind students in its traditional public schools.

The presence of libraries in schools, then—and the involvement of parents in advocating for their inclusion and support—is the key to effecting positive change. MacPherson says district parents are doing most of the heavy lifting when it comes to getting more library funds. When D.C. Public Schools Chancellor Kay Henderson proposed in 2012 the defunding of school librarian positions in the 58 schools with an enrollment of fewer than 300 students, the group spearheaded by MacPherson forced DCPS management to appoint a task force to study D.C.’s public school libraries and to commit itself to making whatever improvements were recommended in the December 2012 task force report. Although the task force recommended a full-time librarian in every school, Henderson’s current proposal is to limit schools with fewer than 400 students to a half-time librarian—thus cutting even more full-time school librarian positions.

“The school libraries in the city, by and large, are in terrible shape,” MacPherson says. “Right now, there is no dedicated fund for library books,” and the school district spends, on average, $17–$25 per student annually on books. That’s not enough for the Capitol Hill parents; their goal is for each school library to have 15–20 books per student in addition to a 40,000-volume ebook library and e-readers plus library database subscriptions.

MacPherson thinks they can get it. “We’ve had a very successful advocacy program,” he says. His group gathered 4,000 signatures on a petition drive against the proposed library cuts, and when Henderson held state-of-theschools meetings earlier this year in every ward, “we had representation at every single one of those meetings.” The parents group has had significant support from the District of Columbia Library Association and local PTAs as well as the teachers’ union.

The key to effecting change is “conveying an absolute sense that you’re not going away and will keep on” until problems are addressed, MacPherson advises. “There’s just a threshold of pain that elected officials can withstand” when it comes to public pressure, and parents have to push past that for however long it takes, even if it means confronting local politicians for several years at a stretch.

And whether it is a charter school or a traditional public school, such parental advocacy is a critical factor. That’s how the D.C. parents group has gotten results so far, and LVCS librarian Linda Eschen says parent involvement has been at the heart of her school library’s creation and development. “Right now there is a parent group that is compiling data to get funds dedicated for the library to purchase new-release books for our library,” she says. “At this time, the only funds for new purchases come from our Parent Teacher Organization.” 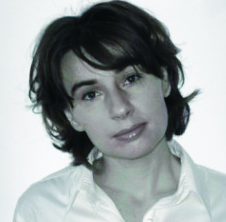 A complex array of factors

Screen sharing gets librarians and patrons on the same page