More than 260 librarians and almost 800 library technicians who work for the Department of Defense (DOD) are being furloughed 11 days, one day per week from July 8 to September 27, due to sequestration. While this is a personal financial hardship, we are also concerned about having to cut library services for our patrons: military servicemen and women and their families. This is a time of confusion for many of us, as the situation is complex and constantly changing.

There are approximately 185 library programs within the DOD; larger ones at the Pentagon and military universities and smaller ones that serve posts or bases. Soldiers and their families rely on information we provide to help them through their careers, whether that be language training to prepare for an overseas deployment or continuing with formal education.

Many DOD installations have canceled contracts, curtailed travel, and postponed all purchases except for emergency supplies. Other fiscal cutbacks include a DOD-wide hiring freeze. Many DOD libraries are planning to close, at least in part, on weekends to cope with the lack of staff. The recent trend has been to close military libraries if a local library can serve the population, but many public libraries are facing their own budgetary constraints. And given that military bases and personnel are often vital sources of economic opportunity for local residents (and the majority of federal employees work outside of Washington, D.C.), sequestration will also have a major impact on those communities.

Military universities are working hard to remain focused on the mission of educating leaders and providing the highest quality services within the constraints presented by the FY2013 continuing resolution and sequestration. In anticipation of the furlough limiting services, university libraries are prioritizing spending and making plans to absorb anticipated cuts to the remaining budget for FY2013.

Two of my staff members at the Defense Language Institute Foreign Language Center have retired and I cannot recruit successors because of the hiring freeze. This, in addition to the furlough, will hamper any progress on our cataloging backlog this year.

Some installations, such as the Naval Postgraduate School, are trying to provide maximum flexibility to support academic programs by focusing on only core library services and reducing hours of operation.

Library staff vacancies at United States Air Force Academy will reduce hours by as much as 20% in the fall. The acquisitions budget has been cut by 27% and a personnel freeze resulted in a 25% librarian vacancy rate, although no positions have been permanently removed from the authorized personnel plan. The library’s digitization project of primary-source manuscripts has been seriously curtailed, and plans for renovating the current facility—last remodeled in the early 1980s—have been suspended indefinitely.

At West Point, all library funds have been returned to the Department of the Army and purchasing authority has been revoked since January. It has suspended all interlibrary loans as it cannot pay to ship materials or provide copyright clearance, and also suspended printing in the library as it cannot pay for consumables and is not currently renewing any contracts. It is trying to justify use of gift funds for some resources.

Military librarians understand the importance of our work, not only to our patrons but also to the communities in which we live. The military really believes in information and keeping it (many bases even have historians and archivists on staff), but the financial situation is just too precarious. Without these services, soldiers and their families who don’t get library support can’t finish their education, and as the military downsizes, this often means they can no longer work in the military.

KATHLEEN HANSELMANN is chief librarian at the Defense Language Institute Foreign Language Center in Monterey, California. Contact her at kathanselmann[at]yahoo.com. 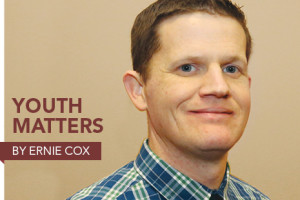 How school librarians can minimize the summer slide 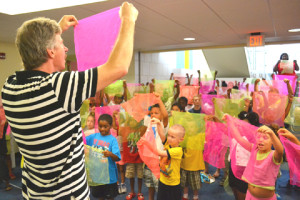 Tax Battle in the Bluegrass State