Several questions linger about the vault that many people believe the late J. D. Salinger left behind, purportedly filled with nearly half a century’s worth of unpublished manuscripts. Is there a vault? Does it really contain books soon to be published? And will the vault prove to be a treasure trove or a Pandora’s box full of indigestible ramblings about Eastern spirituality, in the manner of Salinger’s last published story, the ungainly “Hapworth 16, 1924”?

With the publication of David Shields and Shane Salerno’s Salinger, a sprawling oral history overstuffed with commentary on Salinger from those who knew him and many who did not, and the release of Salerno’s documentary film, also called Salinger (the book is a companion to the film), we have considerably more speculation about the vault and its contents.

But what of the book itself? Shields and Salerno take a much different approach to unveiling Salinger’s hidden life than Kenneth Slawenski took in his J. D. Salinger: A Life (2011). Slawenski constructs a traditional biographical narrative from the stew of secondary sources, while Salerno and Shields present the stew one bite at a time, offering an enormous clip book that showcases the authors’ research: excerpts from hundreds of interviews with all manner of subjects—too many of whom merely experienced some of the same things Salinger did (mainly World War II) or, in the case of various celebrities, were simply moved by his work. (Do we really need to know what The Catcher in the Rye meant to John Cusack?) But the authors have unearthed some genuinely new material, including interviews with Jean Miller, the first of many teenage girls, on the cusp of adulthood, with whom Salinger had a very peculiar relationship.

Salinger devotees will find all of this laundry airing either endlessly fascinating or cheap and salacious, depending on their tolerance for laundry. The bottom line in both books is that World War II had a traumatic effect on the writer, who wrote to escape the horror of battle (he was working on The Catcher in the Rye throughout the war); later, after the success of Catcher, fame—instead of war—became the horror that needed to be kept at bay.

What’s lost in all this welter of detail about a troubled man and his contradictory life is Salinger’s writing. There are snippets of perceptive analysis from Shields and from some of Salinger’s fellow writers, but most readers will come away from this book feeling that what’s missing in this messy, muddled hodgepodge of a biography about a messy, muddled life is the precision and clarity of Salinger’s best stories.

But back to the vault. Shields and Salerno are convinced there is a vault and that sometime in the next five years we will see the publication of several new books, many of which are likely to take the form of meditations on Zen and the Hindu philosophy Vedanta. To my mind, that doesn’t bode well, at least for fiction readers. I have to say I prefer that “David Copperfield kind of crap” that Holden warned us against on the first page of The Catcher in the Rye.

BILL OTT is editor and publisher of ALA’s Booklist. 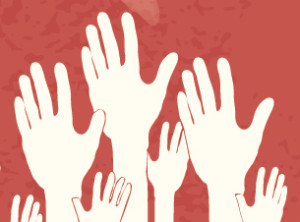 An overview of how states performed on 2013 ballots