The breadth of ebook titles grew with Hachette opening its ebook catalog to libraries and the other Big 5 expanding the availability of pilot programs and back- and frontlists to libraries. However, more work needs to be done regarding multiple licensing and ownership options, full access to new e-titles in libraries, and setting library pricing closer to consumer levels.

President Barack Obama asked librarians to assist the public in signing up for insurance under the Affordable Care Act. Thousands of US libraries provided info and access to about 7 million Americans, despite HealthCare.gov glitches.

Tea Party members filed lawsuits challenging how Kentucky libraries raise millage rates. Courts ruled that two libraries did not follow state law when they raised tax rates without voter approval. Lawsuits against three other libraries are pending. These decisions could force the rollback of tax rates back to those in place when the libraries were founded, resulting in staff and service cuts.

ALA President Barbara Stripling launched the Declaration for the Right to Libraries at ALA Annual in Chicago, with signings at libraries and online following.

The nation’s first 24-hour library vending machine opened in ­Norman, Oklahoma. It is one of two that the Pioneer Library System will install in areas ­without nearby branch libraries.

In June, Edward Snowden leaked reports of the National Security Agency’s mass surveillance activities. This included collecting the telephone records, emails, and other internet activity of millions of US citizens from companies like AT&T, Facebook, Google, Verizon, and Yahoo.

The funding struggle continued. Advocates in ­Ogden, Utah; Philadelphia; and Harrisburg, Pennsylvania, got some librarian cuts rescinded. New York City schools sought a variance from the state mandate requiring a credentialed librarian in every middle and high school. Louisiana weighed dropping its state mandate altogether but backed down. A stalled federal education bill ties some school libraries’ grant eligibility to having a credentialed librarian on staff.

Colorado floods that damaged or destroyed more than 19,000 homes in September miraculously spared libraries in the state. Boulder libraries suffered slight water damage, but most escaped unscathed, allowing them to serve as community relief centers.

A Big Win for Fair Use

After an eight-year court battle with the Authors Guild, search-engine company Google won the right on November 14 to continue digitizing millions of copyrighted materials for its Google Books project. US Circuit Court Judge Denny Chin ruled that Google Books is a transformative research tool that “provides significant public benefits” and is legal under the fair use exception to US copyright law.

Two lawsuits were filed against New York Public Library to prevent renovations of the historic Stephen  A. Schwartzmann building in Manhattan. Plans to dismantle the 102-year-old stacks, whose seven stories hold millions of volumes from the library’s research collection, are currently on hold.

On June 27, a diplomatic conference of the World Intellectual Property Organization in Marrakesh, Morocco, adopted a treaty (hailed by singer Stevie Wonder, pictured, in Marrakesh) to allow a copyright exception on works for visually impaired readers so they can be sold and distributed outside their countries of origin.

The first bookless public library opened in Bexar County, Texas, in September. The library, known as BiblioTech, has more than 10,000 titles for digital download and 600 e-readers available for checkout, in addition to computer stations, digital literacy classes, and a coffee shop.

The FCC initiated a massive review of its e-rate program, which provides affordable telecom and internet services to libraries and schools, for the first time since it began in 1997. ALA filed comments in September, urging the agency to accelerate its support for high-speed broadband and to streamline the process.

The New Look of Teen Services

On October 1, after the US Congress failed to pass a bill to fund the government, all its “nonessential” offices and services shut down for 16 days, including the Library of Congress, National Archives, all presidential libraries, and federal museums.

The Fred W. Smith National Library for the Study of George Washington opened on September 27 at Mount Vernon.

Since launching in April, the Digital Public Library of America has aggregated more than 5 million items from more than 1,000 collections and archives  from a network of digital libraries throughout the US. 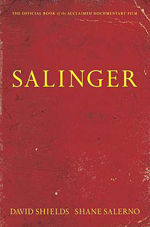 Libraries are making scholarship accessible to all