Andrew Slack speaks with American Libraries about the power
of fantasy

Activist Andrew Slack, cofounder and executive director of the Harry Potter Alliance (HPA), sees fantasy stories not as an escape from our world but as an invitation to delve deeper into our experiences. He spoke with American Libraries about the power of fantasy in combating real-life issues. Join the conversation by attending Slack’s session during the President’s Program on Sunday, January 26, 3:30–5:30 p.m.

Why do you think story is the tool with which to combat the “real-life horcruxes” of inequality, illiteracy, and human rights violations?

A good story opens us up, makes us vulnerable. And in that moment of vulnerability, we can be preyed on or prayed for. We’ve seen stories put to a lot of bad use. Hitler used them, bin Laden used them, and companies that are destroying the earth use them in 30-second ads.

J. K. Rowling said, “We do not need magic to transform the world. We carry all the power we need inside of us already. We have the power to imagine better.” Indeed we do.

For no apparent reason, we are not meeting people where they are, nor employing the best strategies to engage people who are not already turned on to our message. And as a result, the change we want to see is not happening in activism and education. Our very important and serious rhetoric around activism and education is boring the crap out of our young people, actively preventing them from finding the superhero inside of them.

What about fantasy inspired you to delve into fan activism? Why Harry Potter in particular?

A 12th-grade teacher once asked our class if the actor’s role was to receive applause. Or did the actor, as someone who was expressing the state of the human condition, have a role to play in going beyond the theater and using his or her craft to elevate the human condition in society?

In college, I witnessed firsthand the power of personal storytelling at a center for peace and reconciliation in Northern Ireland and studied how civil rights workers used the power of story to further their movement. I left college wanting to ignite a social movement based on the notion that fantasy is not an escape from our world but an invitation to go deeper into it. That part I knew I wanted to do.

Harry Potter came by accident. In fact, I didn’t want to read the books at all. But the way the kids I was working with lit up when they talked about it, I had to try it. By the end of the first chapter I was completely gone. I closed the book, turned to the person sitting next to me and said, “This book just changed my life.”

Harry’s school, Hogwarts, opened up a world of freedom for me. The post office became the world’s most exciting place because the lines gave me a chance to read Harry Potter. And everywhere I went there was someone to talk with about the book.

But I grew frustrated. If Harry Potter were in our world, he’d do more than talk about Harry Potter. If we really are fans of the books, we should fight injustice in our world, the way Harry did in his. After all, Harry starts an activist group called Dumbledore’s Army that wakes the media and government to Voldemort’s return.

And so I asked, “What if all Harry Potter fans were to become a Dumbledore’s Army for our world and wake our media and governments to ending genocide in Darfur? What if we created an organization that uses parallels from Harry Potter to inspire hundreds of thousands of fans to act as heroes in our world?”

So I drew a map of all the different real-world issues that I saw connected to the Harry Potter novels. It’s easy to see that Harry Potter fans are naturally empathic. They care about how werewolves, half-giants, and Muggleborns have to live in the closet, and we in the HPA care about people having to live in the closet for their sexuality, gender identification, or immigration status; how the Ministry of Magic suspended habeas corpus and tortured prisoners through the use of dementors; how a consolidated media in the form of the Daily Prophet and the Wizarding Wireless Network join the Ministry in ignoring Voldemort’s return to power, and so fans question what our media and government choose to prioritize.

The parallels in Harry Potter to our world are immense and profound. And it’s certainly no coincidence that J. K. Rowling used to work for Amnesty International.

I met a band called Harry and the Potters—two brothers who look like Harry Potter, dress like Harry Potter, and sing punk rock songs from Harry Potter’s perspective. They loved the idea of a real-world Dumbledore’s Army, and along with my colleague in comedy, Seth Soulstein, we started the HPA: a “novel” approach to social change.

How can librarians get involved in your advocacy work?

Librarians can get involved with the HPA by participating in and promoting our national campaigns, providing local HPA chapters with space for meetings and events, and even starting their own chapters via our brand-new library chapters pilot program.

Can you tell us where the library chapters of HPA are being formed?

At the moment, our library chapters pilot program is just getting off the ground. Our first two participants are library systems in Phoenix and Oklahoma City. We plan to expand our pilot program in coming months and eventually build a national network of library-based chapters.

How do you get people to buy into the idea that fantasy can change the real world?

It depends on the audience. But ultimately they should just join us in some capacity and experience how fun and meaningful it is.

In fiction, and in real life, it’s easy to paint people as “good” or “bad,” but the characters in Harry Potter are more complex. Following that example, how do you address issues without relying on stereotypes or oversimplification?

That’s a real challenge, and I’m not sure we always succeed. But there’s a guiding principle that comes from a Harry and the Potters song, “The Weapon We Have Is Love.” And love, ultimately, is deeper than just being nice and pleasant.

Our culture does a poor job of explaining the complexity and contradictory nature of the many facets that make us us. The acts of judgment and bullying and often violence we put ourselves through because we are not “good people,” because we have “dark thoughts” is so violent. I believe very deeply in our potential for love. I also think that part of the journey is recognizing, with a smile, the existence of our contradictions. And having a compassionate attitude toward these contradictory and nuanced areas within us.

I do believe we can speak to the angels of our higher nature, but I would prefer to do that with authenticity, knowing that the angels recognize and love us entirely as we are—warts and all. Harry Potter teaches what many great teachers from a diverse set of traditions have taught: Love is the most ancient and powerful form of magic in our world.

Why did you develop the Imagine Better Network?

My original intent was not to start the HPA; it was to start a social movement based on the power of communities employing narratives to actualize our core needs as humans. Everything I tried did not stick until I went to Harry Potter. Now we have a global constituency that believes in the power of story for social change. We are ready to go into other stories and not only reinvent civic engagement but also education and storytelling itself. 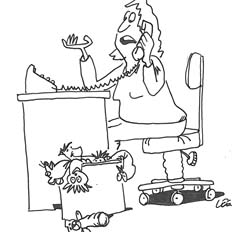 Warming Up to End Times

What the coming apocalypse means for libraries 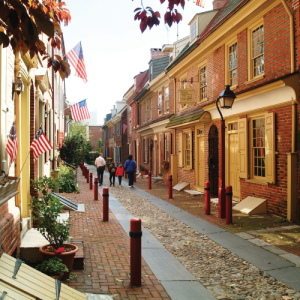