What a dystopian film can teach us about information, power, and control

In an alternative universe, I’m a film historian. I got hooked in college, where multiple film society screenings were shown almost nightly for a couple of bucks apiece. Heaven. And among all my genres of interest (terrible 1950s science fiction, cult stuff, noir, silents, splashy MGM musicals, and on and on), there’s a much less-recognized category that resonates professionally: the “information movie.”

We all know—I hope!—Katharine Hepburn in Desk Set, the reference librarian to Spencer Tracy’s efficiency expert who, for a while, beats the computer he brings in at its own game. She’s a role model to us all; it takes style to wear a silver lamé dress and red cape to an office Christmas party while slugging champagne with Joan Blondell like it was water. This remains, to date, the only romantic comedy about library automation.

Besides the occasional library-centric movies, there are others where some form of information plays a central role: think National Treasure (they sell the DVD at the National Archives), Schindler’s List, A Letter to Three Wives, Mr. Smith Goes to Washington, the secret of Citizen Kane, the haunted videotape in The Ring, and Independence Day, where we learned that the invading aliens were Mac OS compliant.

Those are all obvious, so let me offer, for your consideration, one less so: Rollerball. If you know the original 1975 film, you probably have hazy memories of James Caan in studded motorcycle gloves, though there’s also a healthy dose of 1970s dystopian social commentary here. (Don’t miss the drunken party guests burning down a forest with flamethrowers for kicks.)

The film is a future vision of 2018, all stainless steel and molded plastic and corporations ruling the world and John Houseman as the ruthless executive trying to force his star rollerball player into retirement before he becomes too famous and thus dangerous—the game was created to demonstrate the futility of individual effort, after all.

James Caan wants to know how it all happened, so he goes … to the library. There, in a perky if unhelpful way, he’s told those books are classified, and have been transcribed and summarized, “but we have all the edited versions here.” So then off he must go to the main computer center in Geneva, where he encounters Ralph Richardson’s dotty librarian who is all a-dither because Zero, the main global computer, has misplaced the 13th century: “Not much in the century. Just Dante and a few corrupt popes.” Zero, resembling nothing so much as a water filtration system, gurgles away, refusing to answer any questions.

Rollerball unsettles, as an unflattering picture of corporate oligarchy in its most gladiatorial and craven form, as well as a cautionary tale about information, power, and control. It’s hard not to think, especially as we approach its putative 2018 date, about contemporary parallels. Corporations wielding clout like a cudgel. Information used to consolidate power and maintain surveillance. A giant, all-knowing computer system with a one-word name whose inner workings nobody quite knows.

Once you make the connection, it’s hard not to think about all the different ways in which the things we say, type, ask, and share are being scooped up, sifted, analyzed, compared, and most sinisterly, stored away for who knows what future purpose. I don’t like the idea that the NSA was reading my email; I really don’t like the kind of control and power we have cheerfully given one-name web companies and hope that some smart young librarians, perhaps the heroes of the next great information movie, are thinking of ways to fight back.… But that’s another story.

JOSEPH JANES is associate professor and chair of the Information School at the University of Washington. 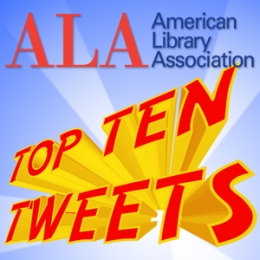 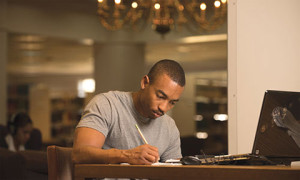