Fired Up for Retirement

What’s worse than new-roof leaks and dunning a trustee for overdues?

Above all, every library director with a standard seven-member board of trustees knows one fact of life: the rule of four. It takes only four votes to get you fired. If you’re unlucky, your board has only five members. Things can get very dicey when it takes only three votes to get you fired. So if you really want to be a library director, look for a nine-member board of trustees. It takes real talent to alienate five people; so if you do get fired in that scenario, you probably deserve it.

Although there is one term for getting hired (“You’re hired”) there are countless terms for getting fired: canned, sacked, terminated, let go, kicked to the curbed, sent to Siberia. The list goes on and on.

Just as there are many ways to say “You’re fired,” there are many ways to get fired. Let’s see: Your weeding program can go awry; the rollout of your new multimillion-dollar integrated library system can crash and burn; the roof on your much-heralded and expensive building addition can leak; your employee of the year can have a nasty psychotic episode in the children’s room; or your passive-aggressive head of circulation can wage a secret war on chronically delinquent trustees. Nothing is your fault, but you get the sack.

But you never publicly admit to being sacked. To the nosy reporter poking around, you say you have decided to spend more time with your family, whom you now have no money to feed, clothe, and shelter.

For me the best part of retirement was no longer having to fear being fired. These words from the board bully always sent chills up my spine: “Do what I say, Will, or I have four votes to can your ass.” Guess what? I really was looking forward to spending more time with my family.

Then two years into retirement, when I felt like I was getting A+ evaluations in my new (unsalaried) career as a grandpa, I lost my 3-year-old grandson Connor in the library. There we were, looking at snake books, when he basically snaked away. At first I kept calm and walked over to the dinosaur books. No Connor. Then I headed nervously to the monster truck books. No Connor. Next I sprinted to the kiddie computers. No Connor. Now I screamed, “CONNOR!” No Connor.

A librarian came over. “Sir, have you lost a child?” When I nodded, she set in motion the library policy for lost children. One staffer walked through the building, one checked the bathrooms, and one headed for the parking lot. No Connor.

For 10 minutes I was in that special fiery ring of hell reserved for idiot grandpas. What would I tell my son? “We have a bit of a problem here. Connor seems to be missing. We had fun browsing the snake books, but now we can’t find him. But the librarians are contacting the police. I’m sure he’ll turn up.”

Just as I was ready to dial, I heard Connor’s unmistakable giggle. “Gotcha, Grandpa. I was hiding behind that big chair.”

I didn’t know what to do—scream or hug him. I bit my tongue and did the latter. Then I said, “Don’t tell your dad; I don’t want to be sent to Grandpa Siberia.”

WILL MANLEY has furnished provocative commentary on librarianship for more than 30 years and has written nine books on the lighter side of library science. Email: wmanley7[at]att.net. 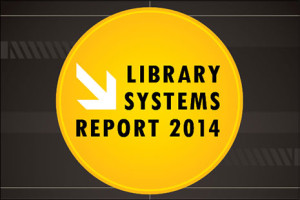 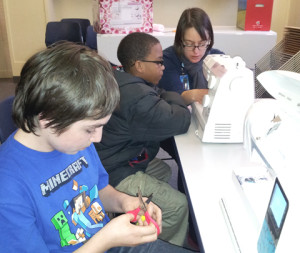