In some ways, it is the subtlety of the act of harassment that allows it to be so often overlooked:

When I worked in IT, sexism and misogyny were the unspoken accepted practice. I learned to navigate that world to the best of my ability, knowing that to fight back could mean professional death. So I left. I was burned out from being dismissed, ignored, and harassed at trade shows, conferences, and meetings.

And yet, here I am in a new profession that is predominantly female and on some levels, the sexism and misogyny is a lot worse than during the dot-com boom.

Since the beginning of my library career, I’ve been very public about sexual harassment and misogyny and how rampant it is in the profession. The more I and others write, promote, and talk about the library world’s dirty laundry, the more our detractors come out to rebut and shame us for speaking out.

Sometimes, worse than the harassment is the pushback from peers for speaking out about our experiences.

The constant argument we hear is that these things do not exist because the detractors themselves, regardless of gender, have almost never dealt with them. Other comments include: “Boys will be boys,” “So-and-so didn’t mean it,” and “Well, if you had not worn that outfit, been at that place, this never would have happened.”

A few years ago, I wrote a blog post that critiqued a column—written by a man—that appeared in a professional publication whose overarching goal was to get more women within the library world interested in technology (a good thing!). When several other people and I attempted to engage the columnist about his article, our concerns were dismissed as isolated instances that did not reflect women in the field as a whole (a bad thing!).

Not everyone experiences harassment or microaggressions at the same level, and many are lucky to have never been harassed, sexually or otherwise. But this does not mean these things do not exist.

We need to stop turning a blind eye. We should stop shaming people for speaking out against the indifferences they see at local institutions and at national levels. We have to stop using the word “diversity” as our motto if we’re not willing to really work on making our profession diverse.

We need to stop claiming that libraries are progressive unless we really want to be progressive.

We should find ways to not only attract women to technology but also retain those already working in the field.

We ought to start being active by engaging the communities we support. Local libraries can do programming to attract and introduce women and other marginalized groups to technology. Academic libraries can do the same: Work with the institution’s departments and get their help. In addition, form grassroots groups to create supportive networks or present training classes on ally support and safe spaces.

And start speaking up! Organize panels at local and national conferences. Bring in speakers to work on issues that are problematic. Put together a code of conduct for conventions and meetings so that all people feel safe. Write about these inclusions in publications or on your blog. Point out the problems you see and offer productive critiques and solutions.

And be vocal. Be persistent. Be brave. And most of all, get that conversation flowing.

LISA RABEY is a systems and digital librarian. She tweets at @pnkrcklibrarian and can be found at exitpursuedbyabear.net and lisa.rabey.net. 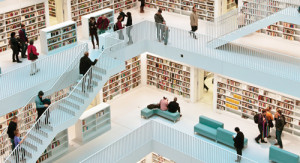 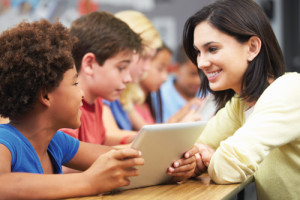