It’s been two years since the Ephrata (Pa.) Public Library began lending Roku devices—digital video players that people plug into their televisions so they can view on a larger screen digitized programming that is archived online, such as the content of PBS.org, and on other streaming platforms like Netflix. The lending program has proved wildly popular, Technical Services Manager Laura Brandt tells American Libraries, even as DVD circulation continues to mushroom. “It’s really been positive,” Brandt says, noting that on any given week, all four of the library’s Rokus are on loan. Patrons must have broadband internet access at home to receive the programming on their televisions.

The service came out of a brainstorming conversation between Brandt and Ephrata Director Penny Talbert. Brandt says, “We were talking about how we love our Rokus, and it just came up. ‘Why aren’t we circulating these?’” Roku partners with more than 1,000 providers, many of whom provide free, ad-supported programming on its app-based channels. Subscription platforms such as Amazon Prime also stream through Roku.

Since Ephrata led the way, at least five other libraries have followed suit, in Kent, New York; Bitterroot, Montana; Hingham, Massachusetts; Liverpool, New York; Darien, Illinois; and Sandusky, Ohio. Some, such as Bitterroot, Indian Prairie, and Sandusky, offer only free online channels, which limits the libraries’ costs per unit to about $75 (includes the purchase of the Roku TV box, the remote, a coaxial cable, an HDMI cable, and a carrying case). Ephrata opted to add a separate Netflix subscription to each device as well, keeping meticulous records of individual device accounts, emails, and passwords— a practice that Brandt strongly recommends in order to disable overdue Rokus. Brandt says the library is in compliance with Netflix’s terms of service since it is promoting Roku checkout. “It’s not like we’re advertising ‘Check out a Netflix subscription.’”

A grant from the local Randolph J. and Estelle M. Dom Foundation enabled Sandusky Library to buy 12 Rokus this year. They have proved so popular that the library plans to buy another 12. “The Roku is giving us an opportunity to not only expose our patrons to new and emerging technologies but also to help supplement our physical collection by giving them access and a discovery tool to content that they may not have found on their own,” says Samantha Chada, director of communications and technology at Sandusky.

Chada tells AL patrons will soon have unique content to enjoy: The Sandusky Library channel is under development. “Maybe we can team up with the local hospital,” Chada says, to tune the waiting-room TV to the library channel. The library is also weighing how to lend hotspots—essentially, internet access—to patrons who lack broadband at home.

Indian Prairie Public Library in Darien, Illinois, uses its six Rokus in an entirely different manner, restricting its offerings to select DVD titles that the library already owns. Ann Stovall, technology and technical services department head, says that she got the idea while cataloging DVDs and noticing that some movies had a cloud-based, or “ultraviolet” license code redeemable for a digitized copy. Double-checking the capacity of Roku’s channels, she found that subscription-based Vudu stored DVD owners’ ultraviolet movie files on its server at no charge.

The technical services department now keeps an eye out for redeemable ultraviolet codes to increase the library’s 78-title cloud-based collection for Roku borrowers.

However a library goes about offering content through Roku, the program seems destined to grow; Chada, for one, is awaiting the rollout of OverDrive’s and hoopla’s announced Roku channels for distribution of the streaming e-content they offer subscribing libraries. (Indieflix is already available to library clients, thanks to its partnership with Recorded Books.) “Some might say we’re putting the cart before the horse,” Chada says. “I’m saying we’re just being prepared for an easy transition because that’s the way things are going.” 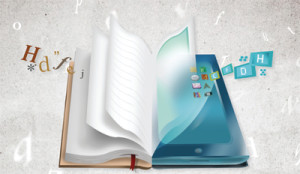 Ebooks: Getting There … But Not There Yet

An overview of ALA's path to progress