Ebooks: Getting There … But Not There Yet

An overview of ALA's path to progress

Flash back to just three years ago. Chances are, if you were working in a library at that time, the rapidly changing issues around access to digital content challenged you and your library. To be sure, information in digital form had been in libraries for decades. Libraries had become quite adept at not only acquiring but also applying finding aids to that information. What confronted us in 2011 was different.

People were increasingly looking for digital content for their e-readers and mobile devices. And they were turning to libraries, expecting that just as they had been able to borrow print books, they would also be able to borrow ebooks. Libraries were trying to keep ahead of this trend and began allocating more of their materials budget for not just databases but also ebooks. The problem was that many ebooks were not available to libraries for purchase. Libraries and publishers, as well as authors, found themselves in this new digital ecosystem, with all the players trying to sort out business models that would work for them.

This transformed environment had a major new obstacle: Some publishers, especially some of the biggest ones, were not making their ebooks available to libraries under any terms. In early autumn 2011, of the then–Big Six publishers, only Random House and Penguin were making all their ebooks available under the same terms (perpetual ownership and reasonable price) as their print publications.

Earlier in the year, HarperCollins had created a brouhaha in the library world by changing the acquisition terms of its ebooks for libraries from licensing to 26 circulations before an ebook would have to be purchased again. Then in late autumn 2011, Penguin suspended its sale of ebooks to libraries after the leading aggregator (OverDrive) signed an agreement with Amazon for the Kindle version of ebooks to be lent by libraries. (Penguin’s concern related to information that would be available to Amazon as a part of the agreement, which Penguin believed violated its contract terms with OverDrive.) Hachette Book Group was making only its backlist available; Macmillan and Simon & Schuster were not in the library ebook business at all.

What a nightmare for libraries and their users! As the world was turning more and more to ebooks, libraries were struggling to meet demand, even in the number of ebooks they had. Add to this situation that often most of the bestsellers—which are in highest demand in libraries—were simply not available under any terms to libraries. Library leaders were frustrated and angry as they tried to manage their way through this completely unacceptable situation.

Meanwhile, the American Library Association (ALA) had several committees and units trying to address digital issues. A special ALA task force had identified and reported on some of the critical issues during the first half of 2011. Library leaders and other ALA members were frustrated by their inability to change this ebook environment.

Two strategic decisions at ALA during the second half of 2011 focused on digital content issues, with access (or lack of) to ebooks commanding the spotlight. First, a sustainable, coordinated response demanded a presidential level working group, with representation from key stakeholders. Thus, Past President Maureen Sullivan and I appointed the Digital Content and Libraries Working Group (DCWG), which organized itself in autumn 2011. ALA’s Office for Information Technology Policy (OITP) has provided strong staff support for DCWG’s work. DCWG held its first face-to-face meeting at the 2012 ALA Midwinter Meeting. From the beginning, we knew we needed knowledgeable, multitalented, committed professionals who would tackle their charge with passion, vigor, and a sense of urgency. During the past 30 months, DCWG has more than met expectations, proposing a variety of solutions for some thorny issues.

Second, in late 2011 we also realized that these digital issues could be advanced more quickly if ALA’s top leadership played a major role. We needed to change the status quo by raising the visibility of libraries and the struggles they were having in acquiring ebooks. Early in 2012, ALA’s top leaders held a series of meetings with executives of several large publishers in New York. We were aided in our plan by the Association of American Publishers (AAP), which not only helped open doors but also arranged for ALA leaders to speak at gatherings of AAP members. Our goal was to open dialogue and push for greater access to ebooks for libraries. We knew that any success we might have would be through persistence in pressing our case. We also knew that we needed to coordinate our work with DCWG and other entities that were trying to advance the library digital agenda as well.

Those first efforts to reach publishers felt as if we were traveling through uncharted waters. We did not know what to expect. We wanted the conversations to be productive, so we felt it would be better not to push too hard.

At the same time, we knew we carried the frustrations of—and yes, in some cases, anger from—the library world, so we wanted to be forceful in making our case. We found that we had much to learn about the publishing world, and the publishing world had much to learn about libraries. Misconceptions characterized both sides. We also began to understand in a very concrete way what impact antitrust laws had on how publishers operated. As library leaders, we came from a world that generously shared successes with one another. In the publishing world, sharing was at worst illegal and at best not a wise business practice. We quickly understood how we could help publishers understand the library world better by sharing information about library use, policies, and practices.

Our presentation to the AAP’s annual meeting in March 2012 was a great opportunity. Speaking to leaders from publishing houses large and small, we spread the word to a wide audience about the value of their ebooks being in libraries. We had been told that there might not be many questions, that publishers often would not raise issues in that kind of forum. But there were so many questions and such clear engagement by many in the audience that we knew we had at least opened more opportunities for dialogue.

Justice Department against several publishers and Apple, I replied by asking if his company would start making their ebooks available for libraries to purchase. He smiled and replied, “Good point.”

We also were beginning to benefit from more competition for ebook aggregators. In early spring 2012 at the Public Library Association (PLA) Conference in Philadelphia, we held discussions with OverDrive, Baker & Taylor, 3M, and Ingram. We knew that competition would be beneficial for libraries, giving them alternatives for acquiring ebooks.

Other players were also involved in helping move our digital agenda forward.

The Pew Internet and American Life Project reported on studies documenting that library borrowers were also book buyers. Some libraries—such as Douglas County (Colo.) Libraries and the State Library of Kansas—were trying their own solutions. Each effort helped provide information and strengthen our arguments. In Kansas, moving from one platform to another was being tested, an issue that had not been tested before.

We began opening doors for discussions that would not have been previously possible or even fathomable. We also had the opportunity to engage with other parts of the book ecosystem besides publishers and aggregators, such as authors and author groups, agents, booksellers, and smaller publishers who were making ebooks available to libraries. Each conversation led to new understandings and often to steps forward.

Our approach changed as time moved on. As we became less patient, we expressed our frustration more publicly. After our first meetings with publishers, then–ALA President Maureen Sullivan described our September 2012 meetings as “frank, thought-provoking, cordial, and productive.” Throughout the next year, we pushed for progress on multiple fronts. DCWG produced tip sheets on digital rights management (July 2012); guidelines on developing business models for library ebooks (August 2012); and media outreach toolkits (November 2012). We stepped up efforts to keep members informed, and we gathered information about their ideas at such events as the Virtual Membership Meeting (June 2012) and the Virtual Town Hall on ebooks (October 2013). Regular programs and updates brought out large audiences at ALA, PLA, and state association conferences.

Those of us who attended those first meetings saw the power of understanding the perspective of others. I think we were all surprised by comments from some people in the publishing world about how they thought libraries worked. And I suppose we were also surprised by some of the very basic issues that we grew to understand about the publishing world.

Thinking back to our first meetings, I remember feeling good that we had scheduled a meeting with Random House, which was selling all its ebooks to libraries. At that meeting, we were given a heads-up that Random House would be raising its prices but maintaining the terms of perpetual ownership for ebooks. So when it did raise prices shortly afterward, we should not have been surprised. We learned, however, that our assumptions about what amount the increase would be were far from where they actually landed. Lesson learned: Be careful about the assumptions we make, even when we are somewhat prepared. Each change in the publishing ecosystem has helped us gain a better understanding of what might be coming.

No one who has been involved in these efforts thinks we have made progress fast enough. In fact, we have continually shared our results, as well as frustrations, in regular reports. One of the most welcomed comments we have received many times over the past 30 months is praise from the library community for the way that ALA leadership has continued its focus on access to digital content and ebooks. From the beginning, we involved incoming leadership as well as current leaders. Thus, not only did Executive Director Keith Michael Fiels and I participate in the first meetings but so too did then-President-Elect Maureen Sullivan, as well as DCWG Cochair Robert Wolven and OITP’s Alan Inouye. When leadership changed after the 2012 ALA Annual Conference, the new president was prepared to take the lead and brought in new President-Elect Barbara Stripling, who has continued the focus during her presidency.

ALA presidents have noted that events often determine the focus of ALA leadership rather than a focus selected by the current president.

One lesson that emerged very early in our work: The model we had of ALA leadership raising the visibility and engaging in high-level talks—coupled with a strong, cross-interest working group focused on issues that were clearly on the minds of the library community and ALA members—has served us well. ALA can be most effective when it engages in priorities that run across the library world and finds real solutions to existing problems through engaging members in addressing those issues. Much work remains to be done, but we can say that ALA has made a difference in helping libraries and librarians find solutions for working in the digital-world ecosystem. Onward!

MOLLY RAPHAEL was president of the American Library Association in 2011–2012. 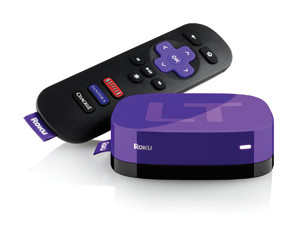 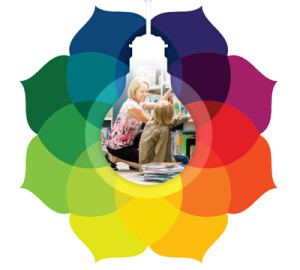