Building a Pipeline to Education in Azerbaijan

How library service is burgeoning in the oil-rich nation

There is money in Azerbaijan and plenty of it. Petroleum wealth mostly. Two-thirds of the country is rich in oil and natural gas, and Western companies are tapping oil fields in the Caspian Sea that the communist regime left untouched during the 70 years Azerbaijan spent as a part of the Soviet Union. Change is accelerating since independence in 1991. By 2008, Azerbaijan had become a world leader in financial reform, halving the red tape required to start a business. The skyline of the capital city, Baku, reveals a jaw-dropping building boom, with apartment complexes and condominiums rising more quickly than they can be occupied. The city is building hotels, museums, and parks, and a formidable new convention center opened in 2012. A bid for the 2024 Summer Olympics is in motion. Foreign investors are jumping in. 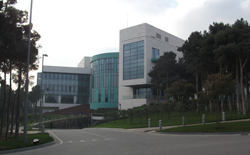 How has all this oil wealth affected the nation’s libraries? Opened in 2013, the state-of-the-art library on the campus of the Azerbaijan Diplomatic Academy University (ADAU), is a prime example of the country’s emerging emphasis on investment in education for international business. The stunning facility is at the center of a growing university campus that went from approximately 70 students in 2011 to 700 in 2013. Provost Patrick Quinn says the soaring growth knows no bounds, and 95% of the students are Azeri. The library’s book holdings have already shot up to 40,000, and plenty of shelf space is available for more material to support what ADAU Rector Hafiz Pashayev calls “a world-class institution dedicated to preparing innovative global leaders in diplomacy, public and international affairs, business, humanities, and computer sciences.” The campus will be two or three times its size in a few years, says Quinn. 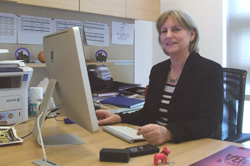 “We’re moving along very quickly with everything,” says Library and Information Services Dean Martha Speirs. She came to the ADAU in 2011 specifically to develop the library, implement systems, hire staff, and stock the shelves with help from Blackwell Library Services. Despite the constant adjustments and rapid growth, or perhaps because of it, Speirs says, “it is exciting to be a part of something this vital.” Originally from Massachusetts, she has enjoyed an 18-year career in international librarianship that began with a stint at the American University in Cairo in 1996.

The library has attracted a talented and enthusiastic professional staff of eight, six of whom earned MLS degrees from Baku State University, Azerbaijan’s only library school. In addition, during its 65 service hours each week, the library employs six part-time student assistants, all of whom are eager to speak English and to transition to Western-style library operations. “Every library serves a community,” says Speirs, “patrons, clients, or customers. It has to be about service.” Since ADAU’s mission is to prepare students for global interaction, much of the collection is in English.

Designed by the US firm of EYP, which was the architectural firm for the entire campus, the library is a modern, multimedia student learning center with inviting study areas, a comfortable café, and regular programs and exhibits. It’s like walking into a first-rate medium-sized public library in the US, except that the collection is focused on ADAU’s six undergraduate degree programs:  information technologies and systems engineering; computer science; international affairs; public affairs; business administration; and science in economics. Visitors to the library are greeted by a statue of Azerbaijan President Heydar Aliyev, considered the father of the country. His son, Ilham Aliyev, was elected to succeed him in 2003 and continues as president, his popularity bolstered by profitable oil deals with companies like British Petroleum.

Other libraries in Baku (a city in which 25% of Azerbaijan’s 9.1 million people live) are also moving, slowly and unsurely, into new models of library service.

The library at the American Center in Baku is now called the Information Resource Complex (IRC) and is open to the public. Since 2003, the five additional American Centers in Azerbaijan have emphasized occupational programming, to the point where they have become de facto schools. The IRC is, in fact, a part of Azerbaijan University of Languages, with its 700 teachers and approximately 4,000 undergraduate and 900 graduate students.

IRC Director Shahla Khudiyeva says, “Libraries have changed their mission; during the last 10 years, this program has helped change the consciousness of people—that they have free access to information, to the internet,” she says. “During the Soviet period [libraries] were moribund.”

Founded in 1922, the National Library of Azerbaijan now has some 360 employees and some 5 million items, about 40% of them in Russian. Totally renovated since the communist era, the library’s grand reading rooms and popular book collection are open to all. Digitization projects are flourishing but in stuffy little rooms staffed entirely by women who make about 120 manats (about $152 US) a month for their repetitive work turning books into digital files, page by page. 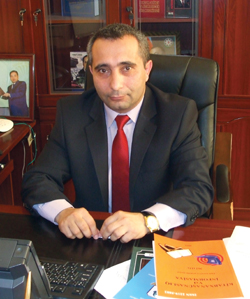 National Library Director Karim Tahirov, who also teaches at the library school at Baku State, says the library’s biggest problem is space, but he also acknowledges that the implementation of information technology has been difficult. Tahirov boasts that the library’s budget has increased every year since 2005.

The Presidential Library, a reference library established in 2003 by merging two of the oldest city libraries in Baku and serving the executive branch of government, is also open to the general public. Deputy Director Jamila Talibova says the library gets an average of five visits a day—university students, writers, researchers—but has created a dynamic website that is getting more traffic than the facility. With 60 staff members, the library maintains a unique and elegant presence. Asked about salaries, Talibova explains, “Librarians are valuable people who work for minimum salaries because libraries are free.”

Elsewhere in Azerbaijan, many libraries are plugging along in a slightly modified version of the Soviet system, and library workers are still disgruntled about their low salaries and lack of professional recognition. Notwithstanding the Soviet system of libraries as agencies for government propaganda, Azerbaijan’s adult literacy rate in 2007 was measured at 99.4%. (Compare that with the US, where 14% of the population can’t read English and 21% of adults read English below the 5th-grade level, according to a 2003 study by the National Center for Education Statistics.) Ironically, in Azerbaijan, as in other former Soviet countries, the communist education system created a population that was literate and intelligent enough to overthrow the system itself.

The general perception is that only poor people use Azerbaijan’s 4,000 public libraries, says Mushvig Imamverdiyev, ADAU reference and information literacy librarian. But used they are. The Maksim Gorki Bilioteka near Akhundov Park is booming on a typical weekday afternoon despite its rather dreary communist style. The librarians there are eager to invite patrons into the reference room, which they say is always filled with studious readers of all ages. School libraries, for the most part, remain rooms with books and an untrained employee or volunteer sitting at a desk watching over the collection.

Elchin Mammadov, head of technical services at the ADAU Library, is working on a PhD at Baku State University while teaching library science courses there. Many teachers, he says, supplement their low salaries by working as private tutors. “There is a market for their skills, since they can help students get through the competitive process of entering college,” he says.

The program at Baku State has graduated 40–60 people each year since 1968, but Mammadov reports that only about 20% of those graduates have gone on to work in libraries. “Salaries are bad,” he says. “With the National and Presidential libraries being exceptions, the average salary is about $250 a month.” Food prices, rents, and other costs of living are roughly the same as in the US. 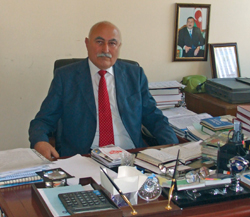 In 2001, the American Library Association organized a regional workshop, “Strengthening Library Associations in the South Caucasus,” in Tbilisi, the capital of neighboring Georgia. Halil Izmaylov, then and now president of the Azerbaijan Library Association, recalls those heady times of more than a decade ago, when Azeri librarians were on the move backed by key library national library leaders. Now, he admits, his national library association is rudderless, with 370 members and no dues or benefits to speak of. Young professionals find the association irrelevant in the face of private-sector jobs in information technology, computer science, and publishing.

Azad Kurbanov, dean of the library school at Baku State, says the program is attempting to align the curriculum with actual practice, but it is doing so at a snail’s pace. The school may be moving toward a progressive Western model, but so far that has not led to prestige or better salaries for the library profession. Of 100 graduates from the program last year, “only 25–30 actually went to work in libraries; others found more lucrative opportunities in business,” Kurbanov notes.

Azerbaijan is arguably the least conservative of any predominantly Muslim country. Evidence of its resistance to religious fundamentalism seems most clear in the role of women in Azeri society. Modern dress is the norm, and women are employed and visible in every area of the workforce, especially libraries. President Aliyev, as his father before him, maintains power and popularity by making Azerbaijan as hospitable as possible to foreign money—from boulevards lined with expensive boutiques (often devoid of customers) to handsome brick walls that border the most traveled avenues and block out the blight behind them.

Everywhere in Baku, public librarians are service-minded and as friendly as the shopkeepers in the city’s pedestrian-friendly downtown; they are eager to talk about their collections and their dedication to anyone who will listen. The men who tend the mosques pass out sweetened lavash bread wraps to departing visitors. Everyone seems to recognize and welcome Azerbaijan’s connection to the West and the prosperity that it seems to be bringing.

Library oversight is shared among several government agencies. Public libraries fall under the Ministry of Culture and Tourism, and academic libraries report to the Ministry of Education—although ADAU is overseen by the Ministry of Foreign Affairs and the innovative leadership of its minister, Elmar Mammadyarov. Perhaps the ADAU Library will serve as an example to the government that investing in libraries and education is the only way to elevate the nation’s poor and make unnecessary those new walls blocking them from the sight of foreign visitors.

LEONARD KNIFFEL is a Chicago writer and former editor/publisher of American Libraries. He blogs at PolishSon.com. This article is based on interviews and library visits he conducted in Azerbaijan in November 2013. 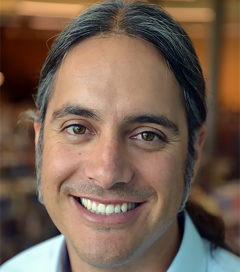 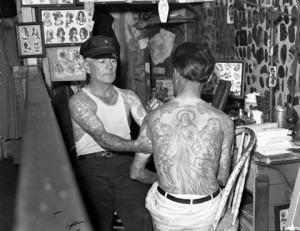