Science fiction and fantasy author Ursula K. Le Guin—who turned 85 on October 21—received an honorary National Book Award in September, joining the company of writers like Toni Morrison and Norman Mailer. Le Guin, author of The Left Hand of Darkness and the Earthsea series, has supported ALA’s “Authors for Library Ebooks” campaign since it launched in June 2013. She sits on a digital publishing advisory committee for the Multnomah County (Oreg.) Library and is a founding member of Book View Café, a cooperative publisher with a policy of discounting ebook sales to libraries. She spoke with American Libraries about why you sometimes have to stick your neck out for an important cause.

In interviews, you’ve talked about your dismay with the direction of corporate publishing. Is that what led to your involvement with ALA’s “Authors for Library Ebooks” campaign?

I think it was because I had blogged about the position of libraries in the new publishing world and worked with our library here in Portland. The whole ebook problem is with the publishers withholding ebooks from libraries—and of course readers want them and of course libraries want to give them, just the way they give other books, so what’s the big difference? Why are publishers being so extraordinarily mean?

It does boggle the mind.

It’s as if they’re acting in a sort of blind panic, which never leads to good things, does it?

Do you think there’s a misperception that libraries are actually to blame for the situation?

Always. Your average library patron is so used to the extraordinary generosity of a library; we all take it for granted. They give us books for nothing! And so when they can’t, people tend to interpret it as they won’t. That’s perfectly natural, but it’s kind of hard on the libraries.

Do you have a personal preference between ebooks and physical books?

I’m in my mid-80s, so ebooks are a very new invention for me, and I read much better on paper. I think that perhaps we read differently on the screen and on paper. It’s not a matter of better; it’s different. I prefer to read on paper. I don’t have an e-reader, but I wish I did. I just haven’t gotten around to getting one. It must be wonderful traveling; you can take 20 books with you instead of two.

Why do you think it matters what price publishers choose to sell ebooks to libraries?

It’s a matter of justice, of fairness. It is simply unfair to punish libraries by charging them 300% more than you charge a book dealer. There is the matter of the community of readers and publishers and libraries. There’s the matter of honoring that. It’s an old community, and it is very important, and such policies dishonor it. Right there, that’s a pretty big reason.

Three years ago you were one of the authors to sign a petition in support of the Occupy movement. It seems fair to say that you believe in taking a stand. Has that always been part of your personality?

I’m a very private person, but since the 1960s, when I got involved in protests against testing atomic bombs, I have taken part in certain protest movements. The most active part I ever took had to do with the Google digitization business. I actually led a group of writers to protest that settlement. I live off my copyrights, so I wanted to help defend them against what was, well, is an ongoing and rather vicious attempt to make copyright meaningless.

Many people may not like the direction events are going, but not everyone says so publicly.

Of course, not everybody’s a writer! To be a writer and to have stuck your neck out fiction-wise…. You know that some people will read you if you’re a published writer with some reputation, that you have a little clout—I haven’t got much, but I’ve got a little—it seems wicked not to use it. I shouldn’t say wicked, but lazy.

Lots of lazy people out there, though.

I have to admit, maybe I kind of enjoy a bit of a small fight. 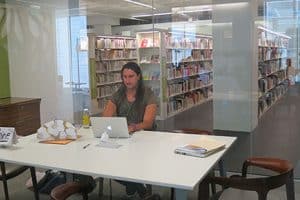 A Home to the Homeless 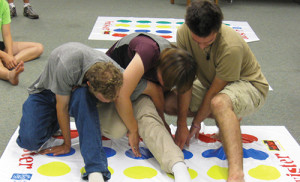