At the American Library Association’s (ALA) 2014 Annual Conference and Exhibition, the Digital Content Working Group (DCWG) announced that all the largest publishers now offer their full ebook catalogs to libraries. This was a great accomplishment to note, reflecting the strong leadership of DCWG cochairs Sari Feldman and Robert Wolven over a three-year period. Indeed, Sari and Bob were recognized by Publishers Weekly in “Notable Publishing People of 2014,” November 28, 2014. Erika Linke and I stepped up to assume cochair responsibilities, becoming familiar with the DCWG and issues yet to be resolved.

Two issues came to the fore in the fall. Adobe Digital Editions experienced a privacy breach that led to unencrypted personal information being transmitted online. DCWG responded, and the Library and Information Technology Association (LITA) and ALA’s Office for Intellectual Freedom (OIF) assisted with technical and policy advice. Adobe took quick action to address the problem. ALA was able to make some connections with personnel at Adobe as a consequence of the interactions.

Once brought so clearly to light, the privacy issue regarding ebook use continues to be a topic of concern. Questions about privacy policies and protection have been raised. There is a need for increased transparency by vendors in the collection and use of data regarding reader behavior and a need for privacy protections for readers. LITA expressed interest in pursuing privacy issues and looking at the current status of National Information Standards Organization (NISO) standards.

The privacy issue regarding ebook use continues to be a topic of concern.

The other matter concerned the “buy it now” (BIN) button that transferred from Simon & Schuster’s pilot test of selling ebooks to libraries to become general practice in their extension of sales to all libraries. Some libraries objected to the requirement to offer a sales option as their policies did not allow for such sales, even if a percentage of sales were to come back to the library. Simon & Schuster agreed to make the BIN button optional and announced the news in a press release coordinated with ALA.

Overall, the meetings were positive experiences. The publishers and other groups expressed explicit interest in collaborating with ALA and libraries. In all instances, these groups emphasized the value of libraries and librarians in the discovery and marketing of titles and authors, urging library staff to become more engaged in the publishing ecosphere. The meetings served to maintain relationships between ALA and the publishers, while giving DCWG some direction regarding work to be done. The ALA delegation also met with the Library Simplified team at NYPL and hopes to have a continuing relationship with this project as it completes beta testing and launches in 10 library systems. 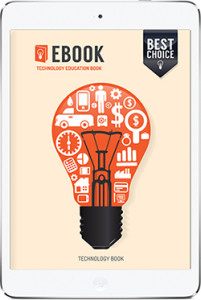 The subgroups of the DCWG are Business Models, Preservation, and Nonbook Media. The Business Models subgroup has been active in identifying issues, with several figuring prominently. There is concern for the user experience. While individual aggregators have made improvements to user experience, a certain amount of friction is deemed desirable by publishers. Improvements to discovery and an integrated search of content from multiple sources are two aspects of the user experience most often cited for improvement.

Another concern is for perpetual access to all titles. Librarians have expressed the desire to be able to move content from one aggregator to another if a change of vendors is made. Others find the variations in publishers’ policies onerous, including the need to track some titles for replacement after a given number of circulations. Pricing of ebooks continues to be a concern, as many are offered to libraries at rates multiple times that of the price for consumers. It is clear that no single pricing model will meet all libraries’ needs, and a call for options has been heard. The options might include such terms as a perpetual access copy of a title at one price, with additional copies at a reduced price for meeting temporary need—for a given publisher. Some prefer “pay as you go” pricing as offering more control to libraries than upfront charges for a given number of circulations that may not be fully utilized, leaving taxpayer money on the table. Other options—such as discounts for a quantity of copies of a given title, negotiated price for a “one book/one community” title, and special pricing for short-term needs, such as for a summer reading program—have been raised. Also, although there has been improvement in the terms of access for consortia, there are still concerns about inconsistencies in policy and practice among the publishers.

To expand the offerings of digital content to the public, some libraries have turned to mounting servers to host titles from midsized, small, and independent publishers as well as self-published works by local authors. There are considerable costs for developing a custom digital content hosting and access system, particularly when it needs to function across multiple different integrated library systems. Several state consortia are being closely watched for their experience. The State Library of Kansas started contacting publishers directly in 2010 when it wanted to move titles from one aggregator to another. It succeeded in transferring 69% of the titles and went on to adopt the use of the enki platform for midlist titles from about 200 publishers and several thousand self-published titles from Smashwords. Califa is a consortium of about 220 public libraries in California that also uses the enki system. It has negotiated directly with publishers, holding firm to a policy of not paying above retail, and has even been able to get discounts up to 40% in some instances. The enki platform uses a modified version of open source software (VuFind+) as its discovery layer and Adobe Content Server software to store metadata and handle digital rights management (DRM) functions. Titles are available in EPUB and PDF format.

The MA eBook Project was launched in November 2013 by the Massachusetts Library System, with the Massachusetts Board of Library Commissioners. The project offers recent popular titles from a commercial aggregator, a collection of older and local titles via Biblioboard, and about 125,000 academic and professional titles from EBL through a common interface. Not all titles are viewable on mobile e-reading apps. The start-up costs were more than $300,000, with the Institute of Museum and Library Services (IMLS) footing $150,000 of those costs. The plan is to offer the service to all public library outlets in Massachusetts, with the libraries contributing an amount based on population served, with an equalization factor for relative affluence. The Massachusetts model offers concurrent access to some titles while limiting the number of lending days per title per year.

Civic Agenda EU published A Review of Public Library E-Lending Models in December 2014. The publication is based on a survey of current e-lending practice in countries throughout the European Union, Canada, and the US. Of 18 e-lending models, 40% operate solely on single-user licenses while 27% operate hybrid e-lending models. Typically, a single-user license is applied to frontlist titles while multiuser licenses are used for older titles, titles in the public domain, and self-published content. Another 22% of the programs studied operate pay-per-loan models, which allow for simultaneous use. The challenge of such a model is anticipating demand and budgeting accordingly. Programs using such a model have built-in safeguards of limits on the number of simultaneous loans, or temporary suspension of access. An analysis by University of Amsterdam Library Science Professor Frank Huysmans speaks of “rising user expectations of on-demand access to digital content.” There are more national e-lending programs in Europe, most of which receive some national financing. One of the most successful programs is in Sweden, where libraries account for 85% of the sales of ebooks (see Civic Agenda EU’s Review, p. 59). That system uses a pay-per-loan model with variable prices depending on the age of the title and the highest price paid for a title in the first four months.

Theoretically, there could be benefits to publishers if libraries paid a fee to carry backlist titles that have exhausted their print sale run. The Civic Agenda EU’s Review cites figures from the Global Ebook Report 2014 and OCLC’s The Big Shift (2013) indicating that in the US, public library expenditures account for about 5% of the domestic publishing trade and a bit more than 1% of the commercial ebook market (see Civic Agenda EU’s Review, p. 70). With such a small portion of the market, a continuing challenge for US libraries is to build on libraries’ demonstrated value in discovery for newer authors and midlist titles as well as promoting a culture of reading that promotes the reading of books and other longforms.

As new cochairs, Erika and I focused first on continuing ALA’s ebook work with the largest publishers. As noted above, we have seen further progress, though clearly the library ebook market is still far from mature. Continued attention, collaboration with publishers, and pressure from the library community will be needed for some time. However, as the 2014–2015 year progressed, we were able to provide increasing attention to some other important issues, namely digital preservation and nonbook media. Though the challenges remain formidable, so too are the opportunities. We look forward to the coming months and greatly appreciate the strong support and interest from ALA leadership and members and from the library community at large.

CAROLYN ANTHONY is cochair of ALA’s Digital Content Working Group, director of the Skokie (Ill.) Public Library, and immediate past president of the Public Library Association. 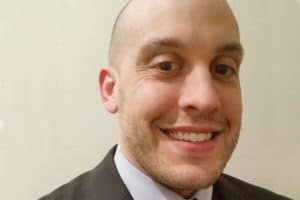 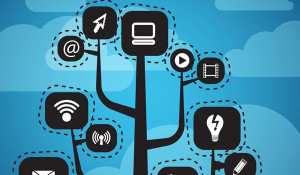 Many more questions than answers