This Pride Month, I reflect back on my 20 years as a library professional. When I started my first position in 1995, the gender on my driver’s license read MALE, and my appearance was definitely that of an average guy. I even appear on a version of a library card wearing a tie.

In late 2006, after many stops and starts, I finally got up the nerve to change my gender to female and began living my life as a woman. As libraries have changed and evolved, I’ve been changing and evolving right along with them.

I have been very fortunate throughout my transition from male to female; I had the full support of my current director from the moment I told her. (Imagine sitting in during an employee’s six-month review and having the employee blurt out that he or she is transgender and may someday need to transition.) My director took the news in stride.

Several years later, once I decided I was ready to transition, the director and human resources manager worked out a plan with me to slowly and carefully widen the circle of people who knew. When it was time for me to tell my story to board members, they responded with support and encouragement. And when the day came to tell the remaining colleagues that I was changing my gender, I stood in front of a room of about 80 people with my prepared speech—and unexpectedly began crying. The emotion didn’t stop until I was done. It had been such a relief to finally not have to hide who I was, and the support I received after the meeting was overwhelming.

I was even more apprehensive about transitioning in front of the public, at a busy public service desk in a fairly conservative suburban community. The first day I showed up at the reference desk after my transition—wearing light makeup, a cardigan, and a long black skirt—I expected patrons to run screaming at the sight of me … or at the very least express their displeasure to administration.

But there was no reaction.

My regular patrons barely even blinked. Others even expressed support.

My colleagues and I had prepared a list of books and other materials on transgender issues and had briefed staff members on how to talk to and educate the public if people had questions or complaints. But as far as I know, no one complained or demanded an explanation. I had underestimated my community.

Before I launched my professional career, I spent hours upon hours in public and academic libraries trying to figure out why I was the way I was. I was grateful for the materials I was able to locate and grateful for the library staffers who were always professional and courteous, especially when I was trembling at the service desk after spending an hour to work up the courage to ask for help in locating a particular item. I think transgender patrons just want what everyone else wants: to be treated with courtesy and respect and to have their questions taken seriously and without judgment. My staff and I strive to do this with every patron we assist.

From time to time patrons recognize me as being transgender. On the phone, I am regularly referred to as “sir” (my voice is what it is), and I still occasionally get an odd look from a passing patron. But for the most part, my transition has not affected my work as a librarian.

Libraries are a place where everyone in the community is welcome and, as a result, they are a microcosm of the community. I am fortunate to work with a number of gay, lesbian, and bisexual colleagues, and all of us have had a positive impact on our community. Libraries are a place where prejudices and stereotypes can be challenged and hopefully defeated. Go to a library, look around, and celebrate the differences you see.

I’m definitely grateful to be a part of it, proud to identify as transgender, and proud to be a librarian. 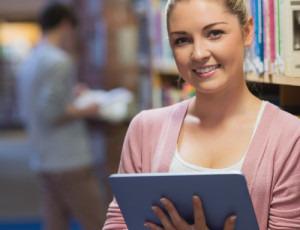 Building Out the Book Niches

How small publishers and libraries can connect 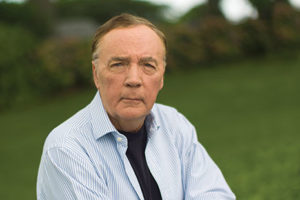 The bestselling author discusses the critical role of school libraries