Tragic mass shootings have marred public spaces across America for more than 15 years, from the 1999 attack at Columbine High School to the 2014 Florida State University Strozier Library shooting. Many institutions now take precautions to minimize the opportunity for such senseless acts of violence. Schools are locked, requiring visitors to be buzzed in; churches and synagogues are open only during services and may employ security guards to screen worshipers; airports, sports venues, and concert halls require patrons to go through metal detectors and handbag inspection. Notably, libraries are one of the few public places anyone can walk in, unimpeded.

If guards are on duty at a library, they are typically not armed. In small communities, only one staff member may be working in the space. This is why, in addition to fire drills and emergency planning, libraries are beginning to offer training to react to an active shooter. As defined by the Department of Homeland Security, an active shooter is “an individual actively engaged in killing or attempting to kill people in a confined and populated area; in most cases, active shooters use firearm(s) and there is no pattern or method to their selection of victims.”

This year, the New Jersey State Library hired Camelot Security Associates, made up of former New Jersey state troopers, to conduct “Run. Hide. Fight.” training at four public libraries. Every class was filled because of the strong response, and two additional classes were added.

“An active shooter situation is a very different type of emergency than your everyday type of incident, such as tornadoes, floods, hurricanes, fires, etc.,” says Edward M. O’Neil III, owner of Camelot Security Associates. “An active shooter is typically a deranged individual looking for a soft target (limited security or no security) and making a statement by hurting or killing as many people as possible.”

“These situations are very fast moving, lasting only 10–15 minutes,” he adds, “and occur typically during times when the most people are using the facility. It is important that staff members know what options they have to protect themselves and the general public.”

“Run. Hide. Fight.” teaches a three-step approach. If it is safe to do so, the first reaction should be to run to a place of safety in order to notify the authorities. Though this “run” step goes against most librarians’ tendency to assist others in need, the trainers suggest not stopping to aid other staff members who may be injured or are unsure of what to do. They say the best way to aid others is to get police and emergency medical technicians to the location as soon as possible.

It is important that staff members know what options they have to protect themselves and the general public.—Edward M. O’Neil III, security specialist

When it is not safe to run, hiding is the next best option. It’s important to be as inconspicuous as possible, silencing cell phones, turning off lights, and barricading doors. Bookshelves, loaded bookcarts, and heavy furniture can be used for barricading. The idea behind this theory is that most shooters want easy, fast targets and will not stop moving to attempt accessing a locked or blocked area.

The last option is to fight with available “weapons.” Trainers suggested heaving a fire extinguisher—or any other heavy object—at the shooter, as that might cause him to stop or pause while you run away.

New Jersey is not the only state that has recognized the vulnerability of public libraries. The Jacksonville (Fla.) Public Library held an active shooter exercise in 2011, presented by the Jacksonville sheriff’s office SWAT team. This training exercise included fully geared officers who practiced hostage negotiation scenarios, armed subject searches on all floors, and two-way communications testing throughout the facility. After the event, Jacksonville Public ­Library updated security guard procedures, ­improved two-way communications throughout the building, added CCTV cameras in assembly spaces, and created emergency binders for the ­facility.

The Midwest Collaborative for Library Services (MCLS) offered active shooter training in 2014, and Michigan State Police led the session instruction. The method discussed was Alert-Lockdown-Inform-Counter-Evacuate, also known as ALICE. Trooper Andrew Knapp noted that this method is not a linear or progressive system of action. Rather, staff members should choose an action based on what works best in an individual situation. He stressed that citizen preparation is necessary because it takes on average 5–6 minutes for law enforcement to arrive after a call is made.

“The Michigan State Police tend to cover very rural areas throughout the state, so there are [instances when] those response times could be 15, 20, 30 minutes,” Knapp said. “So how do you survive in the time it takes law enforcement to get there?”

Drills included ways to barricade doors and find escape routes. At one point in the training, Knapp asked one staff member to wield a toy gun while others in the group tried to subdue her, helping the audience experience how hectic an active shooter situation can become.

“You attempt to control chaos. That’s what’s going to save lives,” he said.

The primary focus of the program was to get people out of a dangerous situation safely. David Votta, the community engagement librarian for MCLS, arranged the program. The event is archived here.

Scott County (Ky.) Public Library also conducted active shooter staff training. It produced a video of a simulated attack and response. Melissa Gibson, adult services manager at the library, says, “We are planning to have these officers return for training when our renovation is complete as we will have entirely new geography for them.”

As O’Neil says, every library is unique and should have an emergency plan designed specifically for that facility. He also stresses the importance of each staff member familiarizing himself or herself with the emergency plan and the layout of the facility, and recommends exercising the plan at least annually.

Librarians who are interested in learning more about how to arrange active shooter training for their library should start by contacting their local police department or Office of Emergency Management.

Kathleen Moeller-Peiffer is president of the Association of Specialized and Cooperative Library Agencies and is deputy state librarian for New Jersey. 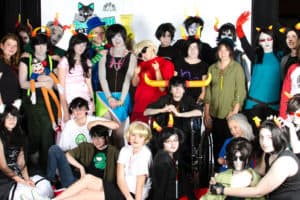 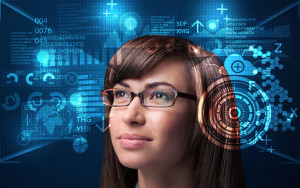