For the past several years, the American Library Association (ALA) has been engaged in outreach to the publishing community to advocate for improved library access to ebooks. Leading the charge for ALA is its Digital Content Working Group (DCWG), with the strong and direct involvement of the ALA Executive Board. This work is especially significant because of its proactive nature: not waiting for publishers and others to act but initiating our own action on behalf of the library community.

The poor and deteriorating state of library ebook lending in 2011 catalyzed this initiative. Waiting for publishers to take different actions would have likely worsened the conditions for libraries. A proactive policy stance must become the library community’s mainstream way of thinking and operating. This is true for ebooks and large publishers, but also more generally.

The need for a revolution

Contemporary libraries serve communities in multiple domains—from education and employment to entrepreneurship, community engagement, and individual empowerment—The E’s of Libraries. Librarians are well aware of the broad and ever-expanding domain of libraries—from Big Data and 3D printing to ebook publishing and digitizing local collections and much more.

But national decision makers and influencers are often unaware of the full range of what libraries do today, much less the great possibilities for the future of libraries. This disconnect is a strategic problem for libraries and the people we serve. National decision makers who do not fully understand the value and potential of libraries will be less inclined to support funding increases, new collaborations, or desired changes in governmental or institutional policies and practices.

At Multnomah County (Oreg.) Library, we have benefitted from establishing ongoing relationships with our congressional delegation, and this is the case for some other libraries as well. Offering members of Congress a relevant perspective and specific language that they can share with their colleagues helps create a more cohesive understanding of the issues and challenges facing libraries today. But this kind of outreach needs to become commonplace for libraries.

Just as we’ve had a revolution in our libraries, we need a revolution in public policy. Thus, the Policy Revolution! Initiative was born at ALA’s Washington office, with sponsorship from the Bill & Melinda Gates Foundation and partnership with the Chief Officers of State Library Agencies (COSLA). The core of the initiative focuses on getting national decision makers and influencers to understand how contemporary libraries can (and do) contribute to national priorities and goals and then to increase their engagement with libraries for the benefit of all.

The initiative has three prongs. The first prong entails developing a national public policy agenda to provide guidance to the library community on its proactive policy directions. The community needs to come together on a unified policy message. If our varying libraries, library organizations, and national library leaders convey conflicting messages to Washington, D.C., New York City, or Silicon Valley, national decision makers and influencers will have difficulty understanding how libraries best contribute to important national goals or what libraries need.

The initial draft of this policy agenda was developed in fall 2014, coordinated through the initiative’s Library Advisory Committee, which has broad representation from the library community. On the eve of the 2015 ALA Midwinter Meeting & Exhibits, a draft was released for public comment. At Midwinter, representatives of the Policy Revolution! Initiative sought input from multiple units of ALA. With this feedback, a final version of the national public policy agenda will be released by summer 2015.

This policy agenda is intended to represent the field, so entities in the library community would typically focus on different components of it—for example, the various ALA divisions and the Urban Libraries Council would each likely emphasize different elements than COSLA and the Association of Research Libraries. The goal is that each library organization develops its own policy priorities under the rubric of this national public policy agenda so national policy advocacy for libraries can be better interconnected and amplified.

The second prong is to engage decision makers and influencers more proactively, robustly, and broadly once the national public policy agenda is complete. The third prong, pursued in concert with the second one, is to develop ALA’s capacity for policy advocacy. An early activity that supports both of these prongs is the establishment of a Public Policy Advisory Council to provide advice and avenues for new collaborations with promising entities beyond the library world.

The Policy Revolution! Initiative and the policy agenda are focused at the national level. However, the agenda may well serve as a template for state and local policy thinking and planning. Once we get beyond the agenda and into engagement and advocacy, the levels become much less distinct. As the adage goes, “All politics is local.”

It is imperative for libraries to embrace this collective action as a new mode of thinking and operating. As the world around us and the needs of those we serve change at breakneck speed, we must continue our proactive efforts in unison. Working together to engage decision makers and influencers at all levels will help keep libraries at the center of conversations about the health and vitality of the communities and institutions we serve.

For millennia, libraries have been trusted centers of knowledge and tools for human progress. It’s up to us to inform and help shape policy decisions that will continue our proud legacy of service—now and for untold generations to come.

To learn more, visit ala.org/offices/PR-documents or send an email to oitp@alawash.org. 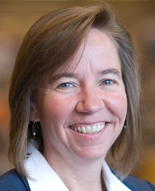 VAILEY OEHLKE is director of Multnomah County (Oreg.) Library, president-elect of the Public Library Association, and a member of the Policy Revolution! Library Advisory Committee. 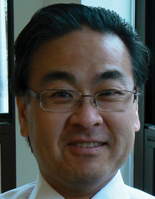 ALAN S. INOUYE is director of ALA’s Office for Information Technology Policy, based in Washington, D.C. He is co-principal investigator of the Policy Revolution! Initiative and program manager of ALA’s Digital Content Initiative. 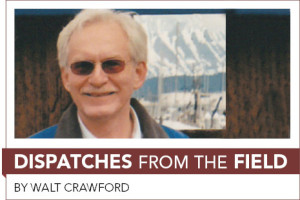 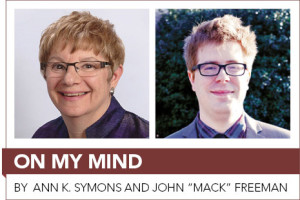