As libraries nationwide rapidly incorporate new technology into their collections, a seemingly smaller tech upgrade in a few library systems is going a long way toward bringing in new student patrons.

Kansas City (Mo.) Public Library (KCPL) is among the latest to link public school students’ identification numbers to the public library system, allowing students to use their school IDs in place of library cards to check out books and access online databases of downloadable content.

Courtney Lewis, a KCPL spokesperson, says the program, launched in 2012, initially issued library cards to every student in the district. But in early 2015, instead of signing students up and issuing physical cards, the library system began linking the two IDs. She says the switch automatically enrolled about 10,000 of Kansas City Public Schools’ 14,000 K–12 students into the library system.

“The entire goal was to get every student in Kansas City Public Schools a library card,” Lewis says.

Removing the physical barrier of coming to the library to get a card has streamlined the process and expanded resources to students in their homes, classrooms, and elsewhere. It also gives access to school librarians and teachers, she says.

“We’re still providing the same brick-and-mortar resources,” Lewis says. “But we need to meet people where they are, and with this we’re doing that.”

Students can type their ID numbers into checkout machines at the system’s 10 branches or use them to place holds on books from the classroom. And since many students are accessing materials online, the increase has not necessitated expanding facility hours or services to accommodate the new patrons, Lewis says.

Nashville (Tenn.) Public Library (NPL), which started a similar program in 2009 dubbed Limitless Library, served as a model for the Kansas City program, she says. While student IDs also function as library cards in Nashville, the library system has taken it a step further, physically delivering materials to 60,000 students in the Metro Nashville Public School system.

The KCPL concept has been in the works for about nine years and was originally envisioned by KCPL Director R. Crosby Kemper III. Crystal Faris, KCPL’s director of youth and family engagement, worked with the school system for about six years to establish the technology necessary to link the two cards, Lewis says.

“When KCPL first started the plan to get every student in the Kansas City Public Schools a library card, Crystal had hoped to use the student ID from the very beginning, but that wasn’t doable yet, so we started signing up students for physical library cards at every opportunity,” Lewis says.

It took time working with vendors that issue the two sets of identification cards to coordinate their numbering systems to make sure every number is valid and no duplicates are created, according to Lewis.

She says the automatic enrollment is still new, and it’s too soon to tell what kind of new traffic it’s driving to the website and physical branches. But the library is getting positive feedback about the program so far.

“We’re hearing it gives older students more flexibility if they have a job or play sports or are helping out at home,” Lewis says. It also allows for better time management by students, she says, because “they can use their free time at school to access library materials, and they can log on through school-issued computers.”

It also has eliminated a problem for younger users who frequently lose their library cards. “All they have to do is remember their student ID, and that’s one of the first things kids learn in school,” she says.

While it’s too soon to determine the success of the program in Kansas City, the Nashville program has been paying off, according to NPL spokesperson Emily Waltenbaugh.

“This academic year, as of last month, students already borrowed 32,000 items through the Limitless Library program from August to the end of October,” Waltenbaugh says, who noted a marked increase at “all of their libraries across the board.” 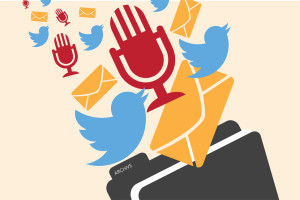 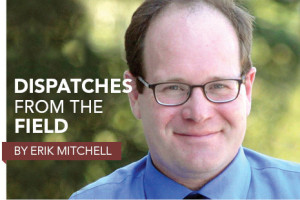