Imagine a school where a corner of every classroom contains a corporate interloper, someone with a clipboard tracking student behavior—what they like, what they wear, what they eat for lunch—in order to target them for the company’s ads and products. Impossible, right? No school board in the country would let it happen.

But in one sense, it’s already happening. In December 2015, the Electronic Frontier Foundation (EFF), a nonprofit digital technology rights group, filed a complaint with the Federal Trade Commission against Google for Education, alleging that the company is surreptitiously collecting data about students as they use their school-owned Chromebooks and education apps—data that they’re using to target those kids with ads. In fact, EFF says, those innocent-looking laptops even have settings that allow a school administrator to share children’s personal information with the internet giant.

In an age where more of our lives take place in the digital world, we all have a lot to learn about privacy. But for children and teens still developing their identities and personalities, privacy is essential, says librarian Mike Robinson, head of systems at Consortium Library at the University of Alaska Anchorage and chair of the American Library Association’s Intellectual Freedom Committee’s Privacy Subcommittee.

“Children need more privacy as they get older in order to form their own opinions and figure out who they are,” says Robinson. “They need space to do this free from surveillance. It’s not absolute, but there needs to be room for them to develop their own set of viewpoints, separate from educators, separate from parents, and separate from librarians.”

As defenders of intellectual freedom, Robinson says librarians have an obvious role in both protecting the privacy of children and teaching them how to protect themselves.

Children need more privacy as they get older in order to form their own opinions and figure out who they are.

—Mike Robinson, head of systems at Consortium Library at the University of Alaska Anchorage and chair of the American Library Association’s Intellectual Freedom Committee’s Privacy Subcommittee

“The librarian should be the advocate for student privacy, both in the library and in schools,” says Robinson. “We should be the privacy experts inside schools and libraries, and we should be the champions of privacy.”

The heart of privacy is the control of information, says Deborah Caldwell-Stone, deputy director of the ALA’s Office for Intellectual Freedom (OIF), and children deserve that as much as adults, she says.

“Young people are often never given control of their information. Their privacy isn’t respected in the way that we would respect it for adults. We can do better than that. We think that no matter what someone’s age is, their privacy should be respected,” says Caldwell-Stone.

Respecting the privacy of young people means honoring their intellectual freedom and keeping their information private, as well as teaching them how to be good digital citizens, she says. She cites the National Academy of Sciences’ metaphor of the internet as a swimming pool: It offers plenty of opportunities for recreation and learning, but it can be dangerous, too.

“You can teach them how to swim, or you can put up a fence. What happens when they climb that fence and open the gate? The best thing is to give kids the education to protect themselves,” says Caldwell-Stone.

Although many adults share the perception that children and teens have no concept of or worries about privacy online, research shows that’s not actually the case. For more than a decade, Denise Agosto, professor of information science at Drexel University, has been studying how young people perceive technology and threats to their privacy.

How to Learn and Teach Digital Citizenship

What Agosto has shown in her research is that teens want to know about privacy and how to protect themselves, but our current efforts to teach them are falling flat. Agosto has spent thousands of hours in public schools and libraries across the country in the past decade, and what she’s seen has been disappointing.

“The majority of it is built on scare tactics,” she says. “We’re telling them everything is dangerous, and that turns them off. There are so many terrible videos of people telling their horror stories that just don’t work. The end result is that most teens are not that well educated on safety and privacy issues.”

One message is getting through, though, says Agosto: that information you put on the web stays on the web and can affect future college and employment prospects. But more needs to be done, she says, and librarians are perfectly situated to educate today’s youth on privacy issues.

“Young people are much more interested in learning from adults they have trusted relationships with, and librarians already have those trusted relationships,” Agosto says. “Even librarians who feel like they are not very technical can do this. It’s not so much a technical issue but having discussions about critical thinking and creating a safe environment where they talk about what they’ve experienced online.”

“School librarians are in a unique situation,” Preddy says. “The school librarian doesn’t just get to work with all kids in the school, but all staff in the school. We can teach other adults about online privacy and help them incorporate it into their lessons and classes.”

In addition, school librarians can host educational events for parents and community members, teaching them the basics of good digital citizenship and helping reinforce what kids are learning in school.

Preddy cautions that teaching kids about their “digital footprint” isn’t a one-and-done lesson plan but a continual process that should expand as kids get older and become more sophisticated internet users.

“It’s really trying to put it in their minds at a young age and continue to reinforce it. It takes a long time to build good habits,” she says. “You introduce something, and then you have to enrich and reinforce and expand the concept. That’s what we need to do with kids to help them develop good habits online.” 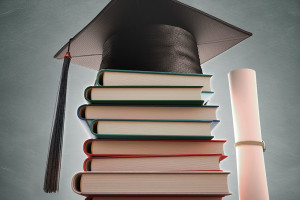 Some of the best original student research can be turned into practice. Here’s how