My time as ALA president has been personally and professionally transformative as I learned more than I thought possible in 12 short months. Early on in my presidency, I realized just how quickly I needed to ramp up my knowledge of information policy issues like net neutrality, and critical legislation such as the Every Student Succeeds Act. In addition to learning, I also worked to launch ALA’s new public awareness campaign, Libraries Transform. Whether I was talking to a reporter, giving a keynote at a state library convention, or addressing a member of Congress, I sought to communicate one consistent message: Libraries of all kinds are neither obsolete nor nice to have; libraries are essential.

Thanks to my colleagues, I heard incredible stories about the library professional’s role in education, employment, entrepreneurship, engagement, and empowerment. From the librarian who stood for intellectual freedom by fighting to keep LGBT titles in her collection to the professional who developed a social media curation tool to support academic research at his university, there are many powerful stories to share of transformative library work.

But there was also heartbreak. Individuals reached out to ALA as deep budget cuts resulted in position eliminations at schools across the United States. Working with ALA’s Office for Library Advocacy, state affiliates, and state associations, we sought to reinforce the value of school librarians. We appealed to governors and legislators, asking them not to approve legislation that could impact library success at the ballot or block the appointment of board members. We joined coalitions in support of privacy policy. We provided a sound foundation of support for libraries facing crisis at the local level. And in many cases, we were successful in helping to save funding and jobs.

During my term, I made it a priority to collaborate with ALA offices, divisions, member leaders, and local partners, including state chapters, state libraries, chapter councilors, school affiliates, local librarians, and trustees. We are strongest when we are one ALA, strategizing together on advocacy, op-eds, and letters to the editor, and writing to elected officials, boards, and other policymakers, using one voice bolstered by the power of 58,000 members.

One of our strongest “wins” involved working with the ALA Washington Office to communicate the value of a progressive librarian in the Library of Congress. Of course, Carla Hayden’s nomination was a big win for all librarians, but the bigger win will be her confirmation and the transformation of LC.

As I prepare for National Library Legislative Day 2016 in Washington, D.C., I know that a clear, consistent message is key. Our numbers and data count in government relations and advocacy. But we must supplement that with stories of the individual opportunity and community progress that public, school, academic, and special libraries make possible. I’ll continue to share those successes on Twitter at @sari_feldman.

During this year, I have gained insight into our profession and will be a better advocate for libraries. I am grateful to our members for their support during my term, and I am thankful to the many state associations, individual libraries, and MLIS programs that invited me to speak to members and students. Each visit expanded my understanding and appreciation of our profession and contributions to society. I am indebted to my colleagues and partners in the field, the many staffers at ALA, and the staff and board at Cuyahoga County (Ohio) Public Library who supported me during the past year. Thank you. 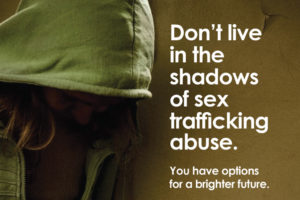 Out of the Shadows

Is the appeal of the “right to be forgotten” more about anonymity or control?