The Health Effects of 3D Printing

Basic steps you can take to protect your patrons and staff

As makerspaces and fab labs increase in popularity, more and more libraries are adding 3D-printing capabilities. According to a 2015 American Library Association (ALA) report, 428 public library branches have made this technology available. Some potential issues of 3D printing, such as the threat of printing weapons and copyrighted works, are often considered. However, discussion of the health hazards associated with 3D printing is rare.

Several studies have shown that 3D printers produce high amounts of ultrafine particles (UFPs) and volatile organic compounds (VOCs) while in use, and that these particles and vapors are detectable for many hours after the printers have been shut off. UFPs have been linked to adverse health conditions, such as asthma and cardiovascular issues, because they can pass through the lungs and travel to other organs. They can also transfer toxic material into the body, including blood and tissue cells. The US Environmental Protection Administration has classified many VOCs as toxic air pollutants. Exposure to certain VOCs, such as benzene and methylene chloride, has been linked to cancer.

UFPs and VOCs are produced by thermal decomposition when a 3D printer heats and melts a plastic filament. The most popular filaments used in 3D printing are acrylonitrile-butadiene-styrene (ABS) and polylactic-acid (PLA) filaments. Brent Stephens conducted one of the first studies on desktop 3D printer UFP and VOC emissions in 2013 in the journal Atmospheric Environment. Since then, several other studies have tested 3D printers, using both ABS and PLA filaments. Most of the studies were conducted with low-cost 3D desktop printers, the kind that libraries are most likely to purchase. The studies concluded:

All of the studies concluded that 3D printers should be placed in well-ventilated areas to limit exposure to UFPs and VOCs. Some 3D printers have built-in ventilation systems; libraries should purchase these over nonventilated, less expensive versions.

The main food safety concern with 3D printers is bacterial growth due to small fissures in printed objects. Items made by 3D printers are porous, allowing bacteria to grow over time and to potentially become a health hazard. Also, children playing with 3D-printed objects run the risk of coming into contact with bacteria growing on the object after it has become soiled. Cleaning the object might prove difficult because high dishwasher temperatures can melt or warp the item (especially with PLA-printed objects). Some filaments (other than ABS and PLA) are food safe, including polyethylene terephthalate (PET), which has been FDA approved for direct food contact.

ABS-created plates, cups, and utensils can transfer dangerous chemical residues, including 1,3-butadiene, a probable human carcinogen that can cause irritation to skin and mucous membranes through contact with food. Also, UFPs and other residues from the 3D printing process could still be on the printed material. These levels are small but should still be of concern to those using 3D-printed material as dinnerware.

As new studies are conducted, we will continue to learn more about the hazards of using this technology, as well as the ways we can protect ourselves and our patrons from short- or long-term health effects. Until additional data is available, library staffers should do the following to reduce their exposure to UFPs and VOCs:

Libraries or any public space providing or considering 3D-printing services should evaluate their space and printing policies to ensure this technology is used as safely as possible. Free safety consulting programs are available through many state workers’ compensation systems.

SHARON RONEY is library administrator, AMELIA KLEIN is a librarian, and ANDREW HART is reference librarian for the Ohio Bureau of Workers’ Compensation, Division of Safety and Hygiene, in Columbus. 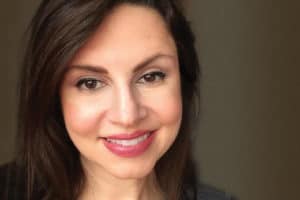 A Conversation with Author Jennifer Velásquez

Discussing the genesis of her book on teen services 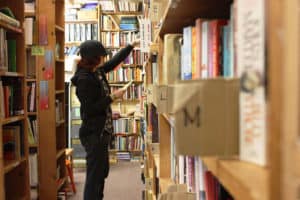 The Freedom of Reading