It starts with library cards

The romantic appeal of library cards is hard to deny. A look at the hashtag #firstlibrarycard on social media will turn up stories, photos, and enthusiasm about the milestone of receiving one’s first card. Whether they’re used or not, library cards are tokens of belonging and potential. They come with privileges and responsibilities and a whole new relationship to the world. They’re a big deal.

The 2014 Pew Research Center survey and report From Distant Admirers to Library Lovers—and Beyond looked at types of public library engagement in the US. Of the two groups least engaged with libraries—“distant admirers” and “off the grid”—28% nevertheless reported that they have a library card. That’s kind of remarkable.

It makes sense to start with a noninstrumental view of library cards. They have meaning to people whether or not they are used. The cards confer civic membership. They embody access to a place in the city. From that starting point, we can extend library cards’ meaning and use in practical ways.

Used frequently or infrequently, the cards themselves are carried around, seen, and handled by library members. Their designs affirm the library’s brand and can communicate in other ways. San Diego Public Library created limited-edition cards for Comic-Con and issued them with library registration at the event; special library cards were created for the opening of its new Central Library; and when new members register, they can choose a card in one of five colors. Similarly, Seattle Public Library created cards in partnership with the National Football League and the Seattle Seahawks. Brooklyn (N.Y.) Public Library offered a Sesame Street card to accompany an exhibition. Cleveland Public Library created a card honoring local comic book author Harvey Pekar of American Splendor fame.

Library cards create a connection with members. Using them may remind users of the time they got their card—their membership—at a special event or a local occasion, or when they just selected their own color. They’re part of the library community, with a history that is both personal and shared.

Libraries have led library card campaigns for years. In 1987 the American Library Association (ALA) launched Library Card Sign-Up Month. That effort originated with then–Secretary of Education William J. Bennett who said, “Let’s have a national campaign … every child should obtain a library card—and use it.” Every September, thousands of public and school libraries join in this national effort.

The recognition of library membership as a valuable focus continues to grow. In 2015 the Obama administration’s
ConnectED initiative set a goal for public libraries in 30 cities to register every student for a library card. The challenge is supported by the Institute of Museum and Library Services, the Urban Libraries Council, and ALA. In some cases, the goal is pursued through traditional means—essentially, library card campaigns partnered with schools. In others cases, library membership is directly integrated with school enrollment. Library registration and activation are automatic via school enrollment in each of these districts:

One way to build on library membership is to make the library card the hub of access to other community resources.

Denver’s My Denver card is an ID/pass for youth ages 5–18. The card was first developed as a teen pass to city parks, recreation facilities, and programs and was issued by public schools on an opt-in basis. Library services were added in January 2013. The library imported the My Denver database records into its integrated library system (ILS) as needed. Beginning in 2016, all Denver public school students are issued a My Denver card via school registration with a simple opt-in. The schools provide Denver Public Library (DPL) with a data file that is loaded into the ILS. These accounts require no other activation for database and ebook access. For circulating materials, youth using the library obtain a library barcode to add to the record, but no other forms or permissions are required.

“The big thing is making it really clear and easy for parents,” says Jennifer Hoffman, manager of books and borrowing at DPL. “One of the things we realized early on is that the kind of parent who’s going to see the library as a benefit for their child probably has already signed up their child for a library card. We have to be prepared for duplication and how to deal with that.”

While the My Denver card started independently of the library, the library was envisioned early on as a partner. Today there are 70,000 cards activated for online services with DPL. No visit to the library is needed for that level of membership. To activate a card for full borrowing privileges, students need only visit the library and present their card.

Just as important, Denver’s Office of Children’s Affairs has worked with the Denver Art Museum and the American Museum of Western Art to add museum admission benefits and discounts to the My Denver card, including admission to the Denver Botanic Gardens, Denver Center for the Performing Arts, Denver Zoo, and Denver Museum of Nature and Science. Work is under way to include mass transit access.

All of this places DPL at the hub of Denver youths’ access to local arts, culture, recreation, and education. That’s real community membership.

Who needs a ride?

Iowa City Public Library’s strategic planning process led to the development of an innovative partnership. The library, which does a community survey every five years, had frequently noticed that its members wanted easier access to the downtown library, in part driven by perceptions of limited parking in the area. The library also had data showing that its patrons came from all over the city but that some underserved neighborhoods had transportation barriers impeding access. Making it easier to visit the library became a strategic plan initiative.

They first experimented with a program that allowed any patron at the library with a valid library card to receive a pass for a bus ride home the same day. The program was good for Tuesdays through Thursdays and was available from all library public service desks. The limited schedule proved confusing, though, so it was later expanded to all six days with bus service. A simple tracking program limits patrons to two uses per week. The library complemented the program with a summer bus to the library, free to students up to age 18 and adults riding with them.

“It’s wonderful to go to a school and say, ‘Hey, if you have trouble getting to the library, all you have to do is show your library card and you can hop on a bus!’” says Kara Logsden, community and access services coordinator for Iowa City Public Library. “It’s brought a lot of kids into the library.”

The bus rides are all charged to the library at a discounted rate by Iowa City Transit. The library budgets for the cost, which was a little more than $2,000 in 2014. Statistics on the program show strong and growing use. In summer 2015 there were more than 3,200 summer bus rides downtown. While the usage is measurable and has tangible benefits, investing the library card with real-world applications like this has intangible value as well. The membership role of the library card grows. Members have access to the library and to their city: books, public places, programs, and mobility.

Programs like these demonstrate excellent ways that librarians have extended memberships. Local governments have also led noteworthy programs of civic membership, usually with ties to libraries. Municipal IDs are photo IDs provided by an increasing number of cities and counties. The cards help community members who have difficulty obtaining state-issued IDs—undocumented immigrants, the homeless, foster youth, the elderly, and formerly incarcerated individuals—to gain better access to civic and economic life.

The largest municipal ID program is New York City’s IDNYC, with 863,464 cardholders as of June 2016. Library registration is not automatic, but the IDNYC card can be tied to existing library accounts or used to open new ones at all three library systems that cover New York City’s five boroughs. About 10 other cities offer municipal IDs, and an equal number are seeking them. In most cases, government agencies run the service, but there are also private and nonprofit-administered programs. A survey of 70,000 IDNYC cardholders found that among immigrant cardholders, 36% rely on the municipal ID as their only form of photo identification, and 77% reported that their IDNYC card has increased their sense of belonging to the city.

IDNYC and other municipal ID programs have paired additional benefits to the IDs, including discounts at cultural institutions and local businesses, access to park and recreation centers, and the inclusion of emergency and medical information. Over half of IDNYC survey respondents have used the card to obtain free memberships to 40 cultural institutions and to receive discounts on groceries, pharmacies, and fitness centers.

While these programs have not originated with libraries, libraries have been active partners in them. Where localities do not have the interest or capacity to lead on municipal IDs, libraries might pursue a leading role. They have relevant experience in all aspects of these projects. Where the IDs are led by other city departments, libraries should be primary enrollment centers. The fit with libraries’ mission and expertise is clear and consistent with the fundamental role of membership and community identity in library practice.

A home for community membership

Library membership is important to facilitating access to the world around us. It ties a wide variety of programs and services together. It is also a reminder that making the valuable resources around us more available to all has a longstanding institutional home and practice: the library and librarianship.

There are many directions for benefits attached to library membership yet to come. The thoughtful, deliberate work of local-access librarians will yield results that we can all learn from. We know that librarians have the expertise, experience, connections, and place in the community for the job. Let’s see what they come up with.

Leaders in the Library

Building on the Libraries Transform campaign 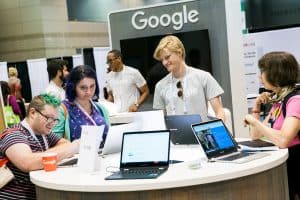 Products for efficiency and engagement in the Annual Conference exhibit hall